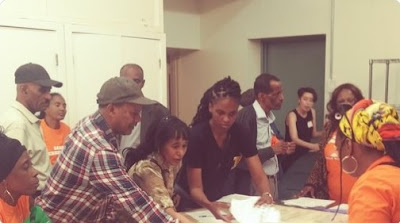 Two months have passed since the utter, shameful debacle that was the Parkdale NDP's federal nomination meeting and there have still been no serious answers or explanations as to what happened from the federal NDP power brokers.
As we have pointed out already on The Left Chapter, to say the optics of this meeting were not good would be a stunning understatement.

We have looked at this before on The Left Chapter in posts like What happened at the Parkdale NDP's nomination meeting? and Saron Gebresellassi and her organizers on the Parkdale - High Park nomination disgrace.

There is little doubt that the NDP establishment is hoping that this appalling shitshow is simply forgotten about but some of Saron Gebresellassi's supporters and organizers like Matt Fodor don't want to let people sweep it all under the rug.

As Fodor says "According to @NDP and  @phpndp the room was "diverse" and there was no discrimination.  Let's have a look, shall we? 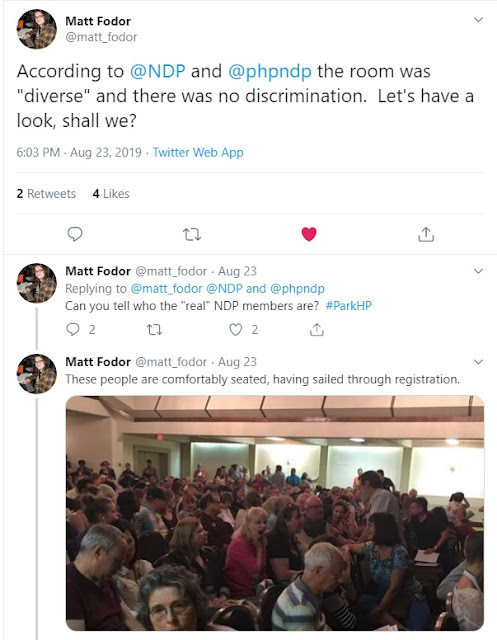 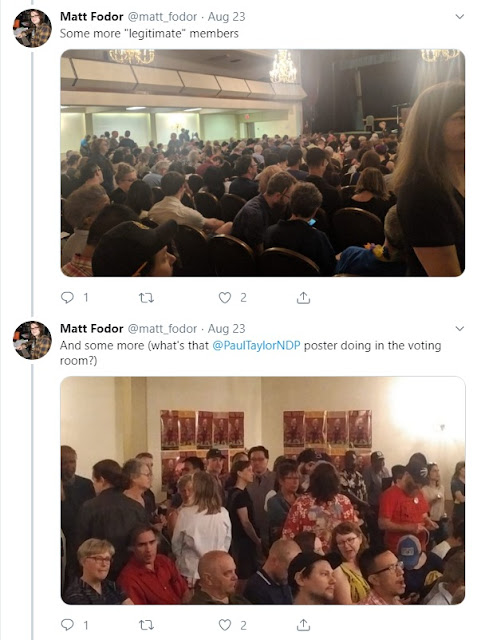 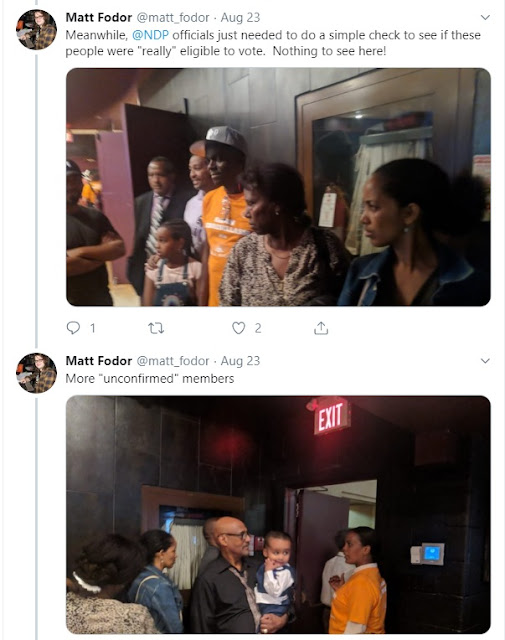 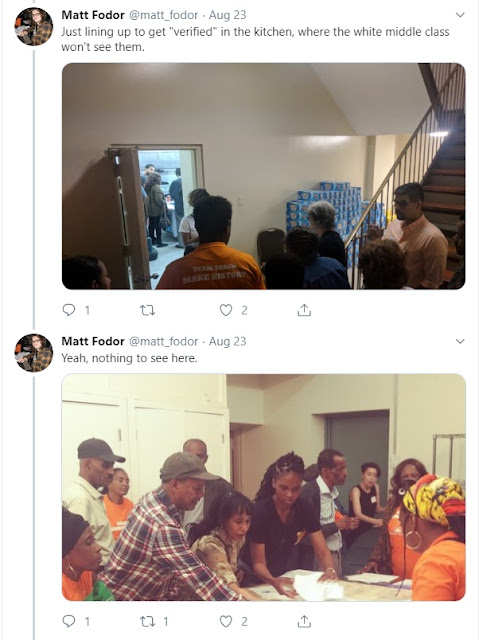 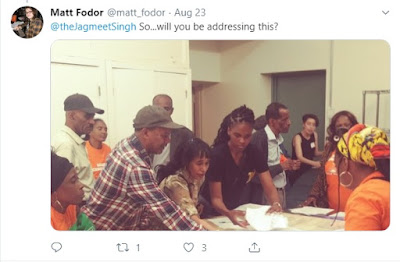 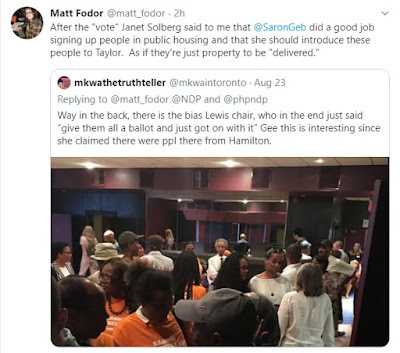 Posted by Michael Laxer at 7:35 PM