Soviet Frunze 1970 -- Vintage Photos of the City of Green Leaves 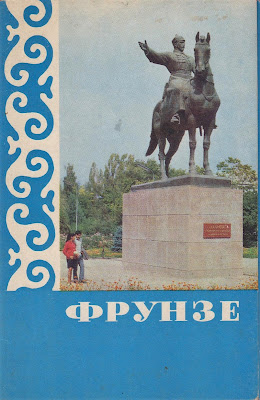 During the Soviet era the capital of the Kirghiz SSR was Frunze. The post above has a section devoted to Frunze called "The City of Green Leaves" due to the fact that the city had more trees per resident than any other in the USSR. Frunze was named after the Bolshevik revolutionary leader Mikhail Frunze who was a close associate of Lenin and who died in 1925. Frunze had been born in the city when it was a sleepy Czarist outpost called Pishpek. Since the fall of the Soviet Union the city has been renamed Bishkek.

Here we are looking at a small folder of nine vintage postcard photos of Frunze in 1970. At that time the city's population was around 430,000. 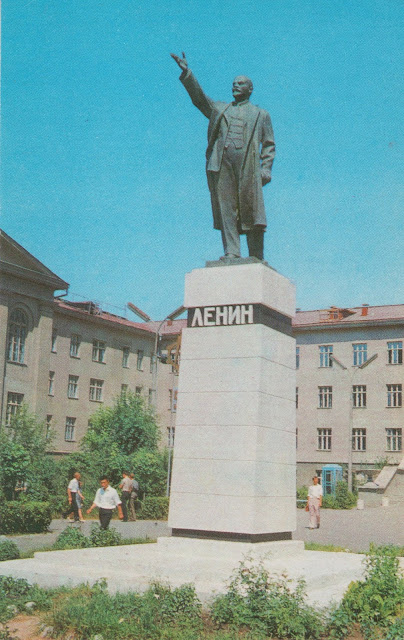 Monument to Lenin at the Polytechnical Institute 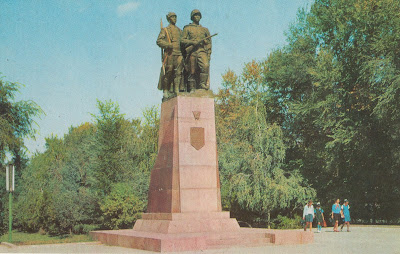 Monument to the Hero Members of the Young Communist League
Sculptor: V. Puzyrevski Architect: A. Korzhempo 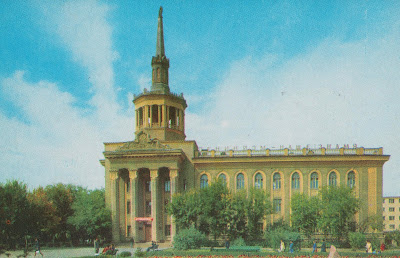 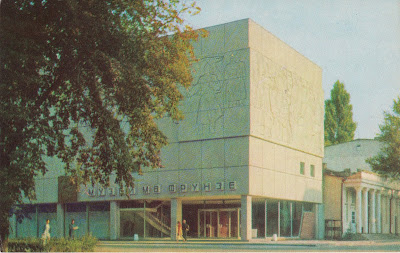 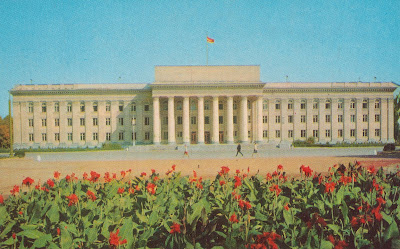 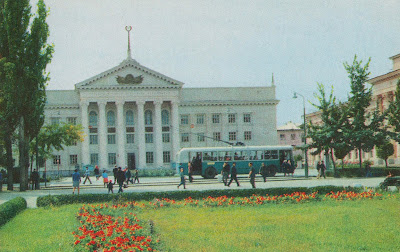 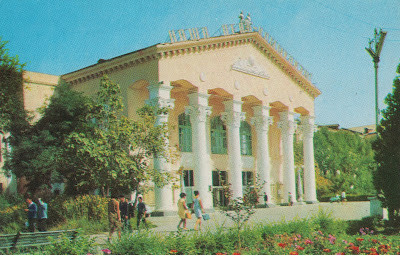 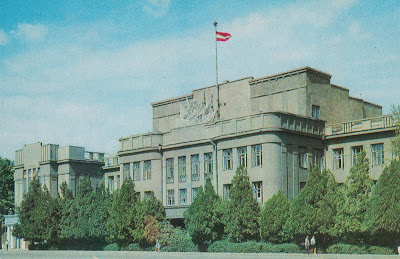 Presidium of the Supreme Soviet of the Kirghiz SSR 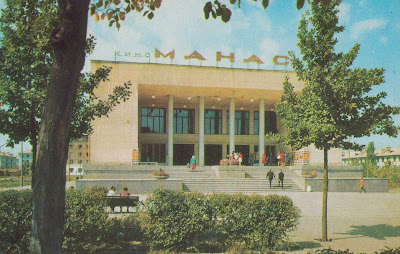