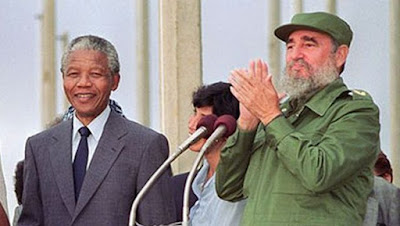 This list covers the week of November 20 - November 27. It is in order of date of the article's  release.

All of a sudden it’s not so terrible to be anti-Semitic. Suddenly it’s excusable as long as you hate Muslims and Arabs and “love Israel.” The Jewish and Israeli right has issued a sweeping amnesty to anti-Semitic lovers of Israel – yes, there is such a thing, and they’re en route to taking power in the United States.

Four barbers and a firefighter were pondering their future under a Trump presidency at the Upper Cutz barbershop last week.

“We got to figure this out,” said Cedric Fleming, one of the barbers. “We got a gangster in the chair now,” he said, referring to President-elect Donald J. Trump.

They admitted that they could not complain too much: Only two of them had voted. But there were no regrets.

3) Lessons from Italy: the Dangers of Anti-Trumpism

Comparisons between Donald Trump and former Italian PM Silvio Berlusconi abounded throughout the presidential election campaign and have only proliferated since Trump declared victory. They are not entirely ungrounded.

Trump and Berlusconi are both men who came to power from business rather than politics and both have presented their inexperience with the political establishment as a mark of purity. They have both insisted on their entrepreneurial success as the most evident proof of their qualification to rule the country. Like Plato’s tyrant, they both exhibit an ethos based on a dream of continuous and unlimited jouissance and an aggressive and hubristic eros (though Berlusconi prefers to think of himself as an irresistible seducer rather than a rapist). They both indulge in gross misogynistic and racist jokes and have reshaped public language by legitimizing insult and political incorrectness as acceptable forms of political communication and by embodying an exhilarating return of the repressed. They both revel in kitschy aesthetics and don the orange hue of artificial tanning. And they both allied with the far right in order to advance a political project of authoritarian neoliberalism and unbridled capitalism.

4) I have never been sexually assaulted

I have never been sexually assaulted.

When I was five-years-old I went to an in-home daycare, run by a woman who had a son and some daughters (a combination of my age at the time and the years that have passed make me unable to remember precisely how many). The woman’s daughters were older than me, but younger than the boy. He may have been in grade six or even in high school — to me he was just a “big kid.”

The first round of the French presidential election is five months away, yet France is already in political turmoil. There are several reasons. First, François Hollande, the incumbent president, is so weak and discredited that some expect him to pull out of the race altogether. This would be an unprecedented move for a president in office.

Second, Marine Le Pen, leader of the Front National, is going from strength to strength. She is consistently polling at more than 20% of the share of the vote (against 17.9% in 2012) and seems guaranteed to make it to the second and decisive round of next year’s presidential elections. What’s more, Le Pen’s rise has been directly affecting her opponents across the political spectrum.

6) Lashing Out at ‘Identity Politics,’ Pundits Blame Trump on Those Most Vulnerable to Trump

Over the past two weeks, pundits from all ends of the spectrum have been scrambling to explain Clinton’s unexpected loss, with reasons spanning from the plausible to the highly dubious; WikiLeaks, Bernie Sanders, fake news, Jill Stein, Russia, bad algorithms and the FBI have all been accused of having sole or part responsibility. Lately, however, a new, entirely bogus culprit has emerged from center and center-left circles: “identity politics” and its close cousin, “political correctness.”

The first person who helped me after I was sexually assaulted by a stranger in 2012 was a tiny female jogger. Before she came to my aid, and after the assault was over—for reasons I’ll never understand—my rapist followed me. I walked fast for an hour trying to get to my house while he tailed me. As the sun was coming up, there was a woman across the street, out on her morning run. I didn’t even see her cross over to my side—but suddenly she standing between me and my rapist, yelling at him. He fled. She walked me home, made sure I was inside, then jogged off. I never saw her again.

Prime Minister Justin Trudeau was the top draw at a $1,500 Liberal Party cash-for-access fundraiser at the mansion of a wealthy Chinese-Canadian business executive in May. One of the guests at the event was a well-heeled donor who was seeking Ottawa’s final approval to begin operating a new bank aimed at Canada’s Chinese community.

I thought this would happen.

As Democrats begin to deal with the severe emotional reality of a Donald Trump presidency and a conservative Congress, they need someone to blame. They are good at that.

No doubt, many people blew this election, Hillary Clinton and the Democratic establishment chief among them, but black folk and Bernie Sanders supporters simply don’t deserve one iota of blame.

10) Mystery solved in the case of the missing transit revenue

To hear some members of city council tell it, Toronto is like the setting of some heist film — Ocean’s Fourteen: The Great Transit Caper. Hardened thieves are scheming and sneaking and disguising themselves as children all to the ends of ripping off the transit system. Sounds like a case of [Duh-duh-duuuuuuuuuuhhhhn] fare evasion.

PayPal does business in 203 countries around the world and is the default method of online payment for millions. But it won’t serve Palestinians in Gaza and the occupied West Bank -- even though it has no problem providing Israelis living in illegal settlements with the same service.

I share the horror of millions of people over Donald Trump’s ascendance to the White House. While Trump lost the popular vote and the majority of the American people do not agree with his right-wing positions, bigots are nonetheless feeling emboldened. A surge in bullying and hate crimes has taken place, and the KKK felt confident enough to hold a victory rally in North Carolina.

13) Impassioned Sandra Jansen calls on legislature to stand against misogyny

Calgary MLA Sandra Jansen drew a standing ovation Tuesday after she rose in the legislature and gave an impassioned speech denouncing the hateful and misogynistic comments she has faced since crossing the floor to join the NDP last week.

The first words out of the former Tory MLA's mouth likely raised eyebrows when she said: "What a traitorous bitch!"

Wave the magic wand and the problem goes away. Those pesky pollution laws, carbon caps and clean-power plans: swish them away and the golden age of blue-collar employment will return. This is Donald Trump’s promise, in his video message on Monday, in which the US president-elect claimed that unleashing coal and fracking would create “many millions of high-paid jobs”. He will tear down everything to make it come true.

17) Buckingham Palace advertises for new gardener... who will earn less than the London Living Wage

Buckingham Palace is advertising for a gardener where the successful candidate will earn less than the recommended London Living Wage.

An advert has been placed on the Royal Household website for a live in gardener with a salary of £17,000, which works out at £8.72 an hour for a 37-and-a-half-hour working week.

18) Conservative MP Kellie Leitch calls for CBC to be dismantled

Conservative leadership candidate Kellie Leitch is proposing to sell the CBC, saying she doesn’t believe the broadcaster should be “propped up by taxpayers.”

Arctic scientists have warned that the increasingly rapid melting of the ice cap risks triggering 19 “tipping points” in the region that could have catastrophic consequences around the globe.

San Francisco quarterback Colin Kaepernick is being asked once again to explain a controversial message — this time for wearing a T-shirt featuring Malcolm X and Fidel Castro during a news conference.

Please don’t read this unless you are feeling strong. This is a list of 13 major crises that, I believe, confront us. There may be more. Please feel free to add to it or to knock it down. I’m sorry to say that it’s not happy reading.

The former University of British Columbia student who accused Steven Galloway of sexual assault says her complaint against the acclaimed author was not about a "consensual affair."

23) Jo Cox's murder was followed by 50,000 tweets celebrating her death

More than 50,000 abusive and offensive tweets were sent celebrating Labour MP Jo Cox’s murder and lauding her killer, Thomas Mair, as a “hero” or “patriot” in the month following her death, prompting calls for the government to do more to tackle hate speech online.

Fidel Castro is dead at 90. He took power in 1959, at the head of the joyful, raucous, and brash Cuban Revolution, which was immediately placed under siege by Washington. Castro almost outlasted 11 US presidents—Eisenhower, Kennedy, LBJ, Nixon, Ford, Carter, Reagan, Bush I, Clinton, Bush II, and passing in the waning days of Obama’s last term. Perhaps he just couldn’t bear the thought of President Donald Trump. Having been sanctimoniously lectured by all 11 US presidents on what constitutes proper democratic procedure, he might have thought Trump, about to take office with a minority  of the vote and with significant voter suppression, a vindication.

Finally, while not from the last week, this article is worth sharing again in the wake of the death of Fidel Castro:

We have come here today recognizing our great debt to the Cuban people. What other country has such a history of selfless behavior as Cuba has shown for the people of Africa? How many countries benefit from Cuban health care professionals and educators? How many of these volunteers are now in Africa? What country has ever needed help from Cuba and has not received it? How many countries threatened by imperialism or fighting for their freedom have been able to count on the support of Cuba? 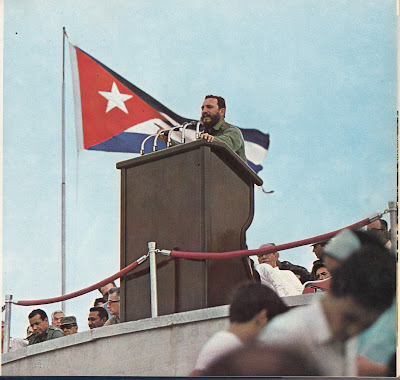 "Nothing in the world is irreversible, not even capitalism."

Posted by Michael Laxer at 8:26 AM