Just what is going on with Canada's labour movement leadership? 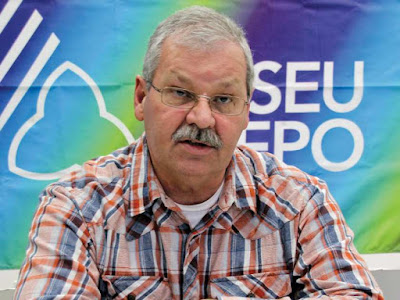 The last few weeks have seen a series of what are seemingly truly perplexing moves and actions by some of the country's most important labour leaders.


Each and every one of these actions are awful and reprehensible in their own right, though the final one -- coming especially as it does from the union led by the pseudo-sanctimonious Warren 'Smokey' Thomas whose highlights include an outrageous attack on left-wing "white wine swilling elitists" during the 2014 provincial election and a de facto endorsement of Tim Hudak over Kathleen Wynne for Premier -- takes hypocrisy to a new level.

Hopefully Smokey was cracking a good old-fashioned crappy Bud as his union called a management lawyer to try to attack its own workers who are now taking legal action over allegations of:

I think Smokey's days of lecturing anyone about anything related to worker's rights or 'elitism' can be officially said to be at an end.

What connects all of these incidents and leaders, however, is an obvious detachment from the principles they allege to support -- such as living wages or a serious restructuring of the economy --and their actual actions.

There is nothing new about this. It becomes apparent in almost all elections on every level.

That same Toronto & York District Labour Council who invited the Liberal minister, for example, released a meaningless municipal political platform in Toronto in 2014 that was not worth the paper it was printed on as they went on to endorse a series of candidates who were often liberals and none of whom actually seriously committed to the platform in anyway.

In fact, everyone of the candidates they endorsed who subsequently got elected voted for right-wing Mayor John Tory's first budget!

One of their endorsements for council, Shelley Carroll, is now getting ready to run for the profoundly corrupt and anti-labour Liberal government in Ontario. John Cartwright, the council's leader, is very comfortable with a liberal political agenda and has proven this time and again, regardless of what other campaigns and policies he and the council purport to support.

The juxtaposition of alleged principle with craven practice really does seem to both flow from a desire to preserve personal positions of power while putting the very narrow interests of specific and already existing union members ahead of the broader agenda for workers and those living in poverty that Canadian labour claims to advocate for.

It is a contradiction that -- along with the often vicious infighting among all of these leaders -- is coming into sharp focus and that deeply undermines the overall struggle for a real worker's rights agenda and politics.

See also: The CLC and the Liberals - Pandering to power