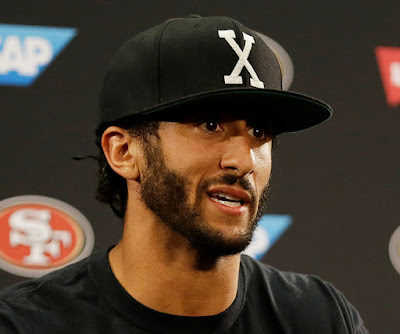 
This list covers the week of October 30-November 6. It is in order of date of the article's  release.

The word Victorian tends to evoke old-fashioned ideas: women confined in corsets, strict gender roles, and a prudishness about all things sexual. In a world where conspicuous consumerism and self-expression rule, these nineteenth-century notions of self-restraint and self-denial seem hopelessly outdated.

But the Victorian ethos is not dead, not by a long shot.

Cockroaches and bedbugs, poor ventilation and mold, faulty elevators and lack of heat in the winter.

These are among the most common problems faced by Toronto tenants, according to a new survey being released Tuesday.

Until last week, if you'd googled the name "Klara Bowman," the search would have come back with a series of stories about a drunk teacher who was fired from her job in Tacoma, Washington.

That was before a columnist with The News Tribune in Tacoma decided to uncover Klara Bowman's full story.

I am very pleased to present the following Vancouver Sun statement along with an Independent Jewish Voices Canada (IJV) Op-Ed and member Corey Levine's letter printed in their newspaper, and posted on their website and the websites of the Ottawa Citizen and the Calgary Herald. We encourage you to add your comments on their websites.

6) Instead of blaming Black Lives Matter for police getting killed, conservatives should look in the mirror

Two police officers in Iowa, Justin Martin and Tony Beminio, were shot and killed. Police described each successive shooting as an ambush that each officer never saw coming. Like most officers, these men had adoring families and a network of friends and colleagues who are absolutely devastated by this loss.

7) ﻿ The Sweetest Escape: The Chicago Cubs Win the World Series

There are no words. If the greatest predictor of the future is the past, why would anyone think that the Chicago Cubs would win the World Series in our lifetime? They hadn’t won a title since 1908. They hadn’t even appeared in the Series since 1945, before Jackie Robinson broke the damn color line. This is a team with every possible resource, rooted in a major market, managed by future Hall of Famer Joe Maddon and stocked with players chosen by the man who brought a World Series title to Boston, “The Curse-Breaker,” Theo Epstein. And yet even with all of these rational indicators, baseball fans know that this is an irrational sport.

The following sentence applies regardless of when you read this: A famous man has recently been accused of doing sexual things to a woman (or many women) without consent. At the time of this writing, it was a politician's "groping" scandal but next time it'll be unwanted dick pics a powerful man sent to an intern, or the spreading of hacked photos of some actress, or a famous athlete getting sued by a woman whose accusations didn't get anywhere with the police. And, in fact, I bet there isn't a single female reading this who hasn't been the victim of that sort of thing.

Well, here's something you should know: I was taught from birth that this behavior is exactly what women want.

9) Homeless speak out about harsh treatment by police

After visiting a friend at a downtown hospital last month, Toby Nicol stopped on his way out to make a call from a courtesy phone. Suddenly he was surrounded by four burly hospital security guards who demanded to know what he was doing.

“Before I knew it, they had handcuffed me and called police,” said Nicol, 35, a peer leader at St. Stephen’s Community House, which works with homeless and marginally-housed people in Toronto’s downtown core.

Calgary-based energy giant Enbridge Inc. is making a Toronto Hydro privatization pitch even before city council has decided to debate selling a chunk of the utility.

Enbridge’s “unsolicited proposal” is part of an uptick in pro- and anti-privatization lobbying reminiscent of the battle before council rejected a downtown waterfront casino proposal in 2013.

A new ad campaign on Toronto bus shelters confronts anti-black racism head-on with a series of posters that challenge viewers to question their potential racial bias. Part of a campaign commissioned by the Ontario Council of Agencies Serving Immigrants (OCASI) and the City of Toronto carried out by the firm Public Inc. the series is titled Toronto for All.

In an interview published yesterday the famous philosopher, and Left Forum keynote speaker, Slavoj Zizek seriously (and not merely ironically, as he has done before) declared that if he was voting in the American elections he would vote for Trump. The victory of Trump, despite Trump being absolutely "disgusting", according to Zizek would trigger a "big awakening". It would cause a fundamental shock to the American political system and force realignments, the emergence of new political phenomenon.

No, Bill Clinton is not just accused of consensual affairs. Yes, he and Hillary Clinton are a team. She has been a regular part of attacking Bill’s victims, has worn the mantle of his supposed successes, and has promised that he will have a key place in running the economy in her administration.

The girls want to learn — that much is clear. If there is one message that comes across from Al Jazeera’s article, “Educating girls in South Sudan,” (sponsored by the International Women’s Media Foundation) and written by photographer Sara Hylton, is that the girls from the Unity State of South Sudan want to pursue their education.

15) The German model is producing hell on earth!

Thank you for inviting me here to Vancouver. Thank you to all the organizations that have made this possible, especially Suzanne Jay, who invited me and organized everything.

Prostitution has always been legal in Germany, except a short period of time in the early 20th century.[1] Germany instituted a law in 2002 that tried to make out of prostitution a job as any other. The politicians thought, that it wasn´t prostitution itself that was the problem, but the discrimination of the women by the society and the lack of rights they had. Considering the problem from this perspective, they wanted to strengthen the women as best as possible. (They said): Prostitution should not be seen any more as something “against the good morals“, but as a job. For now on, the women were considered as workers, “sex workers.” And if they are workers, they should have the same rights as any other worker that run a business or is employed somewhere, like having a social security or if their rights are not respected, they should have the right to enforce a claim by legal action. The state didn´t want to put any regulations concerning the sex practices. They said that nobody can say how people should have sex. As they run a business, they are also allowed to make publicity for it. So the new law cancelled the restriction of promoting prostitution.

16) 'This city sees itself in Standing Rock': Climate advocate says dozens of Winnipeggers travelling to protest

Dozens of Winnipeggers are preparing to make a cross-border drive to Standing Rock Sioux Reservation in North Dakota, where they will join protesters there in the fight against the Dakota Access Pipeline.

On Friday, supporters packed into a West End church to drum up support and solidarity for Standing Rock and the Winnipeggers going there.

If you’re a big union having trouble with your own small union representing support staff at headquarters, who ya gonna call?

Surely not. Law firms don’t normally advertise themselves in such stark terms (and never mind copyright infringement with the Ghostbusters movie franchise).

See also: Adam Capay, the ONDP, the US Greens & more -- The Left Chapter Sunday Reading List: October 23-30
Posted by Michael Laxer at 6:38 AM