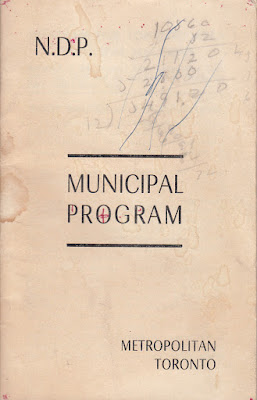 This remarkable document was published in 1969 by the authority of a Joint Co-ordinating Council of the Toronto Area Council NDP and the Labour Council of Metro Toronto sets forth a rather radical vision for the city that also serves to remind just how sad and stunted many of the municipal 'platforms' of 'progressive' politicians in Toronto are today.

Part of one of what were several attempts to launch a municipal NDP that would have run democratically chosen candidates on a joint and coherent platform (in contrast to the situation now where there are allegedly no parties and where many candidates simply pretend that their broader political allegiances do not exist), this program addresses a broad range of issues.

It favours the remaking of municipal politics to not just integrate the broader Greater Toronto Area politically, but also to democratize virtually every aspect of it, including how social housing and schools are run. It even includes a call for a "democratic  government" for all schools that would involve councils run in part by the students themselves!

The platform talks about social housing, pollution, the need for greater police oversight and accountability, tenant's rights and an array of other issues, with a section dedicated specifically to Scarborough.

One notable plank is a call for free transit, an issue that I ran on municipally in 2014, and that transit groups are fighting for, but that is mocked and derided as unrealistic by all of the milquetoast variety of municipal liberal types who pass for Toronto City Council's "left-wing" these days.

As with many documents from the NDP's past it helps put into focus the shift to the right and towards the do-nothing politics of centrist 'compromise' and capitulation that the party has embraced. 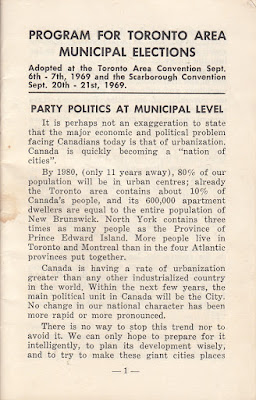 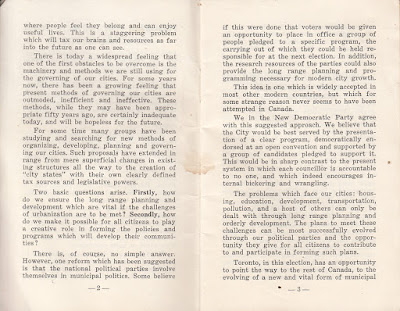 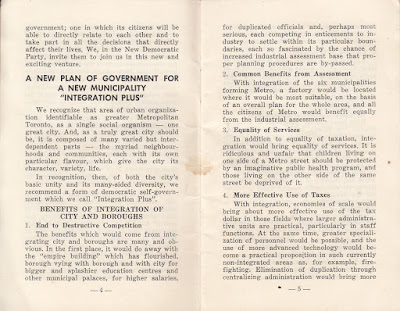 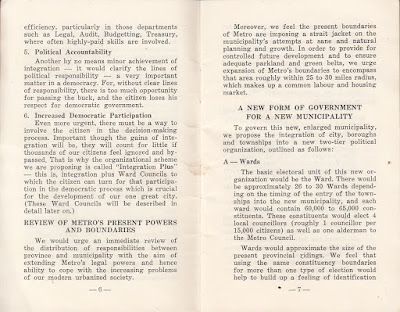 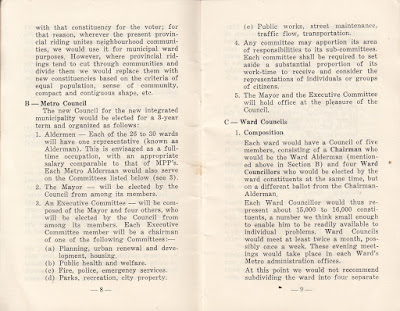 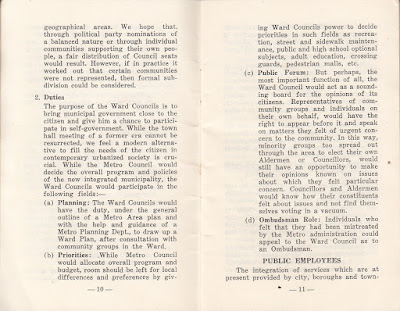 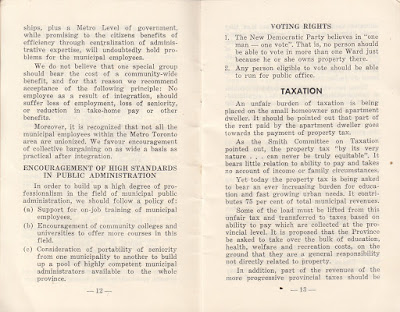 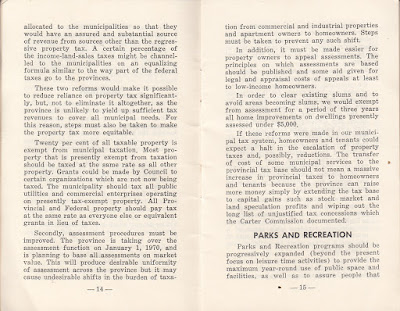 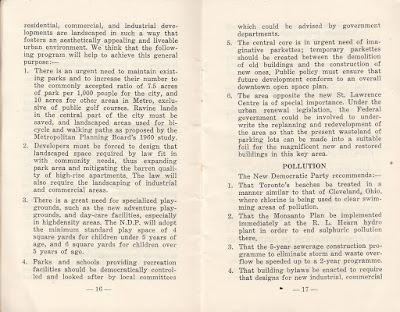 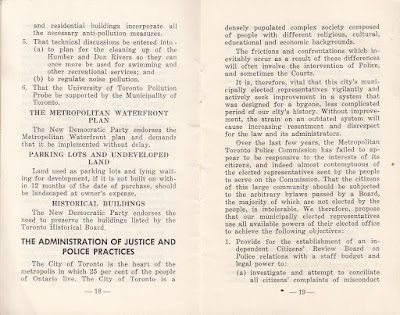 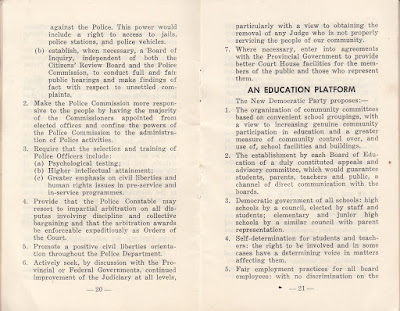 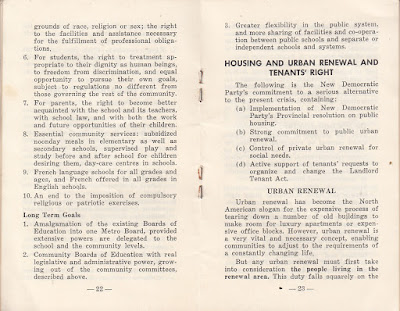 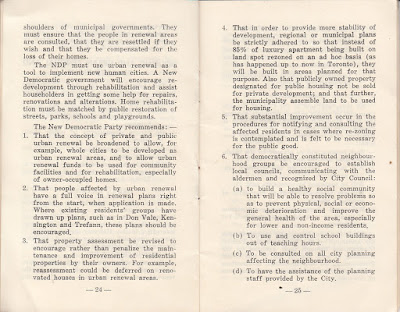 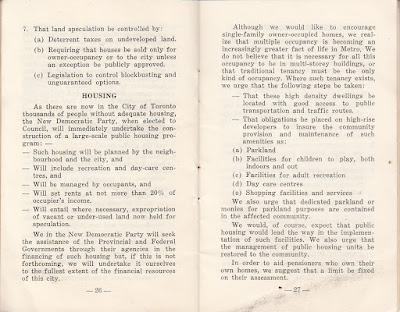 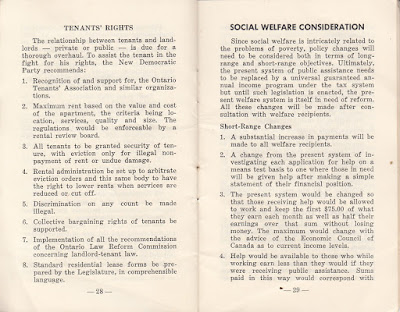 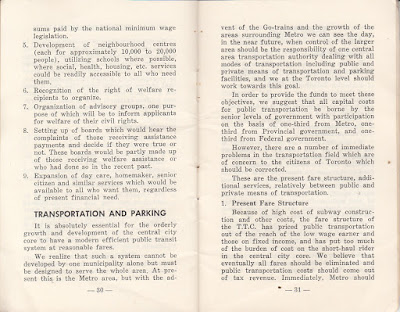 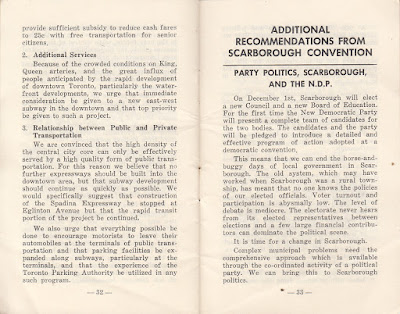 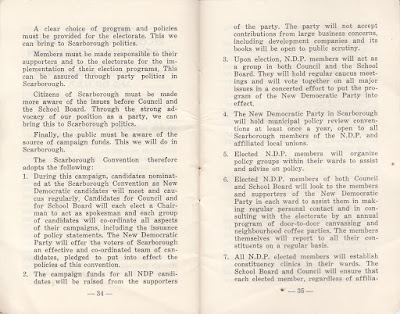 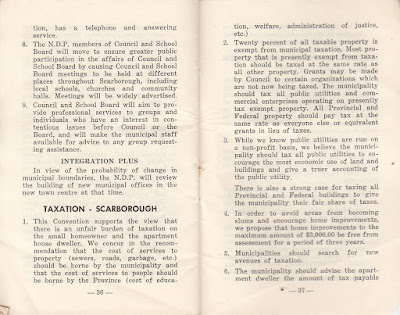 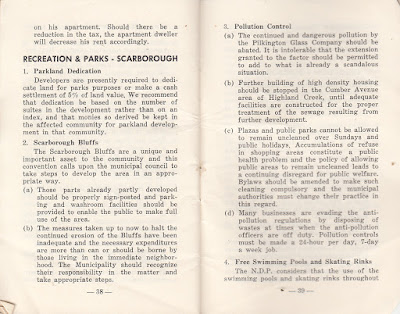 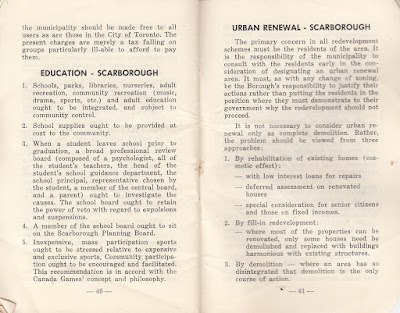 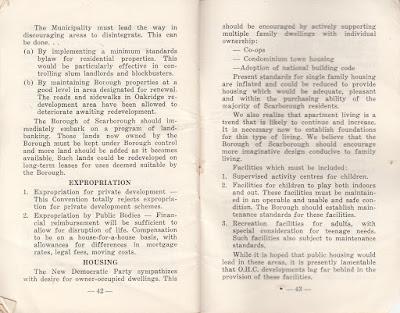 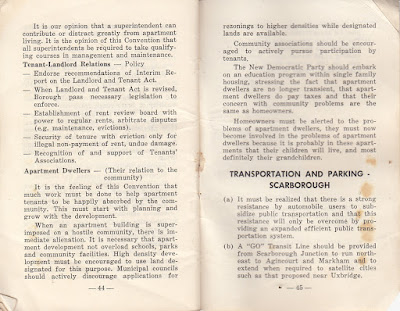 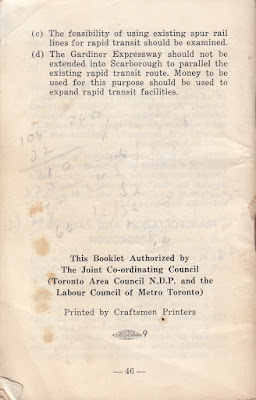 See also: Free transit: Three reasons it is an idea whose time has come

Posted by Michael Laxer at 3:03 PM