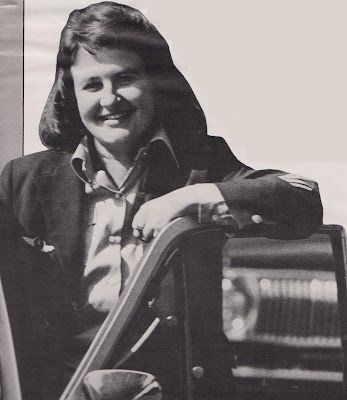 An interesting piece of Soviet social and transportation history, this brief article takes a look at the life and work of a taxi driver in Kiev, 1982. Olga Klimenchuk was a 27 year old "First Class" driver who lived with her 7 year old son and her parents on the outskirts of the city.

Kiev cabbies -- there were 5,000 of them at the time -- worked twelve hour shifts every other day. They were checked by a doctor prior to each shift and by 1982 had a computerized dispatch system.

Klimenchuk relates how she got into driving, the kinds of fares she gets, the types of items left in the cab (including, once, a doctoral dissertation) and her encounters with tourists from, among other places, the United States, France and a couple from Armenia who came to Kiev with nowhere to stay and ended up staying with her! She later went on vacation to Armenia and they hosted her in return.

She also talks of her run-ins with the traffic police of whom she was, unsurprisingly, not fond.

The article was originally published in Soviet Life magazine, May, 1982. 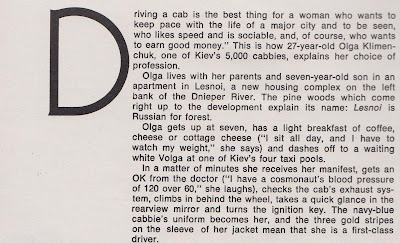 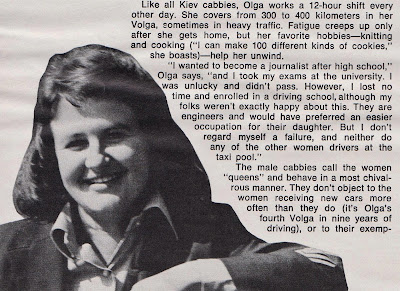 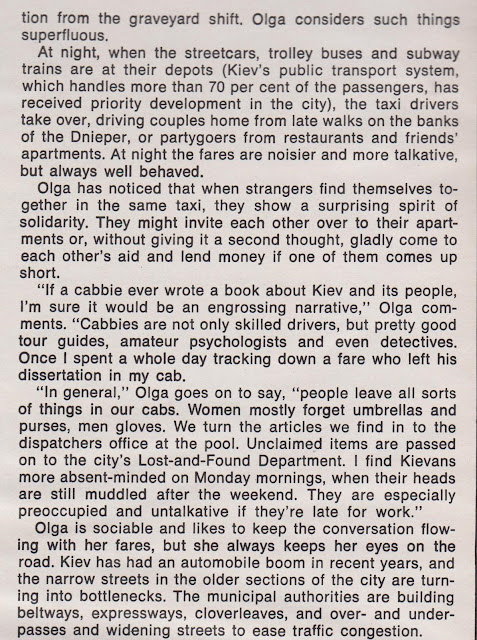 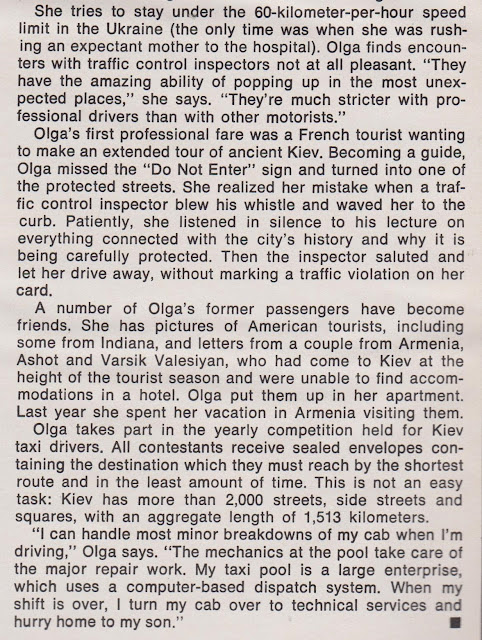 See also: Trams and buses in the USSR -- A look at public transit in the Soviet Union, 1976

See also: Soviet Tourist Ads of the 1960s - "Intourist wishes you happy touring in the USSR"

Posted by Michael Laxer at 2:25 PM