"You can't hang us all. They will avenge me." - Zoya Kosmodemyanskaya, Anti-Nazi Hero Murdered November 29, 1941 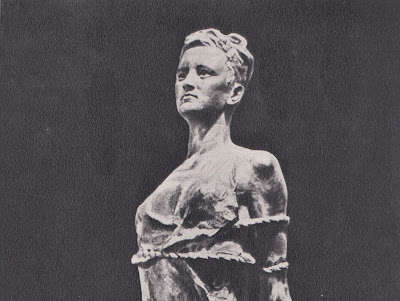 On November 29, 1941, 18 year old Soviet resistance fighter and partisan Zoya Kosmodemyanskaya was murdered by the Nazis. Zoya had been caught after setting fire to stables being used by the genocidal invaders in a village outside of Moscow. She had refused to inform on her comrades despite brutal Nazi interrogation.

As she was lead to be publicly executed among her final words were : "You hang me now, but I'm not alone. There are 200 million of us. You can't hang us all. They will avenge me."

On May 2, 1945 the Soviet flag was hoisted over a burnt out Reichstag in Berlin by the victorious Red Army. Zoya was posthumously awarded the title of Hero of the Soviet Union and was regarded as one of the greatest heroes of the USSR.

She is a global hero in the history of resistance to and sacrifice in the face of fascist evil. 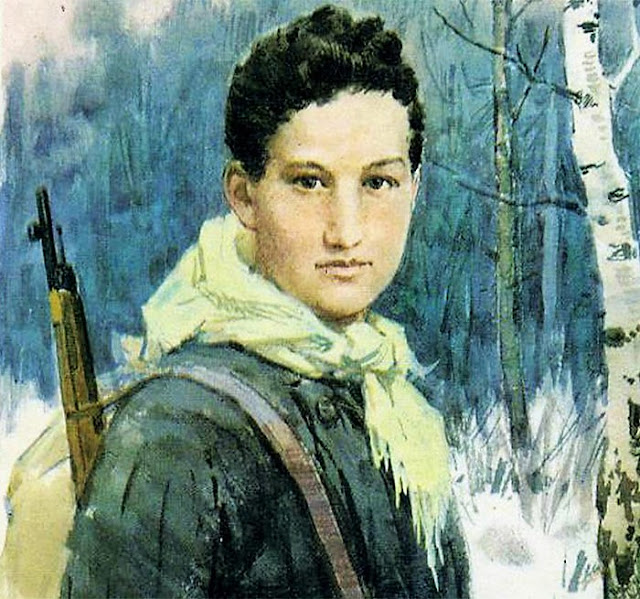 Posted by Michael Laxer at 1:00 AM