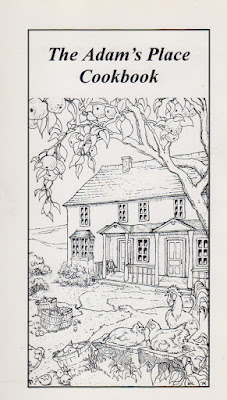 The cookbook we are looking at today is of the community / fundraising type that we have looked at several examples of over the years. In this case the aim was to raise money for a renovation to a facility for autistic adults near Orangeville, Ontario.

As is often done with this genre of cookbook the recipes were submitted by various community members or supporters. What makes this somewhat novel -- especially for Canadians who remember and were around in the early 90s -- is that a number of the recipes were from well-known politicans or musicians at the time.

I have added a few other recipes such as a "Charlie Brown" one, one for Yugoslavian Meat Rolls and one for Taco Burgers just because. Since I have a tradition of posting mincemeat recipes I tossed in one of those as well. 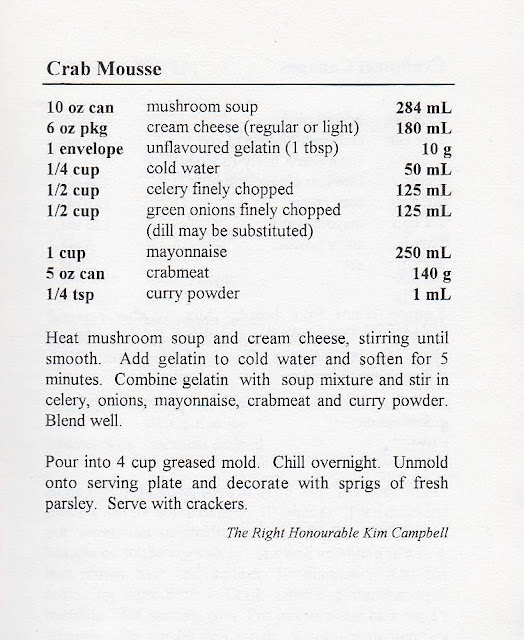 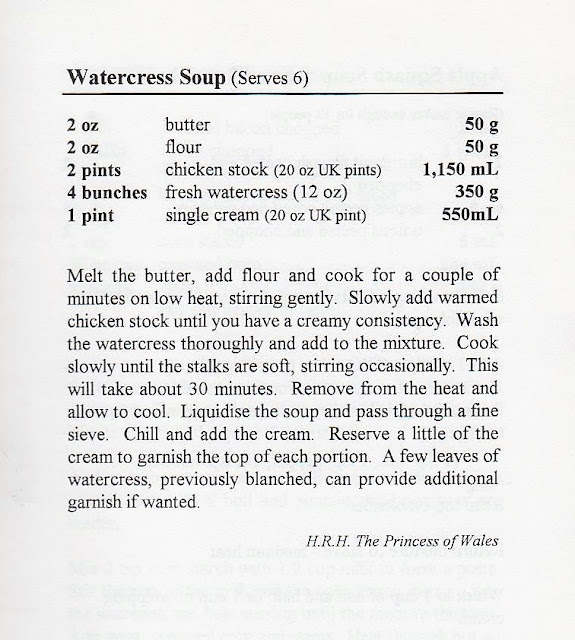 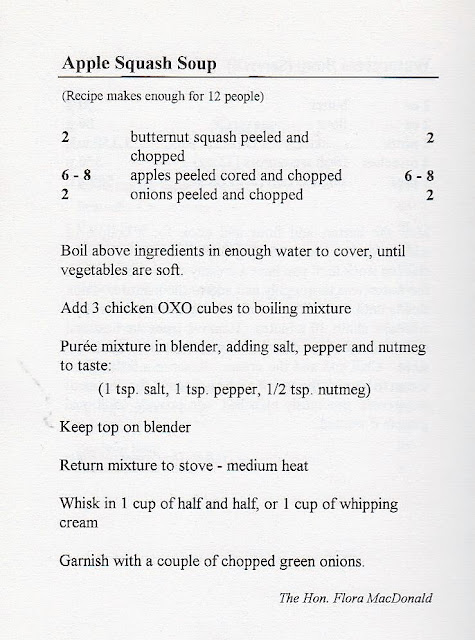 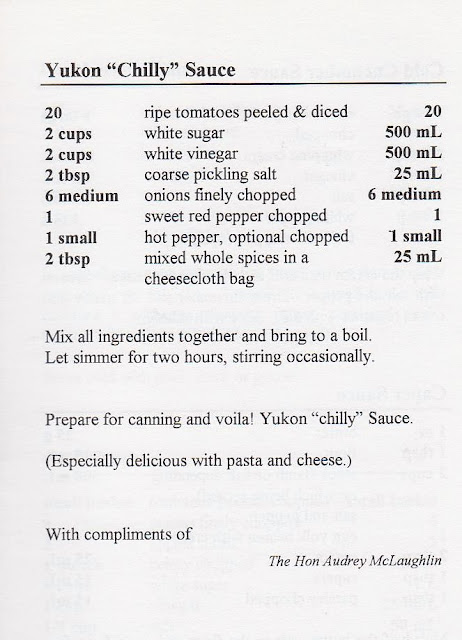 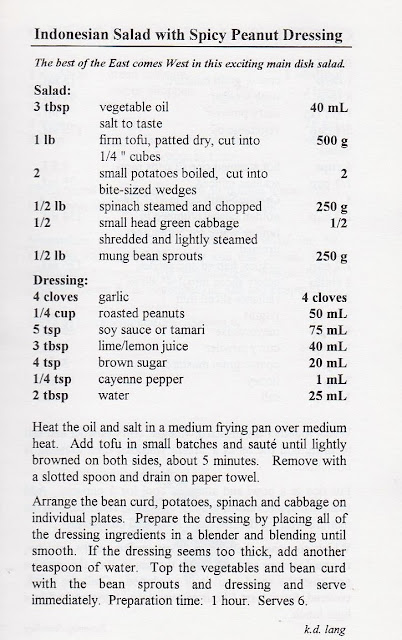 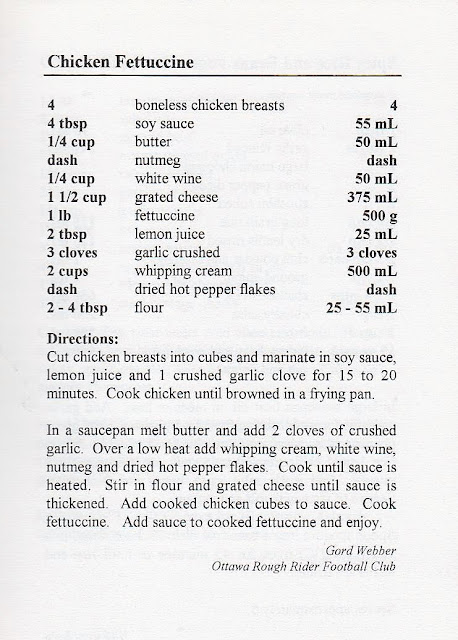 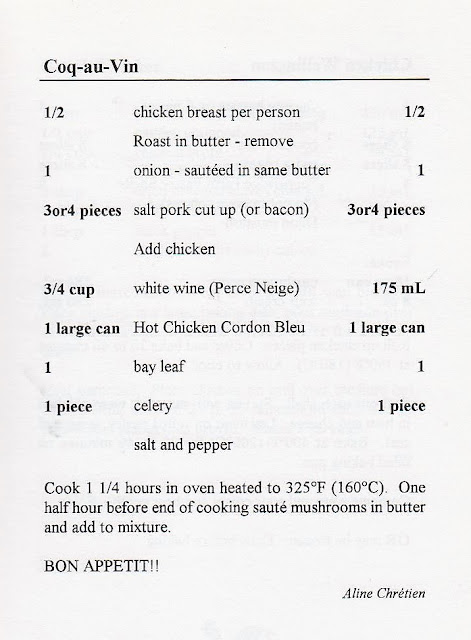 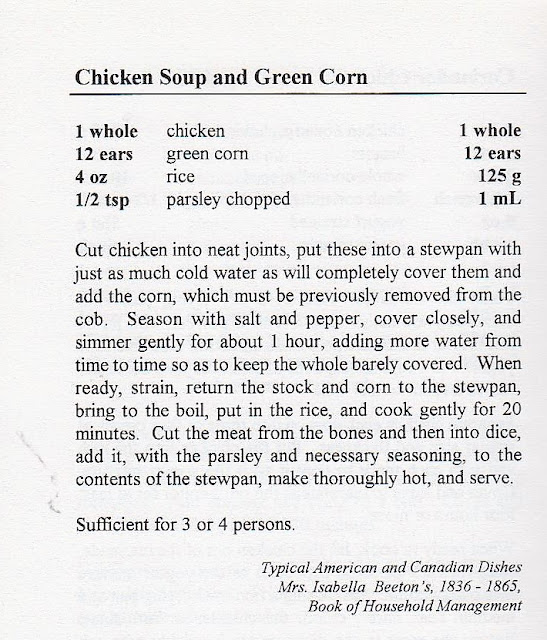 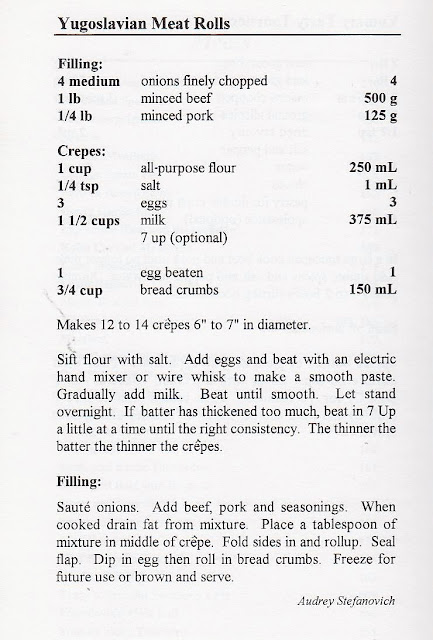 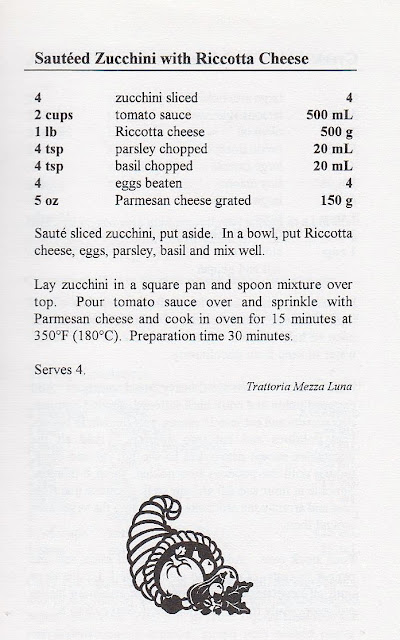 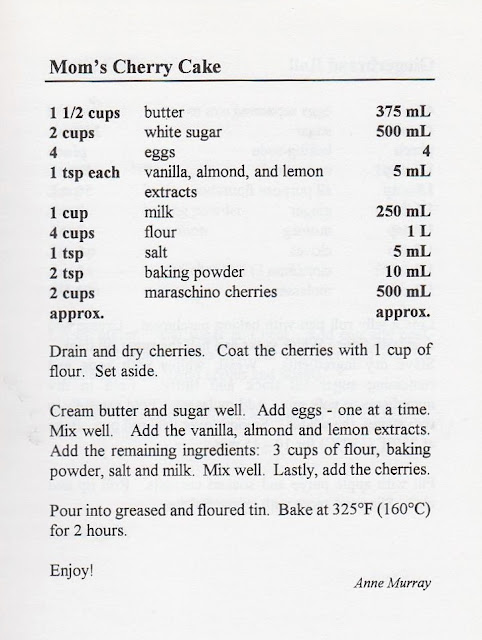 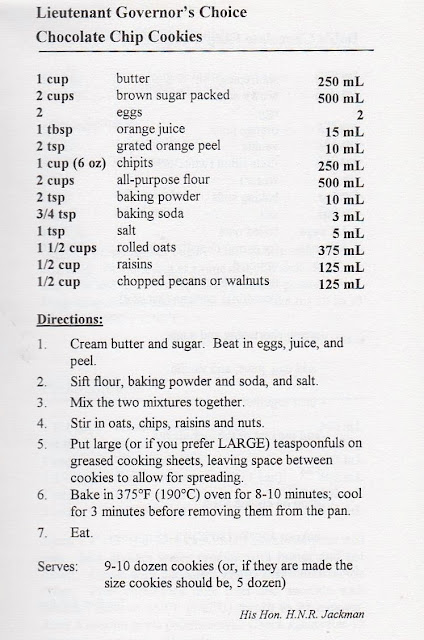 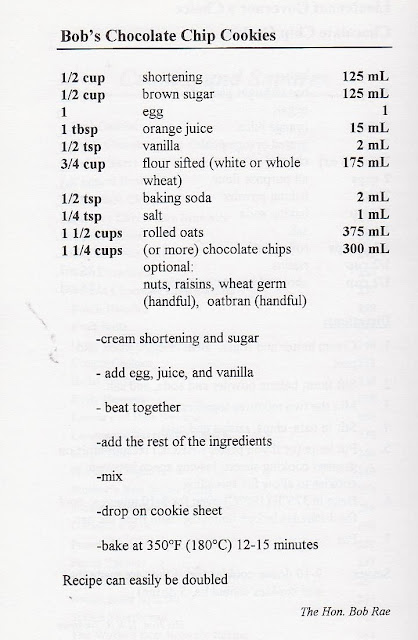 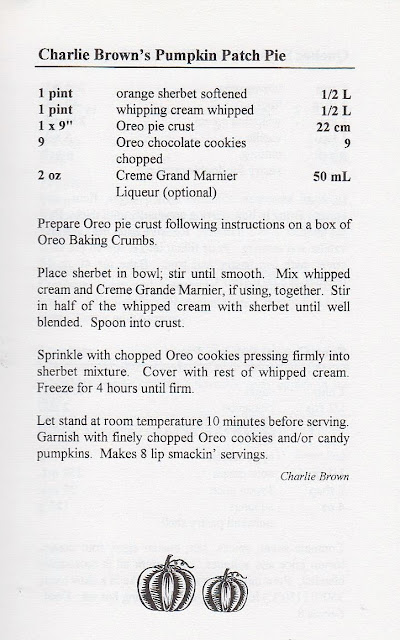 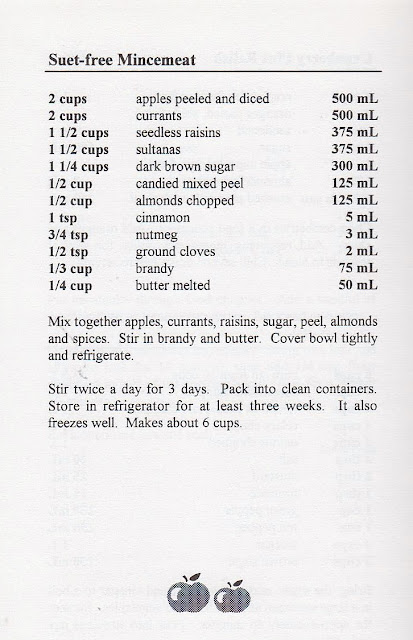 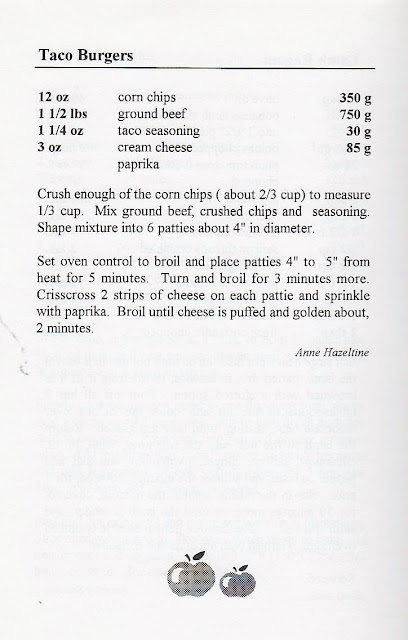 Posted by Michael Laxer at 6:06 PM