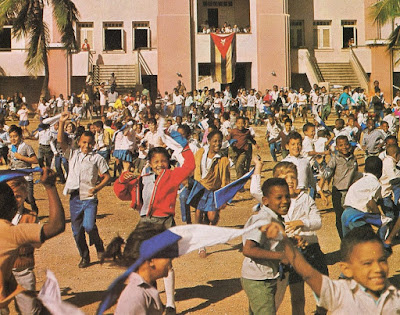 On January 1, 1959 Cuban dictator Batista fled as the victorious revolutionary forces liberated Havana and the country from his regime and American imperialist domination.

Despite a cruel, decades long embargo by the United States that has been aimed at destroying the revolution and crippling the attempts of the Cuban people to build a just, socialist society, the accomplishments of the revolution are remarkable. Vast strides have been made in health care, the eradication of disease and hugely successful vaccination programs, education and literacy, ending homelessness, and in active solidarity with other Third World countries in their struggles.

Here are just some examples from a book first published in Cuba in 2005. 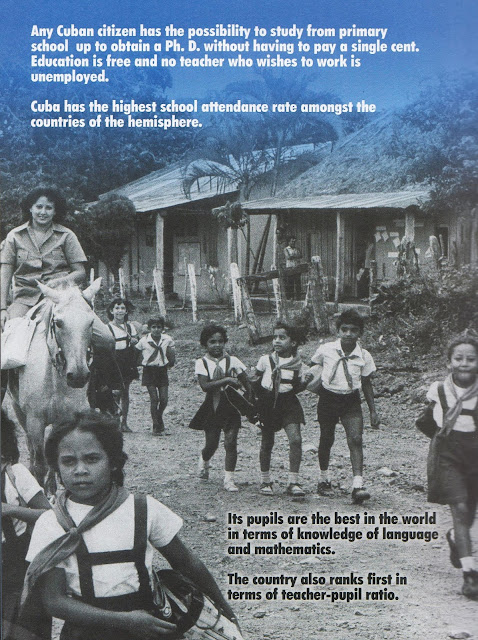 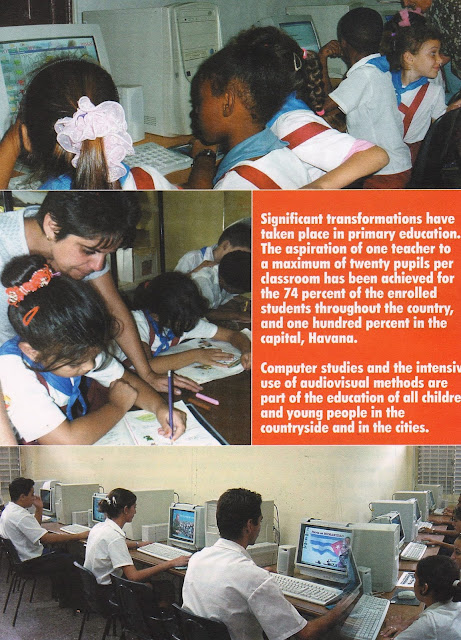 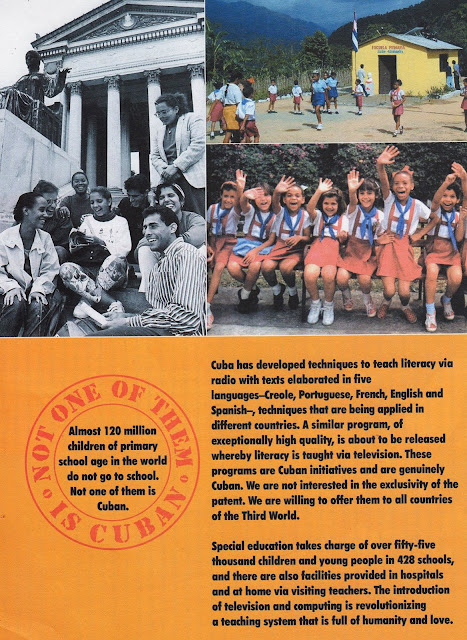 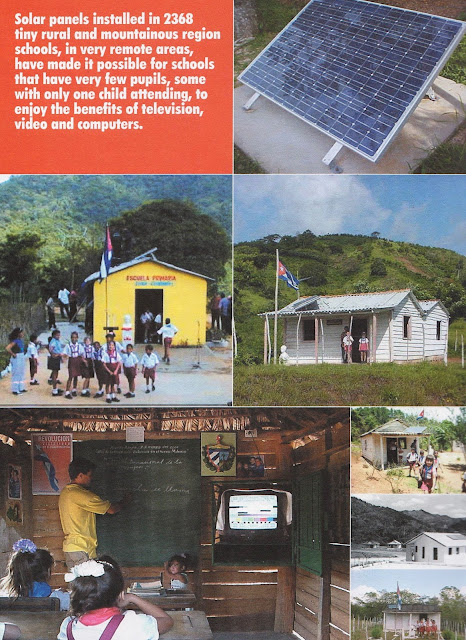 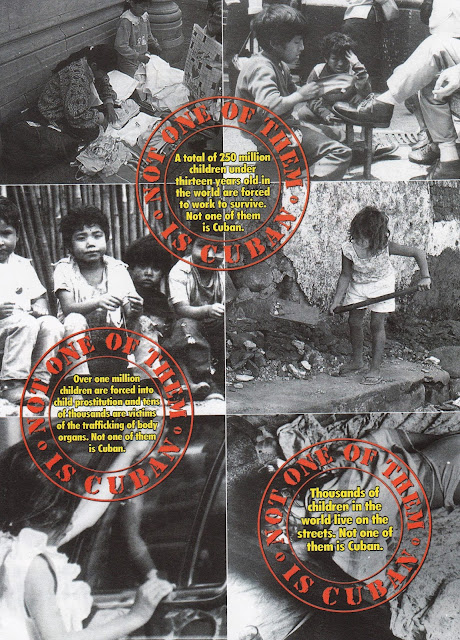 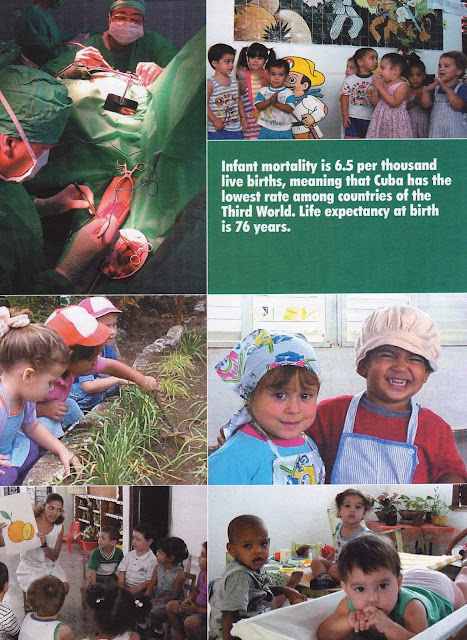 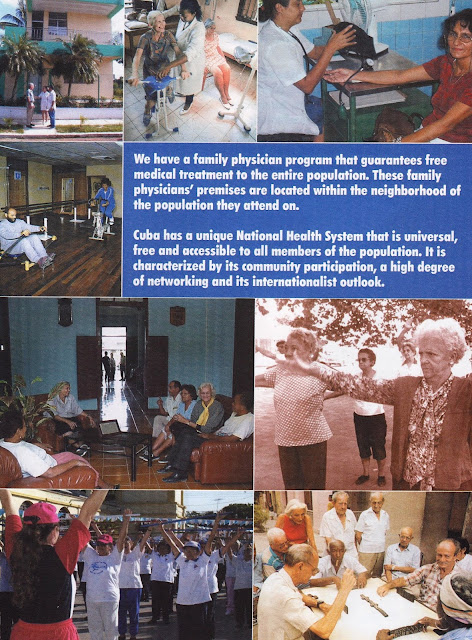 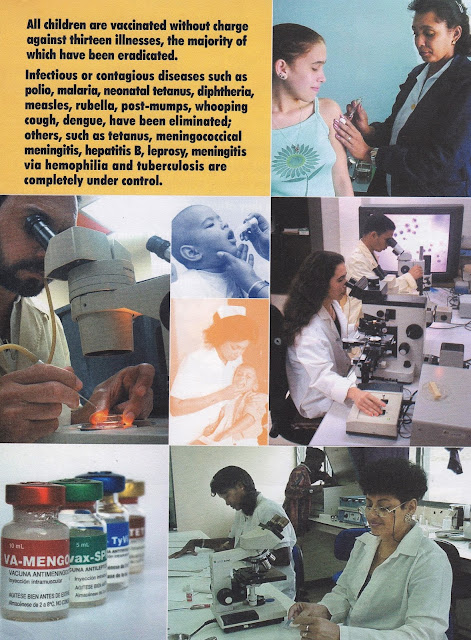 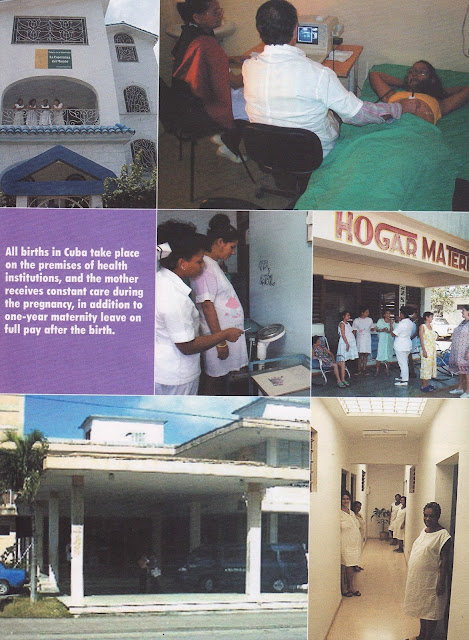 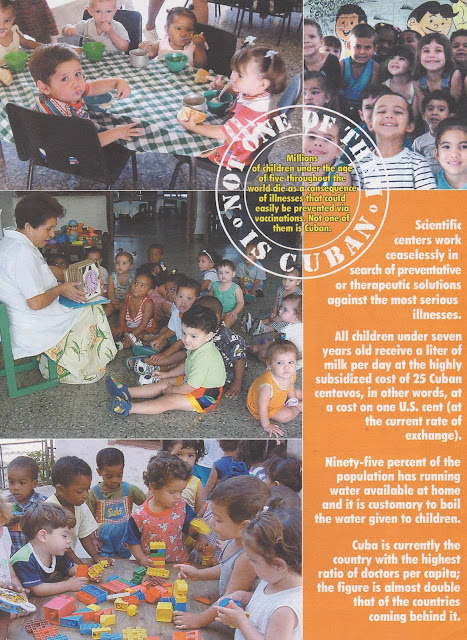 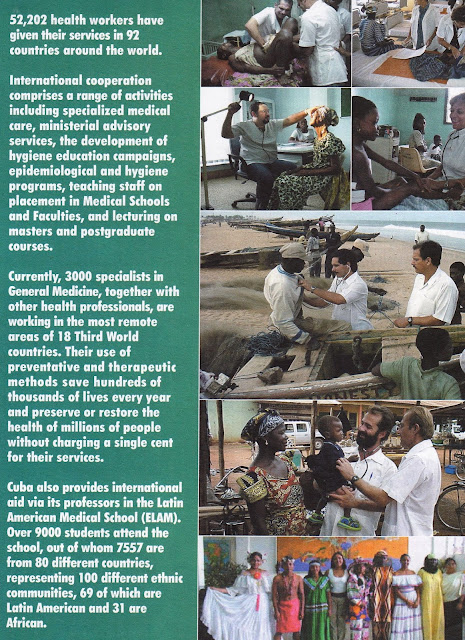 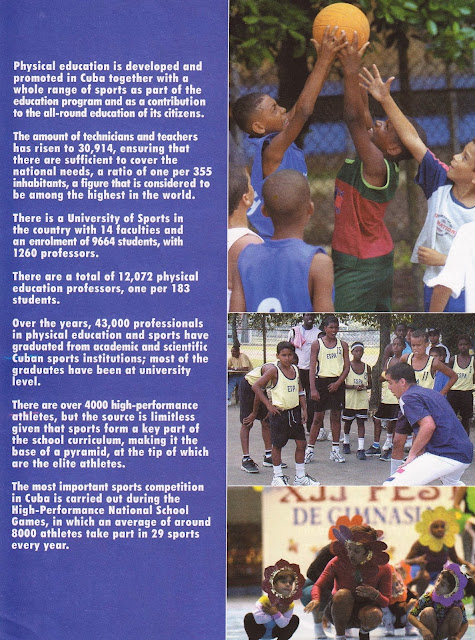 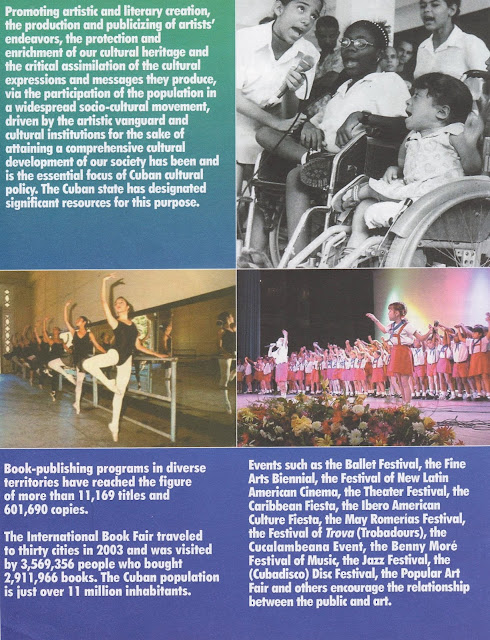 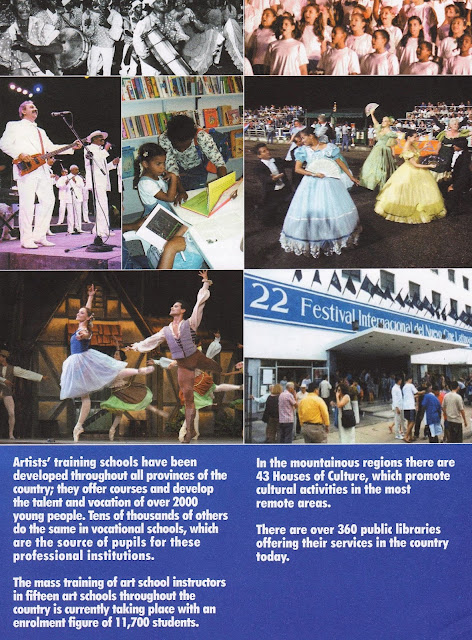 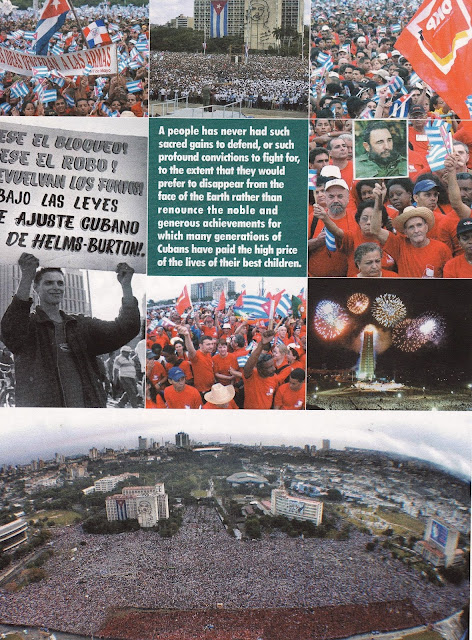 Email ThisBlogThis!Share to TwitterShare to FacebookShare to Pinterest
Labels: Cuba