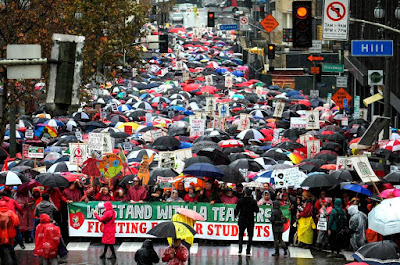 Thousands of people have gathered in cities across Poland after the fatal stabbing of Gdańsk mayor PawełAdamowicz in protest at what some say is a creeping pervasiveness of hate speech in Poland’s national discourse.

Greg McArthur and Colin Freeze, The Globe and Mail

Toronto police Superintendent Ron Taverner, the Ontario government’s choice as the next commissioner of the Ontario Provincial Police, met with Premier Doug Ford multiple times in the months leading up to his appointment, including a dinner with the hiring official who vetted Supt. Taverner for the high-profile position.

3) Ford calls OPP top job a ‘political appointment,’ says he can choose whoever he wants

Colin Freeze, The Globe and Mail

Ontario Premier Doug Ford says he has the unilateral power to pick whoever he wants as the province’s next police commissioner because it is a “political appointment.”

4) Ford flirts with private health care at his peril

Although it was not once mentioned in last spring’s provincial election, reasons to be concerned about the privatization plans of the Ford government are mounting.

The YCL-LJC condemns Doug Ford’s January 17th announcement on post-secondary education and calls for all progressive organisations, including student unions, labour and all kind of on-campus groups to mobilise against this attack aimed at weakening the student fightback and at going one step further in the direction of privatisation and commodification of our education.

Canada's most populous province has launched a sweeping review of a law protecting endangered species in order to find "efficiencies for businesses."

In this period of crisis, in which more and more countries are turning to deeply authoritarian and reactionary forms of politics, the crystalline clarity of Lenin’s words, written in the midst of another crisis almost a century ago, offers moral and political clarity: “I must argue, not from the point of view of ‘my’ country (for that is the argument of a wretched, stupid, petit-bourgeois nationalist who does not realise that he is only a plaything in the hands of the imperialist bourgeoisie), but from the point of view of my share in the preparation, in the propaganda, and in the acceleration of the world proletarian revolution.”

8) 'A Reckless Advocate of Military Force': Demands for John Bolton's Dismissal After Reports He Asked Pentagon for Options to Strike Iran

Reminding the world that he is, as one critic put it, "a reckless advocate of military force," the Wall Street Journal revealed on Sunday that President Donald Trump's National Security Adviser John Bolton "asked the Pentagon to provide the White House with military options to strike Iran last year, generating concern at the Pentagon and State Department."

9) Who Will Be the American Justin Trudeau?

With a restless Democratic base leaning left, party centrists are looking for their Justin Trudeau — a candidate who will seem progressive while preserving the status quo.

Thousands of teachers in Los Angeles went from pickets all over the city to a mass march against LAUSD for smaller classroom sizes for their students and more access to badly needed social workers, nurses, and counselors! Teachers have shared a repeated message with Liberation News reporters that they will not accept any less for their students and coworkers than the public education we all deserve. Many are pointing out that the new head of LAUSD, Austin Beutner, was put in charge of the district to drive it into the ground and privatize it. We agree that a hedge fund manager with no experience in education has no business leading one of the most populous districts in the nation! Education is a right!

We cannot afford to squander our children’s future, because it is our entire collective future as a nation. We call upon administrative and legislative bodies on every level—city, county, state and national—to reprioritize budgets so that working people, including teachers, are treated justly and responsibly, and so that our children are properly prepared to make their contributions to the next generation.

We fully support UTLA in its heroic struggle to make this case before the American people.

33,000 Los Angeles teachers have shut down the 2nd largest school district in the U.S.

A senator from Italy’s far-right League has been given an 18-month prison sentence for likening the country’s first black minister to an orangutan. 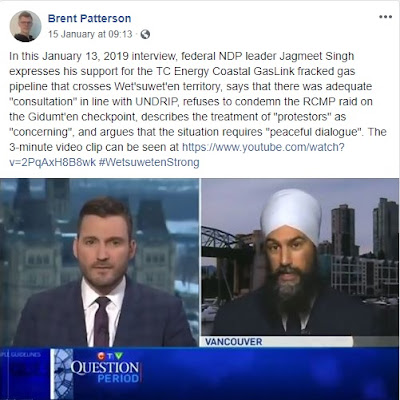 Nancy MacDonald, The Globe and Mail

An Indigenous newborn taken from her mother just hours after birth in an apprehension broadcast live on Facebook is expected to be back home with her family later this week, an advocate for the family says.

Shaving company Gillette has been bombarded with both praise and abuse after launching an advertising campaign promoting a new kind of positive masculinity.

Is it possible for a men’s shaving company to court controversy? We now know the answer is: yes, but only if it’s implied that men could perhaps, sometimes, maybe in a contemplative moment such as while grooming their facescapes, work on being better.

I watched the Gillette ad yesterday and I was not, like many of you, moved. I was indifferent, because no matter how noble or necessary its message, an ad is an ad is an ad. 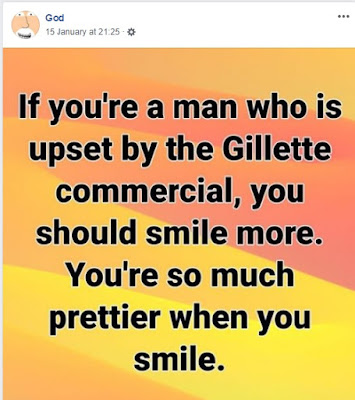 Theresa May has sustained the heaviest parliamentary defeat of any British prime minister in the democratic era after MPs rejected her Brexit deal by a resounding majority of 230.

Theresa May has narrowly won a motion of no confidence in her Government which could have triggered another general election and the end of her premiership.

A Spanish charity boat which rescues migrants at sea has been blocked by authorities from operating in the Mediterranean, the non-governmental organization said on Monday.

The Alberta government has spent more than $23 million — twice as much as previously revealed — in a campaign designed to turn the rest of Canada against B.C., The Tyee has learned. 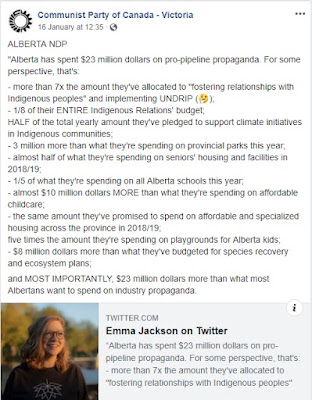 During the last couple of months in 2018, images of vast numbers of French protesters taking to the streets in reflective safety vests spread rapidly on social media. Many Canadians have taken inspiration from this. and started their own movement at home. But while the “gilet jaunes” or yellow vests in France are generally against neoliberal austerity, the Canadian yellow vests movement has been seized by reactionary forces – Islamophobic, white-nationalist, and climate change deniers.

Mira Miller, The Globe and Mail

Toronto city officials are handing out notices to all those living in tent cities and other makeshift structures stating they must vacate them within 14 days, despite the fact that shelters and 24-hour respite centres across the city are already at capacity.

People protested in more than 100 municipalities, a day before the Andalusian parliament is due to vote in a new conservative government.

The CPUSA opposed the stationing of troops in Syria and their removal is an important development.  There is no prospect of a military solution to the Syria civil war, a situation aggravated by the presence of U.S. forces.

New research shows Canada’s police force assesses the risk Indigenous activists and protesters pose to the nation — not based on factors of criminality — but based on their ability to summon sympathy from the broader populace.

The Prime Minister has stated in a public meeting at Kollam in Kerala that the stand of the LDF Government on the Sabarimala issue is “shameful”. This statement is atrocious and highly condemnable. He is admonishing an elected Government for implementing the judgement of the Supreme Court.

The storied Jewish-American publication is suspending its print operations and plans to lay off about 40 percent of its editorial staff — including editor-in-chief Jane Eisner — while moving to digital-only.

27) Vast majority of Canadian food waste takes place within the food industry - and not at the household level, study finds

An Hui, The Globe and Mail

More than half of all food produced in Canada is wasted, with the food industry putting the vast majority of it into landfills, according to a new study.

Fraternity members at the University of British Columbia are now required to take workshops on sexual consent, bystander intervention and healthy masculinity.

It took 14 months for the noose to show up.

30) WE Wants To Sue CANADALAND In Manitoba

The WE organization has announced its intention to sue CANADALAND for defamation in the province of Manitoba — a jurisdiction that, unlike Ontario, does not possess “anti-SLAPP” legislation.

31) Why Does No One Care That Neo-Nazis Are Gaining Power In Ukraine?

Ukraine’s far-right is like a hydra, with ugly heads that pop-up far too frequently. Just within the last few weeks, an American-born cabinet minister thanked a group of violent neo-Nazi “activists” for their services, a soldier was photographed wearing a Nazi death’s head patch right behind President Petro Poroshenko and almost 1,500 neo-Nazis and friends threw a two-day Hitler-salute-fest.

32) ‘Will choose next PM together’: At Mamata Banerjee rally in Kolkata, Opposition vows to oust Modi govt

More than two dozen leaders from 14 states converged at Kolkata’s Brigade Parade grounds on Saturday to resolve that they will put up a united fight against the Bharatiya Janata Party (BJP) overriding differences that characterised them.

The Maryland Board of Elections has certified the socialist Bread and Roses party after its founder — who sought the Democratic nomination for a U.S. Senate seat last year — submitted the required 10,000 signatures.

THE Socialist Party in Zambia says capitalist looters who killed Patrice Lumumba in 1961 and presently profiteering from the Democratic Republic of the Congo’s abundant natural resources are not ready to leave that strategic country’s suffering working class alone.

35) Podemos founders go their separate ways ahead of Madrid elections

Pablo Iglesias confirms party split and says he is saddened by the surprise news that his colleague Iñigo Errejón will run with the Madrid mayor in May.

On January 18, Washington D.C. hosted both the March for Life and the Indigenous Peoples March. A viral video shows dozens of teenagers from the March for Life, many wearing MAGA hats, taunting and mocking a Native American drummer.

37) The Challenge of Socialism: Cuba and the new Constitution

On December 24, 2018, we sat down with Yamil Marero to discuss Cuba’s ongoing process of writing a new Constitution. Yamil is a Senior Officer with the Cuban Institute for Friendship with the Peoples, or ICAP. Created in December 1960, this public organization promotes and cultivates friendship among nations. It is a place where friends of different cultures come to discuss and reflect on the situation in Cuba and the rest of the world. Yamil spoke to us about how the new Constitution is being drafted and its main implications for Cuba’s future.Why is Cuba updating its Constitution?

38) Arizona: Four women convicted after leaving food and water in desert for migrants

A federal judge has found four women guilty of entering a national wildlife refuge without a permit as they sought to place food and water in the Arizona desert for migrants.