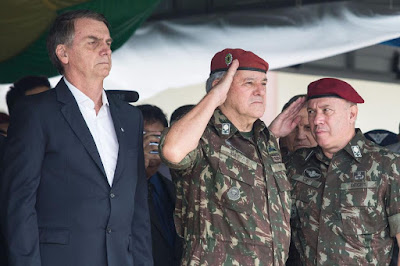 When TransCanada attempts to deliver a Canadian court injunction against a decade-old Wet’suwet’en checkpoint, they run into a second checkpoint instead. The Wet’suwet’en people have never signed treaties with Canada or sold their lands, a fact confirmed by Canada’s Supreme Court in 1997 in a landmark case known as Delgamuukw.

On Christmas day 1837, Africans and Native Americans who formed Florida’s Seminole Nation defeated a vastly superior U.S. invading army. This alliance of Seminole warriors resisted a forced relocation to a reservation out west as well as a forced return of Africans back to slavery.


The battle was one of many in the Seminole Wars, which were the longest and most expensive (both in human and monetary terms) Indian Wars in United States history. The victory of the Christmas Day freedom fighters was an early example of successful multiracial resistance against colonialism and racism. (Via Telesur Facebook) 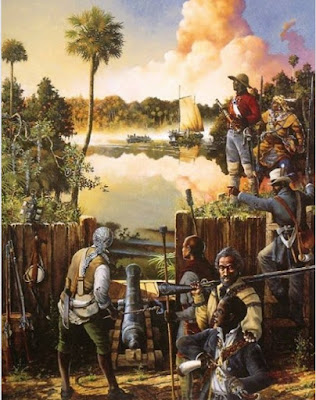 Israeli PM Benjamin Netanyahu's much boasted about coalition failed and a new election has been called for April.

An 8-year-old Guatemalan child detained by U.S. Customs and Border Protection died at a hospital in New Mexico, the agency reported Tuesday, the second migrant child to die in government custody this month.

On its 50th anniversary, the Communist Party of the Philippines (CPP) on Wednesday has vowed to soldier on in resisting President Rodrigo Duterte's policy of fascist terror, saying that their troops can't be defeated by the military.

THE Socialist Party (Zambia) has urged the working class and the poor to find comfort in Christmas’ spirit of sharing and solidarity.

The Communist Party of India (CPI) has completed 93 years. Its leaders celebrated the occasion here at Makdhum Bhavan on Wednesday. Suravaram Sudhakar Reddy participated in the celebrations as chief guest. Telangana state CPI leaders Chada Venkat Reddy, CPI state secretary and other party leaders were also present on the occasion. Speaking on the occasion, Sudhakar Reddy explained the circumstances when the party was formed during the British rule. He said that the party was formed to fight against the British imperialism. He recalled the sacrifices of many Communist freedom fighters. He also noted the role of the party in Telangana Armed Struggle.

9) The Real Face of Justin Trudeau

Trudeau and his government will certainly be judged by future generations, as his predecessors were judged for their past sins, for choosing, despite the passage of time, to stand on the wrong side of history.

10) “For the Humblest of the Zambian People, There is No Other Alternative to Socialism”

Peoples Dispatch, along with the media team of the Socialist Party of Zambia, spoke to Dr. Fred M’membe about the struggle for socialism in Zambia, and across the African continent

11) An inconvenient truth: the enduring popularity of socialism in the post-Soviet states

TWO decades of polling by the Levada Centre, a Russian NGO, show that the majority of people in Russia regret the downfall of the USSR. It is mainly economic and social reasons that fuel this regret. This year, positive sentiment towards the Soviet Union has hit a 14-year-high.

13) Opposition announces boycott of the inauguration of the elected President of Brazil, Jair Bolsonaro

The Workers' Party (PT), which ruled Brazil between 2003 and 2016, the Socialist and Freedom Party and the Communist Party announced today that they will boycott the inauguration of the new Brazilian President, Jair Bolsonaro.

Two years ago, on December 28, 2016, Toronto police officer Michael Theriault and his brother Christian attacked Dafonte Miller, then 19 years old, with a metal pipe. Police in Toronto and Durham conspired to cover up the crime, and charged Dafonte with assault. - Read Desmond Cole's full Facebook post 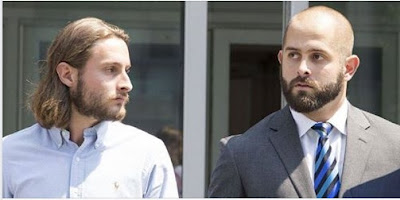 Now under Doug Ford, the poor are facing overt class warfare.

17) Ahead of inauguration day, Brazilian media braces for Bolsonaro

Long before one of their photographers was harassed on election night in Brazil, the editors at Fortaleza newspaper O Povo were meeting with their readers and staff to discuss the increasingly polarized environment and how to deal with it.

See also: Minassian's Misogynist Attack, Courage to Leap, James Laxer & more -- 2018 on The Left Chapter in review
Posted by Michael Laxer at 11:33 AM