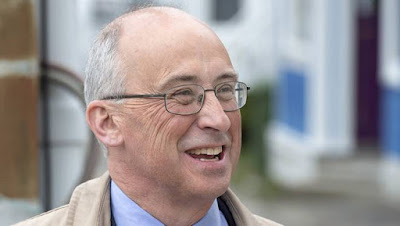 If you are old enough you may perhaps still dimly remember a post-war time when, even in the capitalist countries, it was a standard political assumption across much of the political spectrum that society was progressing and that the evils of hunger, inequality and injustice could and would be ended (at least to some degree) one day by the actions of governments.

Partly this was due to threat that was posed to the capitalist system by Communism with its promise of the eradication of poverty and of full employment, but it was also due to the existence of large currents of thought and mass political parties that were committed to a vision of society that was either explicitly or implicitly anti-capitalist, including parties like the NDP.

That era is long gone now and, until recently, the notion that governments could bring any kind of transformative change at all has been buried by short-term political electoralism, rank careerist opportunism and a fixation on enabling and reinforcing neo-liberal austerity principles of fiscal "responsibility" that are entirely detached from any sense that we can change things through taxation, spending and social justice policy.

In the ongoing Nova Scotia election the Gary Burrill led NDP has the distinction of being the first wing of the party in some time to, however cautiously, truly try to move away from this bankrupt Third Way embrace of perpetual retreat.

They released a relatively solid policy platform that returns more to a traditional (and not terribly radical even just thirty years ago) reformist social democratic idea and that is not framed in either neo-liberal terms or neo-liberalism's version of "populism", the "pocketbook populism" that was the hallmark of the Ontario NDP's disgraceful, shortsighted and reactionary 2014 provincial campaign.

These themes reached a notable conclusion at the end of the leader's debate on Thursday. Burrill gave a closing statement that spoke powerfully to how our society has abandoned any notion that the future will be better, more equal, more fair or more secure for our children and our children's children.

We have, indeed, sold both the generations entering the workforce and adulthood now as well as future generations out to selfish and self-serving narratives centred on tax cutting and a mindless austerity that benefits only the corporations and the wealthy.

He directly says, as so many NDP leaders have failed to for so long, that the economics and social policy framework of the future are not inevitable but are based, instead, on the choices that our governments make and that we make as a society. Our hands are not tied.

Whether this will signal any meaningful shift in the party more broadly and whether Burrill himself and the NSNDP will continue along this road or not remains to be seen of course.

But it is a moving statement worth watching that reminds that it is, as my comrades in the Socialist Party of Ontario used to say, never too late to write the future.

Posted by Michael Laxer at 3:41 PM