From the Middle East to Venezuela...it is always about the oil! 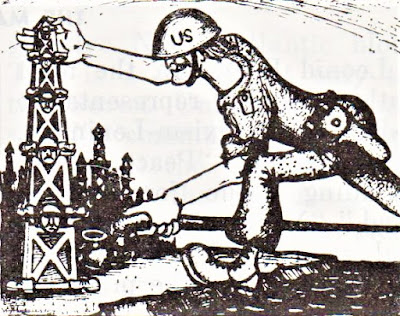 Western industrialized societies are largely dependent on the oil resources of the Middle East region and a threat to access to that oil would constitute a grave threat to the vital national interests. This must be dealt with; and that does not exclude the use of force if that is necessary.- Alexander Haig, Secretary of State under Reagan, 1981

We're in conversation with major American companies now. I think we’re trying to get to the same end result here. It will make a big difference to the United States economically if we could have American oil companies really invest in and produce the oil capabilities in Venezuela - John Bolton, Trump's National Security Adviser, 2019
Posted by Michael Laxer at 4:34 PM

Email ThisBlogThis!Share to TwitterShare to FacebookShare to Pinterest
Labels: Venezuela