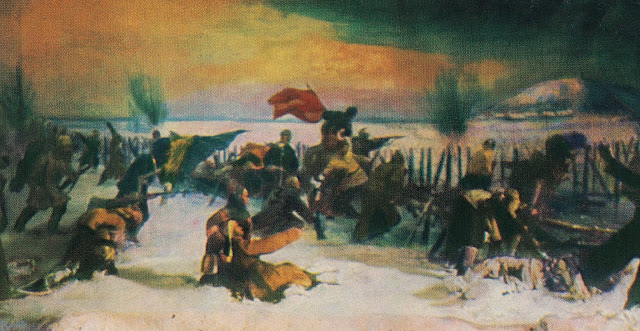 On February 12, 1922 the pro-Soviet forces of the People's Revolutionary Army won the Battle of Volochayevka against the counter-revolutionary White armies in the Russian Far East near the city of  Khabarovsk. (We looked at Soviet era Khabarovsk in our previous post Khabarovsk -- Images of the Soviet Far East, USSR 1975)

This victory paved the way for the eventual final triumph of the revolution in the Far East though fighting would drag on until October. Most of the battle was centred around attacks by Red forces that sought to drive the Whites out of their entrenched defences on Ju-Quran hill. In appalling conditions of Siberian winter temperatures of around -30 Celsius, the revolutionary forces took the hill after three days with heavy losses on both sides. The next day they liberated Khabarovsk from the retreating counter-revolutionaries.

During the Soviet era a monument was erected on the hill in honour of this victory. On the 50th anniversary of the battle in 1972 this postcard folder of images and art related to the victory was released. We have translated all the descriptions of the cards from Russian.

Panorama of the Battle by Artists A. A. Gorpenko and S. D. Agapov (3 parts) 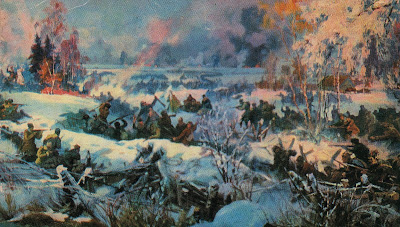 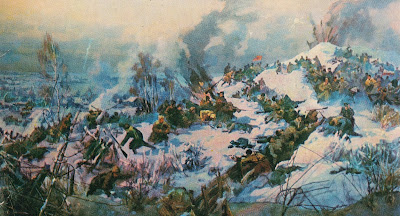 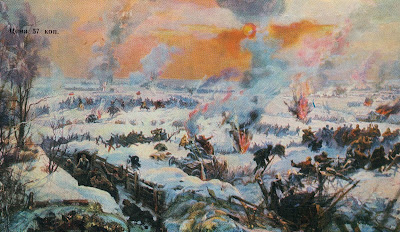 General view of the Ju-Quran hill 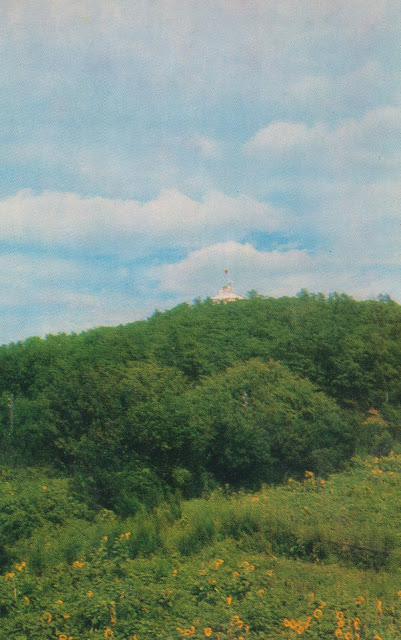 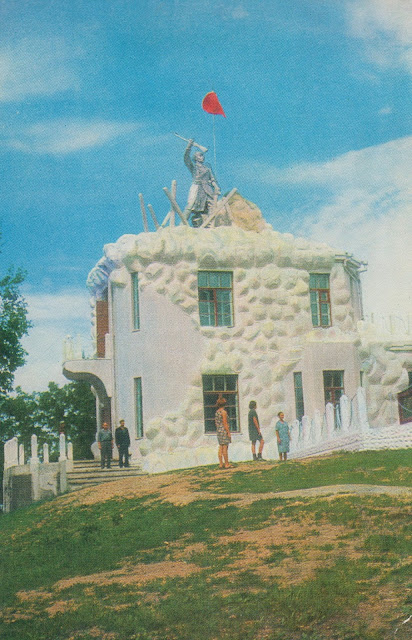 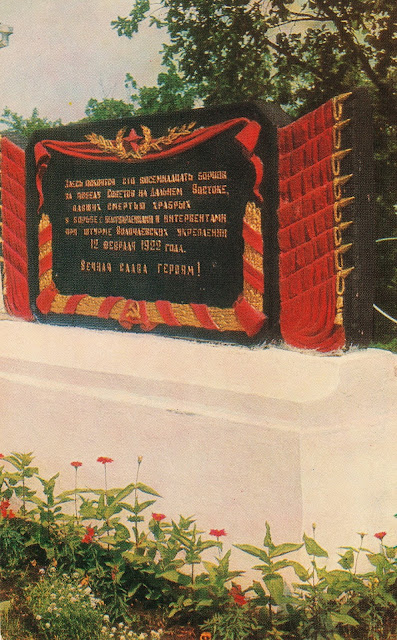 Part of a Battle of Volochayevka Diorama 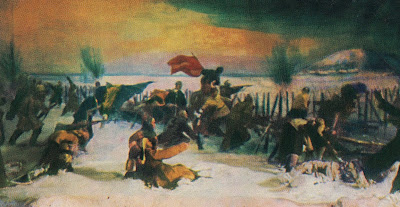 Monument to a Partisan Warrior 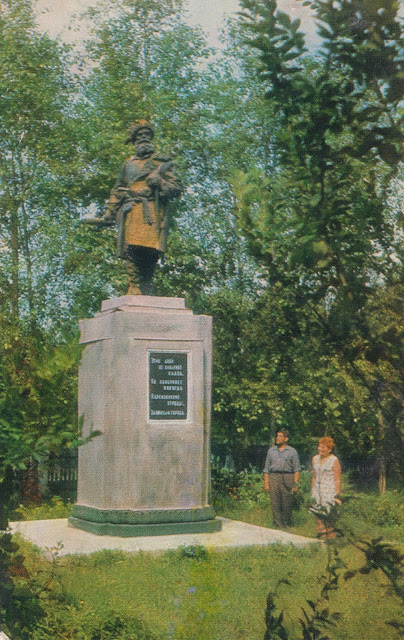 Memorial Gathering at the Top of the Hill, 1972 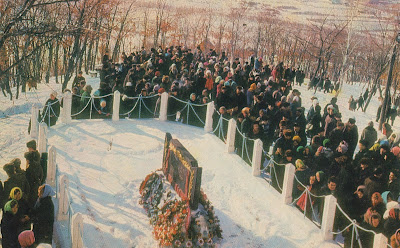 Monument to the Heroes of the Civil War 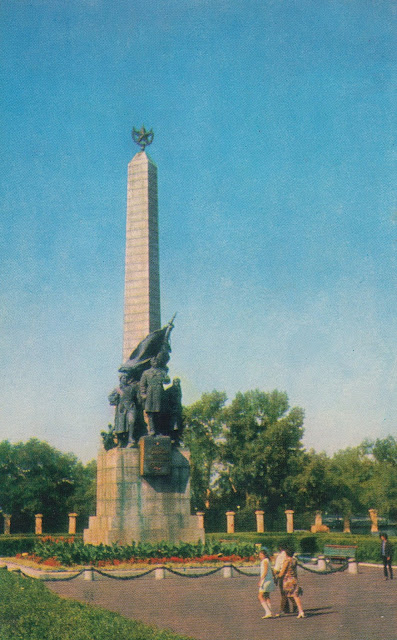