The Right to Rest and Leisure in the USSR, 1982

One of many interesting aspects of the largely ignored social history of the USSR was the exceptional efforts Soviet society made to provide heavily subsidized leisure and vacation activities and options for workers and citizens.

There are many remarkable aspects to this from the Pioneer resorts and camps for youth to the extensive network of health spas and sanatoriums. By the 1980s the right to adequate rest and leisure was guaranteed by Soviet law and even the Soviet constitution. We have looked at the Soviet system of health resorts in several previous posts such as Trade Union Health Resorts and Spas of the Soviet Ukraine - USSR 1983.

This article from the Soviet English language magazine Socialism: Theory and Practice gives an overview of the impressive evolution of this by 1982. What is important to recognize is that the entire philosophy governing the approach to leisure was different in that it was regarded as a right and an end in itself leading to greater human development as opposed to a "luxury" granted by employers reluctantly.

This is a philosophy and approach that we need to embrace as part of the re-envisioning of a post-capitalist society. 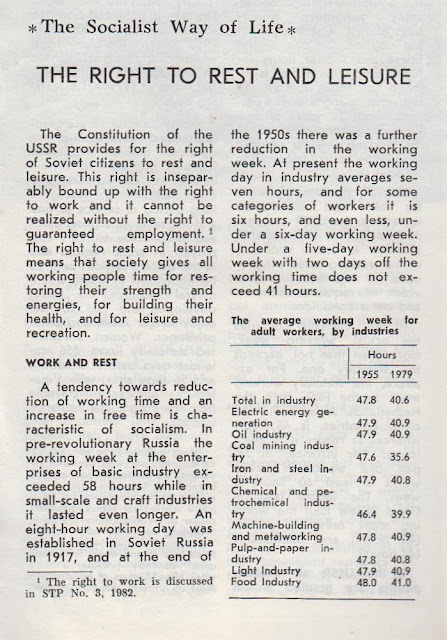 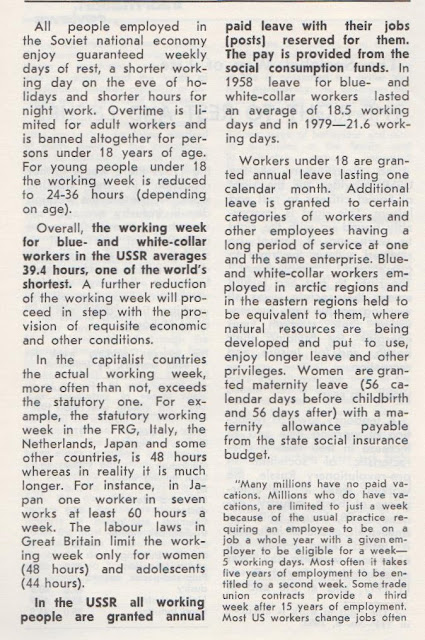 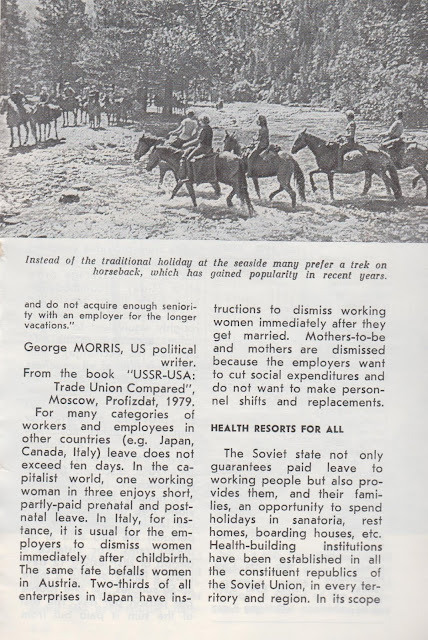 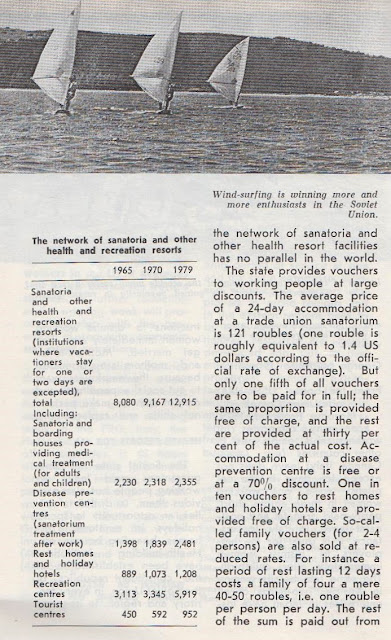 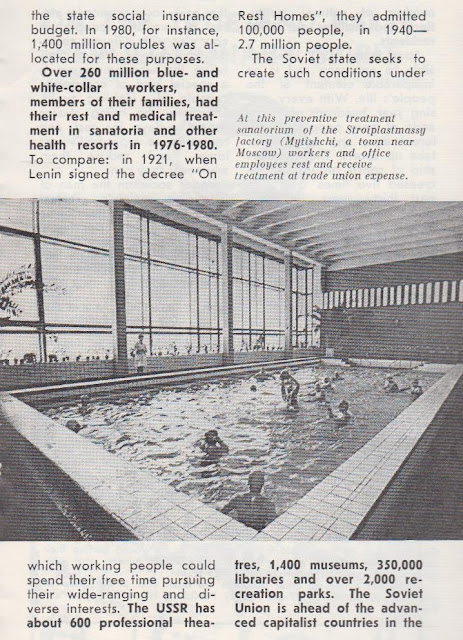 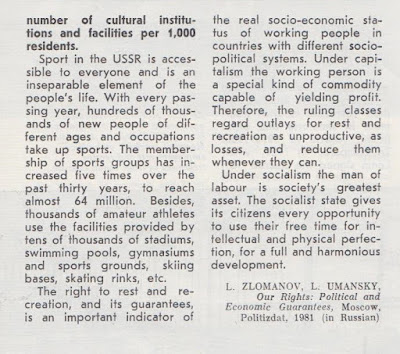 Email ThisBlogThis!Share to TwitterShare to FacebookShare to Pinterest
Labels: USSR