Leaflet: The West and the Third World, B. Krotkov, USSR 1971

Published in 1971 this excerpt is a section from a larger work called "False and True Friends of the Third World" entitled "The West and the Third World". It was written by Soviet analyst B. Krotkov and looks at the hypocrisy and violent interventionism that lies at the heart of western neo-colonialism in the Third World.

The author starts by pointing out that it is very difficult to take western professions of solidarity with and friendship towards Third World countries seriously given that they all fought against or opposed every single national liberation and independence movement that ever emerged there.

It then looks at the imperialist bag of tricks that will seem very familiar sadly today including the use of "humanitarian aid" as a method of exerting political and economic control that is anything but "humanitarian" or about "aid".


Between 1958 and 1966, under various pretexts, the American imperialists openly interfered in the internal affairs of sovereign states in Asia, Africa and Latin America 157 times. In the ten years between 1954 and 1964, 170,000 persons were killed, 800.000 wounded and 400,000 thrown in prison in South Vietnam by the American and Saigon troops. From 1965 to 1969, 4,580,000 tons of bombs were dropped on Vietnam, which is three times the weight of bombs dropped on Europe during the Second World War. In 1970 the Americans increased their bombing of the civilian population of Vietnam and Laos; the extended hostilities to Cambodia thus bringing the whole of Indochina within the sphere of their aggression.

Colonialism and neo-colonialism have the same nature, but their aims and tasks differ in some respects. If during colonial domination, the colonialists' chief aim was to rob the oppressed peoples, today in addition to this they are trying with every means at their disposal to preserve the disintegrating capitalist system, to intensify the struggle against socialism, national revolutions and social progress. 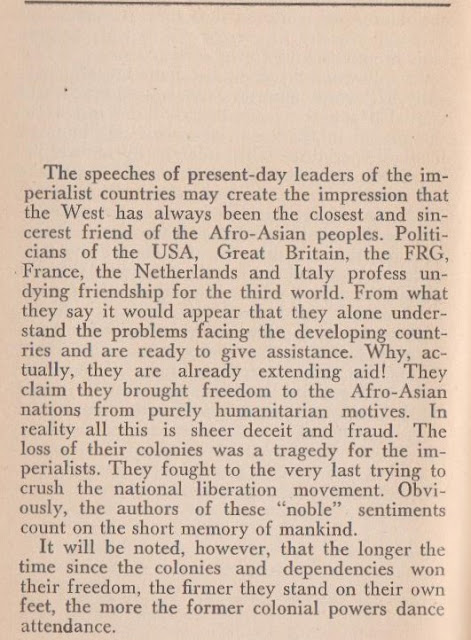 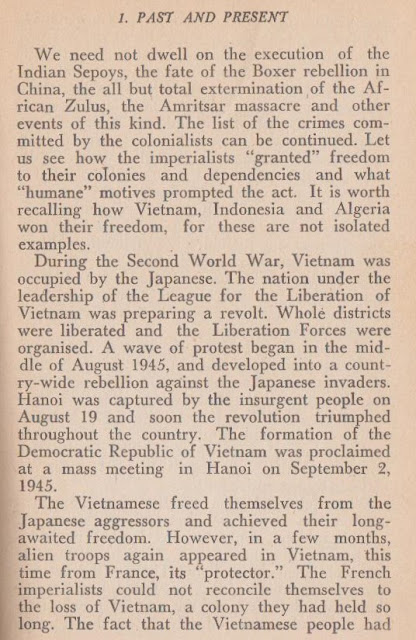 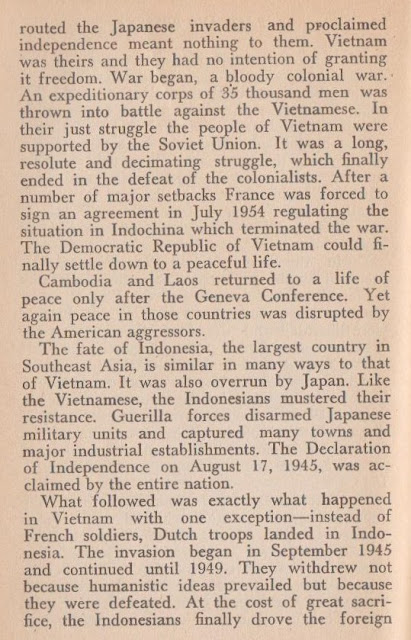 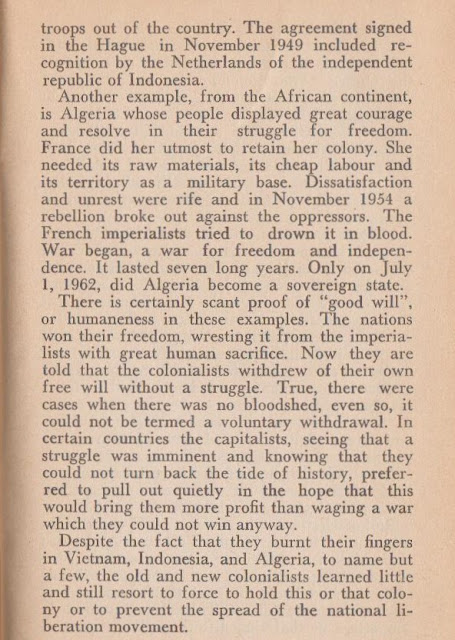 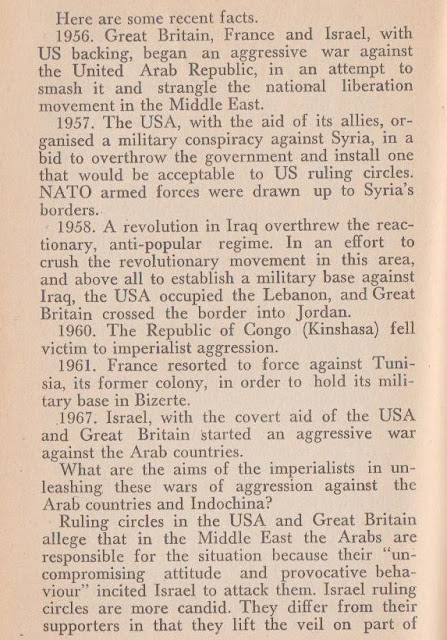 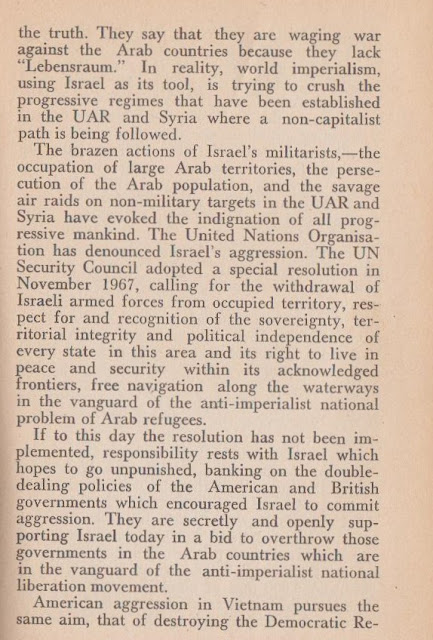 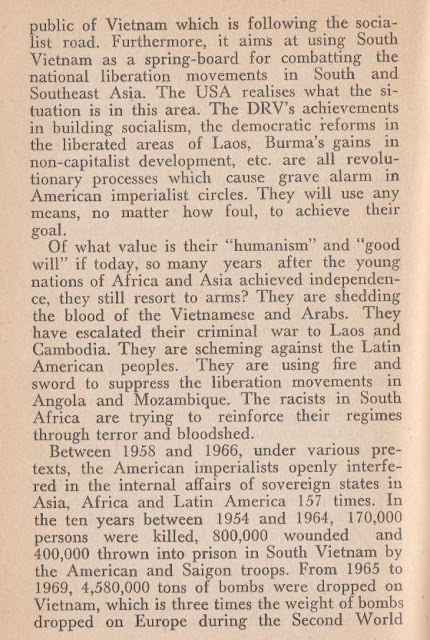 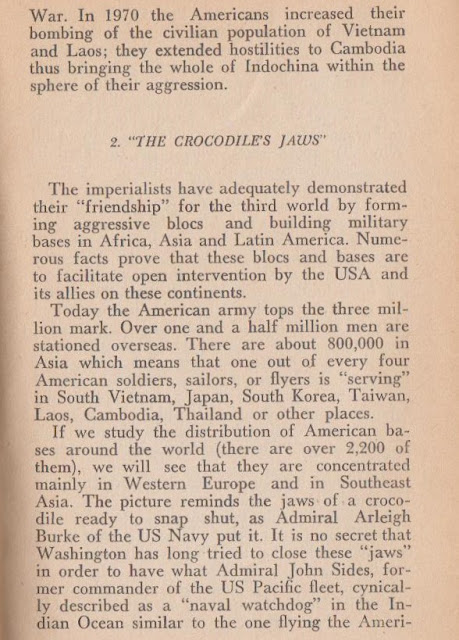 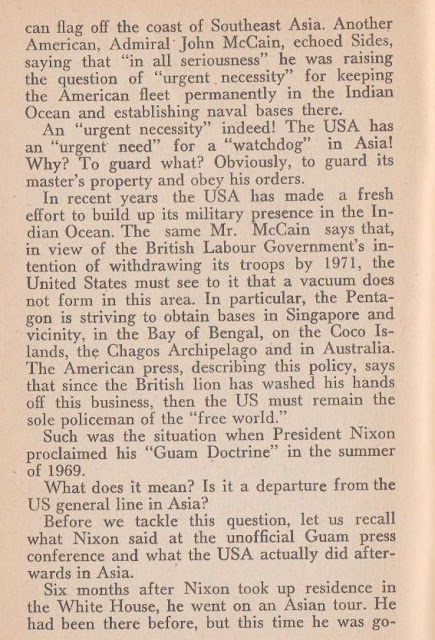 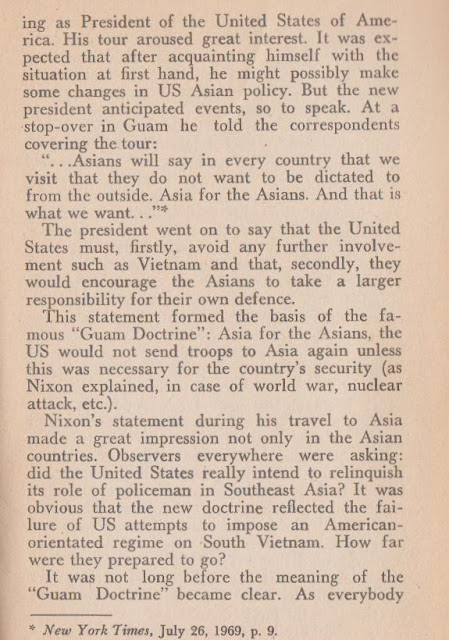 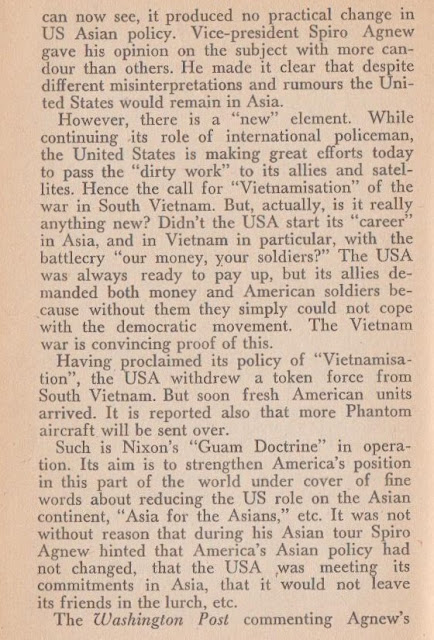 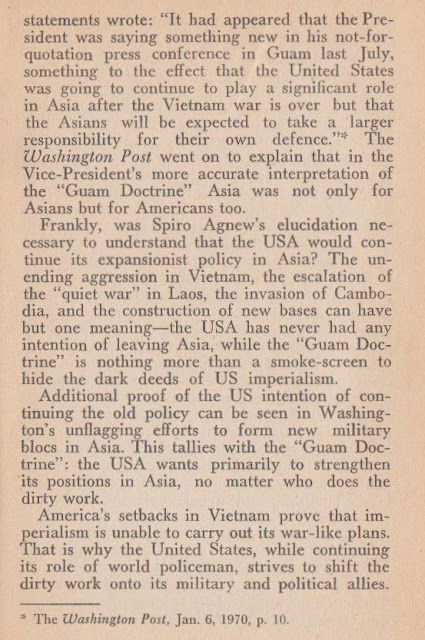 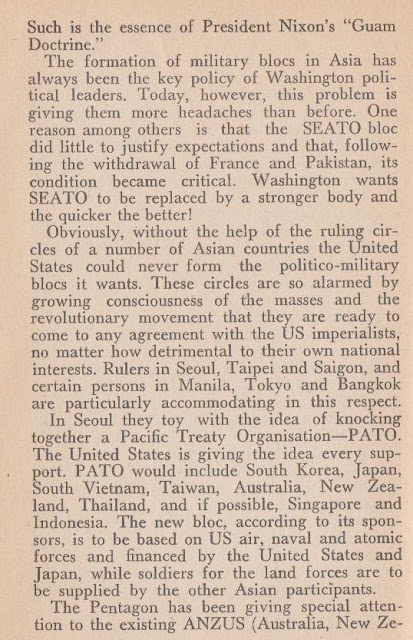 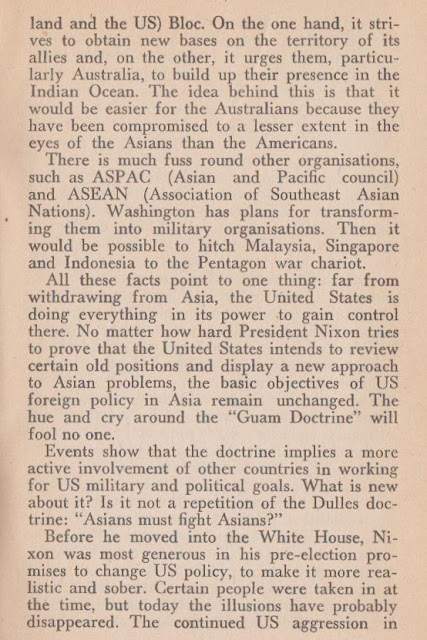 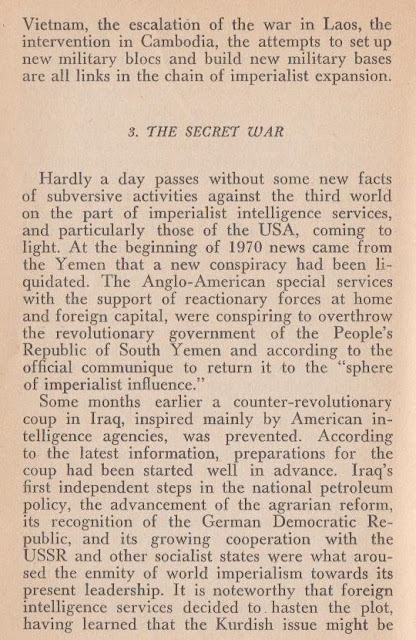 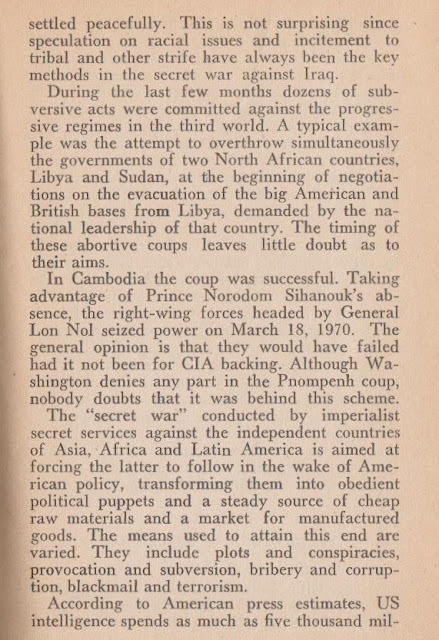 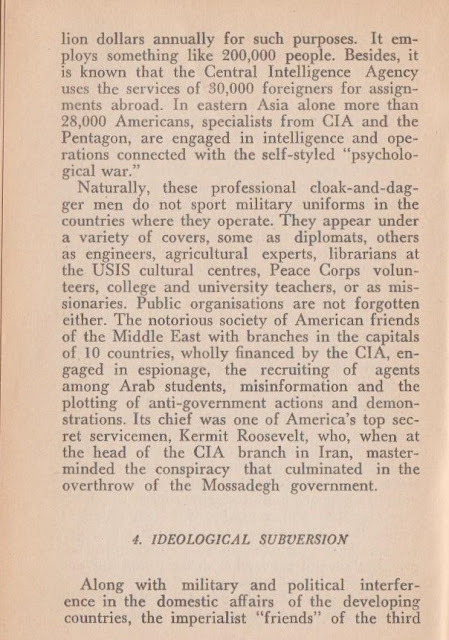 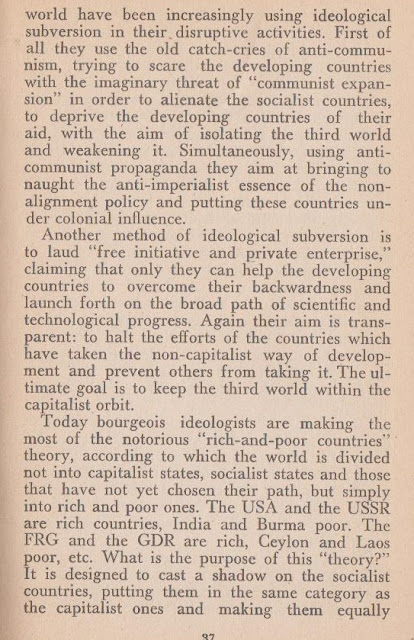 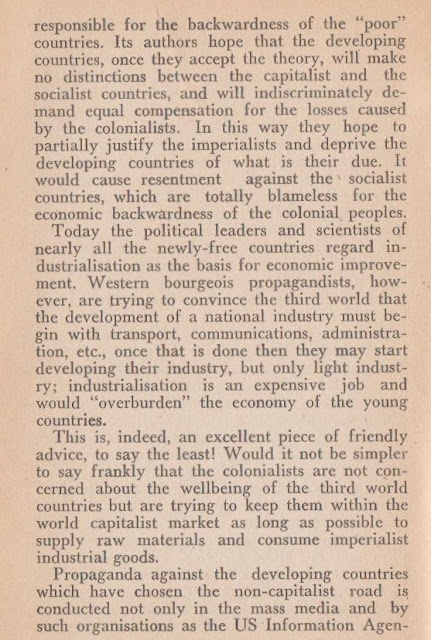 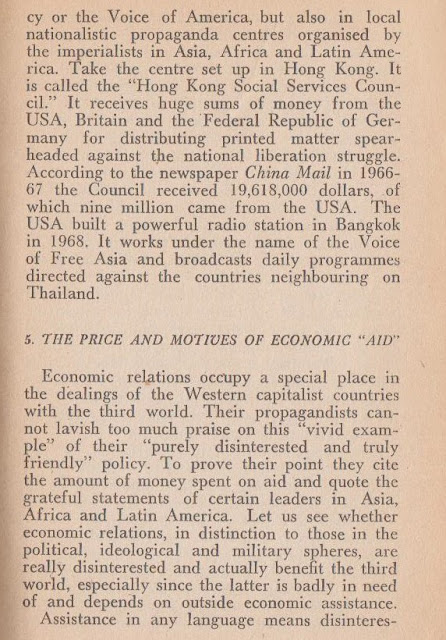 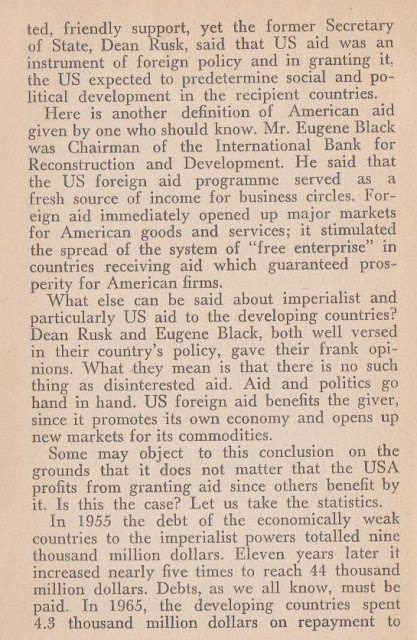 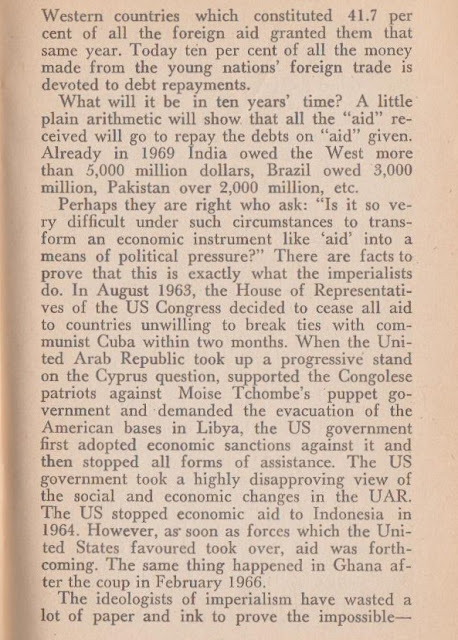 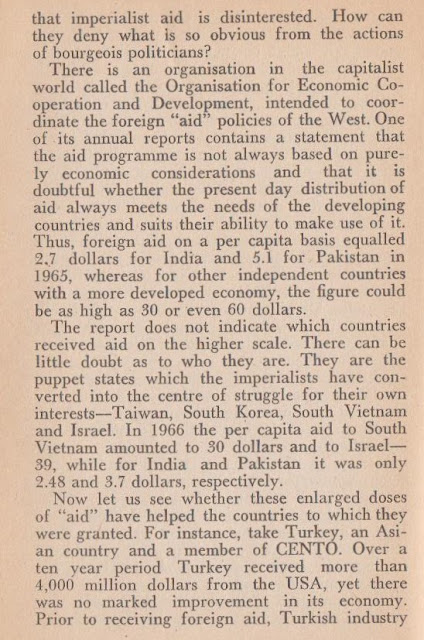 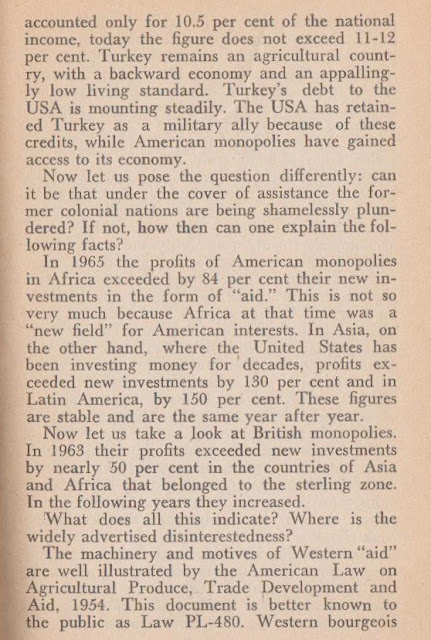 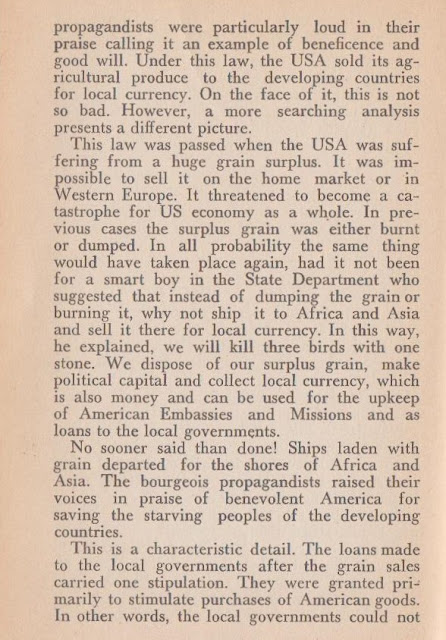 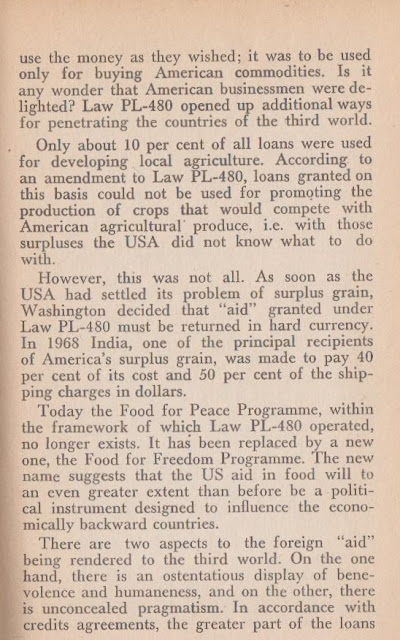 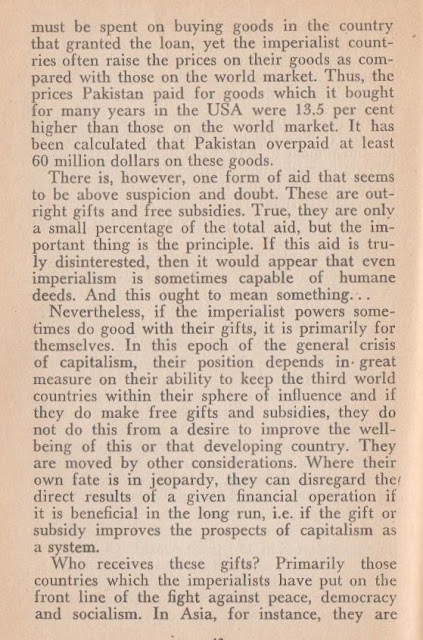 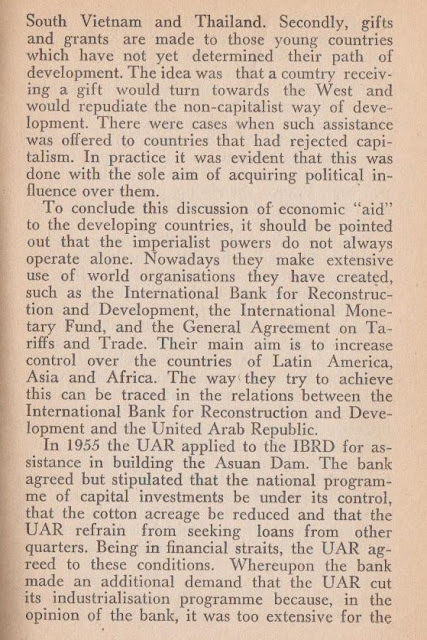 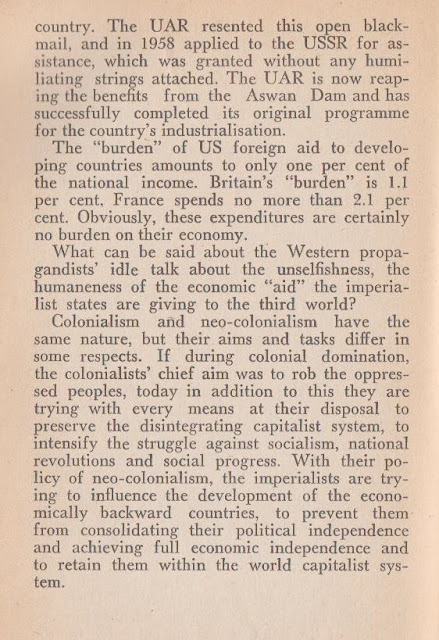 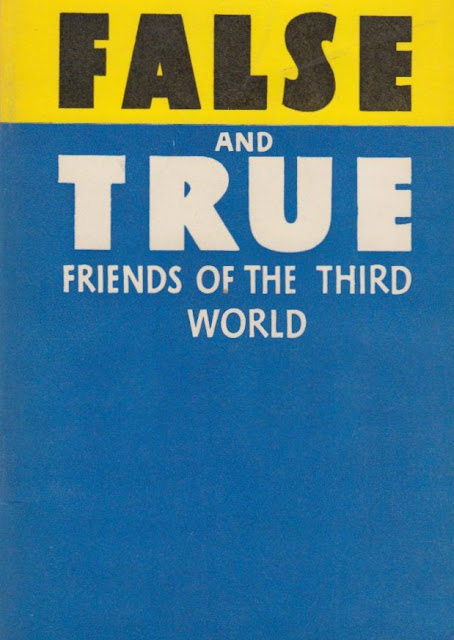 
If you have any public, vintage leaflets or booklets you would like to contribute to this project please contact us via theleftchapter@outlook.com

Posted by Michael Laxer at 1:54 PM