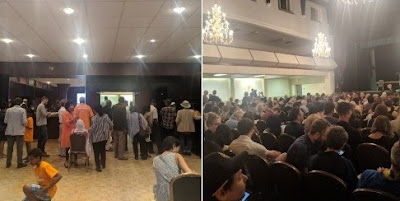 Something clearly went very wrong at the Parkdale NDP's federal nomination meeting on Sunday the optics of which are not good at all. While it seems that an overwhelmingly white room of NDP members easily breezed through the registration process to get to vote, members and supporters of one candidate, Saron Gebresellassi -- many of whom were from racialized communities -- appeared to encounter serious obstacles from those in charge of the meeting.

Sometimes pictures are worth a thousand words though and here are tweets and photos about the night and how it unfolded that certainly seem to speak for themselves. 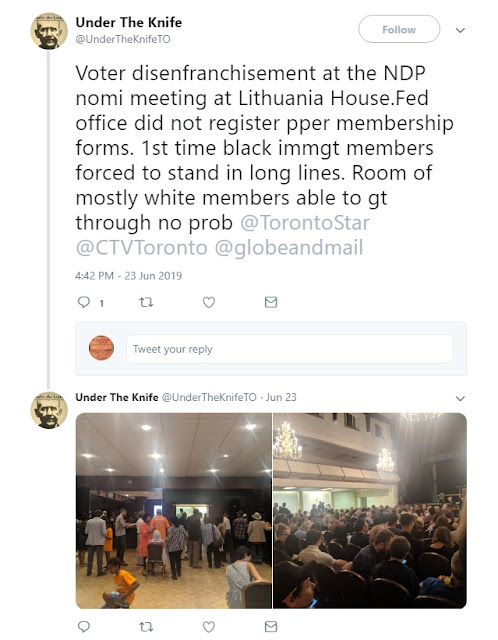 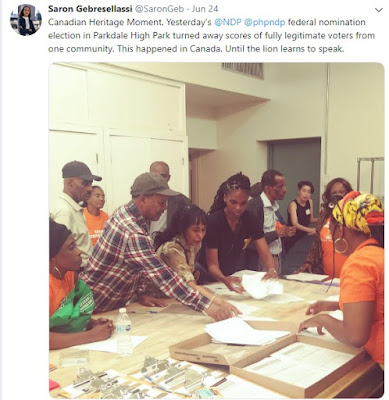 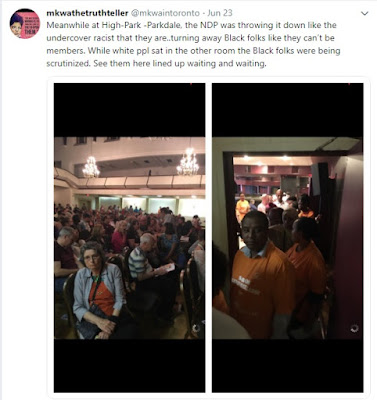 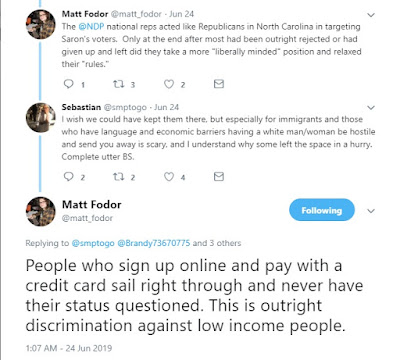 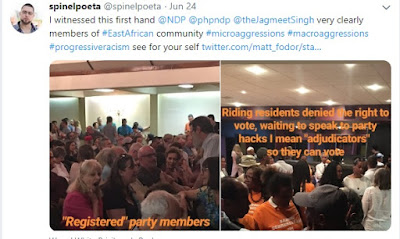 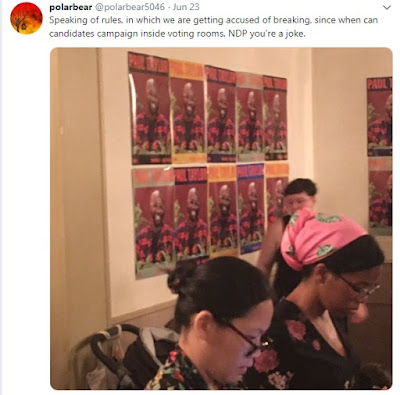 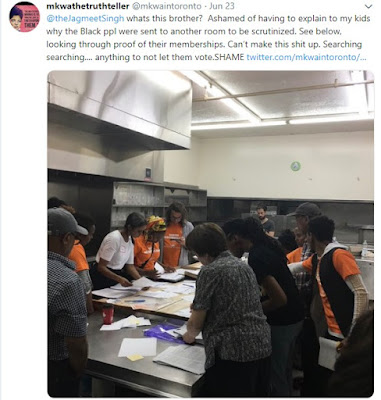 Posted by Michael Laxer at 6:15 AM