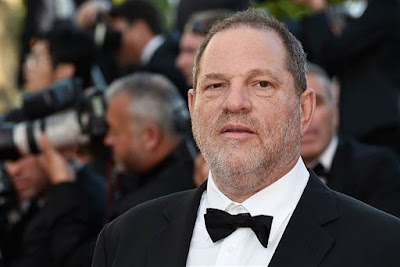 
This list covers the week of  October 8 - 15. It is generally in order of the date of the article's release.

1) Against Mars-a-Lago: Why SpaceX’s Mars colonization plan should terrify you

Thomas Frank, writing in Harpers, once wrote of a popular t-shirt he sighted while picnicking in a small West Virginia coal town: “Mine it union or keep it in the ground.” The idea, of course, is that the corporations interested in resource extraction do not care whatsoever about their workers’ health, safety, or well-being; the union had their interests at heart, and was able to negotiate for safety, job security, and so on. I’d like to see a similar t-shirt or bumper sticker emerge among scientists and space enthusiasts: “Explore Mars democratically, or keep it in the sky.”

“It’s not that they don’t care. It’s that they’ve given up.” This was how Commanding Officer Benjamin Sisko, played by Avery Brooks, described early 21st-century Americans in an episode from Star Trek: Deep Space Nine. When it aired in 1995, “Past Tense” spoke to contemporary concerns about homelessness by telling a story set in 2024—the near future for viewers, but the distant past for characters. In the two-part episode, Sisko and two of his companions from the U.S.S. Defiant find themselves stranded in San Francisco, where they’re reminded that the federal government had once set up a series of so-called “Sanctuary Districts” in a nationwide effort to seal off homeless Americans from the general population. Stuck in 2024, Sisko, who is black—along with his North African crewmate Dr. Julian Bashir and the fair-skinned operations officer Jadzia Dax—must contend with unfamiliar racism, classism, violence, and Americans’ apparent apathy toward human suffering.

Hundreds of thousands of people have taken to the streets in Barcelona and Madrid this weekend to protest for – and against – the Catalan government’s push for secession from the rest of Spain.

Vice President John Nance Garner once said that being the vice president was “not worth a bucket of warm piss.” (Many know this quote as “bucket of warm spit.” It’s “piss.”) The current holder of that office, Mike Pence, showed on Sunday that Garner, if alive, would owe an apology to piss buckets everywhere.

5) Why Are Venezuela's Regional Elections So Crucial?

The regional elections (Governor and States Legislative Council) are a key importance issue in Venezuela’s current political situation. We might be tempted to treat them as trivial if they were just new elections after so many others. But that's not what they are.

By bowing to pressure from racist internet trolls, Drexel has sent the wrong signal: That you can control a university’s curriculum with anonymous threats of violence. Such cowardice notwithstanding, I am prepared to take all necessary legal action to protect my academic freedom, tenure rights and most importantly, the rights of my students to learn in a safe environment where threats don’t hold sway over intellectual debate. Alongside organizations like the Campus Antifascist Network, I will continue to challenge white supremacists in an effort to make Drexel and all universities safe space for an intellectual debate among equals.

7) Jemele Hill is paid to opine, so why has she been silenced?

Jemele Hill has one job responsibility: To opine on the world of sports.

Sidney Crosby is a lucky guy. On Monday, the Stanley Cup champion told the CBC that he “grew up under the assumption” that politics “wasn’t something really bred into sports.” From his side of things, he told the broadcaster, “there’s absolutely no politics involved.” And why would there be? He quite literally has no skin in the game.

Ultimately, some people matter more than others — which is how white foreigners are “incredible patriots” while black Americans asking to be treated equally get labeled “sons of bitches.”

A Utah police officer was fired Tuesday after being seen on video roughly handcuffing a nurse because she refused to allow a blood draw in an incident that became a flashpoint in the national conversation about use of force.

11) Over 80% of reserves have median income below poverty line, census data shows

Four out of every five Aboriginal reserves have median incomes that fall below the poverty line, according to income data from the 2016 census that provides insight into the depth of poverty facing Indigenous Peoples in Canada.

12) The Tragic Failure of Ken Burns’ “The Vietnam War”

There is so much to love about this series. The uncompromising scenes of combat, the voices of both Americans and Vietnamese, the historical context, the exposure of the utter incompetence of our military leaders, the terrific music that is frequently exactly where it should be, the slowly revealed powerful still images and Peter Coyotes’ wonderful narrative voice. Its tragic failure is its inability to hold anyone responsible for their actions.

A Manitoba woman — who says her ex-husband is stalking her, threatening her and has access to weapons — was denied a protection order, she says, because she is not in "imminent danger."

Britain has made zero progress in tackling inequality between the sexes in the past decade and lags behind Sweden, Denmark, Finland, the Netherlands and France in the EU’s latest gender equality league table.

A black poet and activist says a cartoon published by Frank magazine was meant to dehumanize her after she called out racism in Halifax.

16) When a Predator runs for Public Office

There are a lot of sides to the story of how I was raped in late August, and what happened before and after.

17) THE AIRPORT BOMBER FROM LAST WEEK YOU NEVER HEARD ABOUT

IT’S STRANGE HOW some things really catch on and go viral and others don’t. These days, nothing quite makes a story blow up — no pun intended — like the president’s fixation with it. That’s why it’s so peculiar that what sure looks like an attempted terrorist attack was narrowly thwarted at an American airport this past Friday without so much as a peep from Donald Trump about it. No tweets. No nicknames for the alleged would-be-terrorist. Nothing. You’ll see why in a minute.

Local 100 of the United Labor Unions filed a complaint against the Dallas Cowboys on Tuesday, alleging owner and general manager Jerry Jones has violated the National Labor Relations Act by threatening players if they choose not to stand for the national anthem.

Recently, a Canadian named Jennifer N. started a petition targeting an Indigenous-owned Toronto restaurant named Kukum Kitchen (whose doors recently opened in June). Jennifer’s "cause" petitions for seal meat to be removed from the menu, an Indigenous menu. As all educated Indigenous people and Canadians know, anti-sealing campaigns have had detrimental economic impacts for the Inuit (please watch Angry Inuk directed by Alethea Arnaquq-Baril or read any of the countless articles written on this topic).

20) Hollywood men silent over Weinstein allegations as women speak out

Meryl Streep, Judi Dench, Kate Winslet and dozens of other women in Hollywood have condemned the producer Harvey Weinstein amid a growing number of sexual harassment allegations. Most high-profile men in the industry, however, have remained silent.

Since the establishment of the first studios, a century ago, there have been few movie executives as dominant, or as domineering, as Harvey Weinstein. He co-founded the production-and-distribution companies Miramax and the Weinstein Company, helping to reinvent the model for independent films with movies including “Sex, Lies, and Videotape,” “The Crying Game,” “Pulp Fiction,” “The English Patient,” “Shakespeare in Love,” and “The King’s Speech.” Beyond Hollywood, he has exercised his influence as a prolific fund-raiser for Democratic Party candidates, including Barack Obama and Hillary Clinton. Weinstein combined a keen eye for promising scripts, directors, and actors with a bullying, even threatening, style of doing business, inspiring both fear and gratitude. His movies have earned more than three hundred Oscar nominations, and, at the annual awards ceremonies, he has been thanked more than almost anyone else in movie history, ranking just after Steven Spielberg and right before God.

In mid-August, Ronan Farrow, an NBC News contributor, had secured an interview with a woman who was willing to appear on camera, in silhouette, her identity concealed, and say Harvey Weinstein had raped her, according to four people with close knowledge of the reporting. It was a pivotal moment in a testy, months-long process of reporting a story that had bedeviled a generation of media and Hollywood reporters.

23) Harvey Weinstein expected Hollywood to keep protecting him, and why wouldn't he?

The reasons why men may have worked to keep allegations of Weinstein’s sexual harassment out of the media – or at the very least remained silence on issues which clearly crossed a moral line – are most likely the same reasons why so many women who have now shared their stories didn’t do so before.

I didn’t grow up in Hollywood. Far from it. But I did grow up a girl, and I remember. Because who can forget? We are in the park. Someone has “told” us about a funny man at the bus stop. We don’t know what this means really. We are 10. He comes over and starts chatting. He unzips his trousers and gets his penis out. We stare for what feels like a long time. Screaming, we run away. Next day he is outside our school and we are not sure who to tell because we think we shouldn’t have spoken to him.

By now, most of us have heard about the ongoing allegations against Harvey Weinstein, one of the biggest movie producers in history and predator of the moment. But as stories of harassment and sexual assault continue to pour in, and as more and more actors speak out, relaying their “disgust” and “horror,” what has shocked me most is not Weinstein’s abusive behaviour, but the shock itself.

Senior neurologists have suggested that a spate of mysterious ailments among US diplomats in Cuba – which has caused a diplomat rift between the two countries – could have been caused by a form of “mass hysteria” rather than sonic attacks.

One island, a poor socialist state with infrastructure in grave need of modernisation, has slowly emerged out of the chaos caused by a hurricane’s wrath, while the other, a territory of the richest country in the world, cannot see the light at the end of the tunnel.