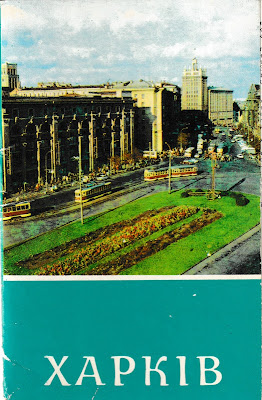 Kharkiv (or Kharkov) is the second largest city in the Ukraine and was the capital of the Ukrainian SSR until 1934. This postcard folder from the Soviet era shows the city and it various sights and institutions in 1975.

When looking at these photos it is worth remembering that around 70% of the city had been completely destroyed during the Second World War.

I am very fond of this particular folder as it has an interesting variety in its subjects and also has some well framed streetscapes which are always a favourite subject of our vintage photography posts. The photograph of what was Rosa Luxemburg Square stands out as does the oddly classical and monumental appearance of the airport.

Transit nerds will see in several of the photos the Tatra T-3 tramcars that were manufactured in Czechoslovakia during the Communist era and that were noted for their exceptional reliability. We had some photos of these in our look at vintage postcards of the city of Ulyanovsk.  Kharkiv had a very extensive tram network and these were the primary trams that operated on it until the late 1980s.

The folio cover has the city name in Ukrainian, which is Ха́рків.

The cards have descriptions of what each card is of in Ukrainian, Russian, French and English. 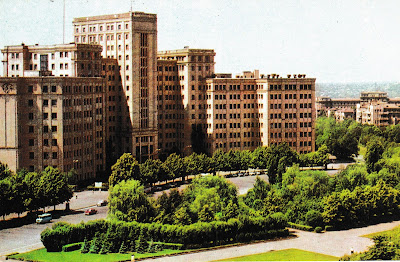 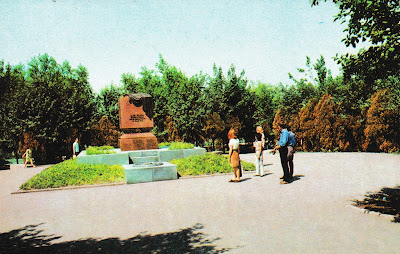 Monument to the Fighters for Soviet Power 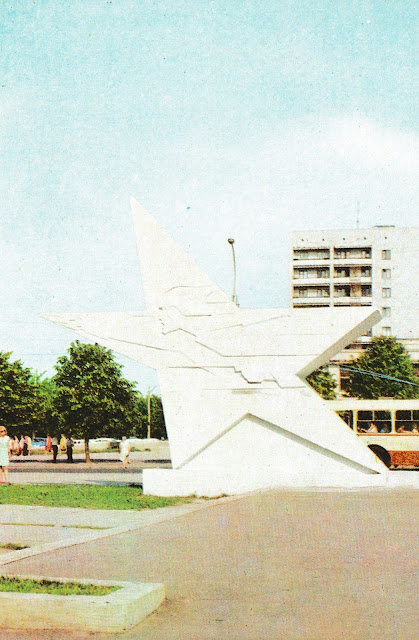 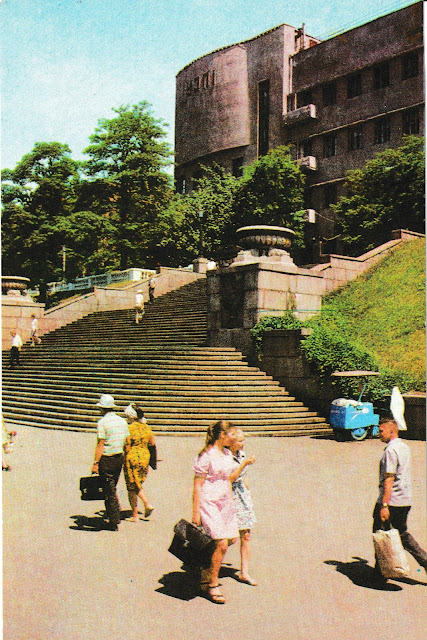 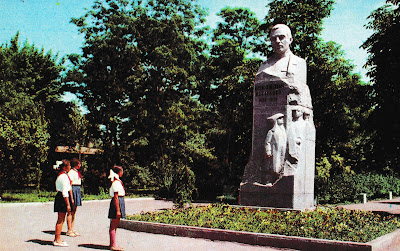 Monument to A. S. Makarenko 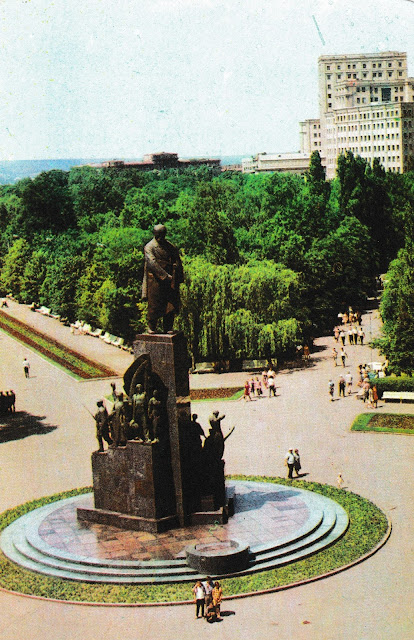 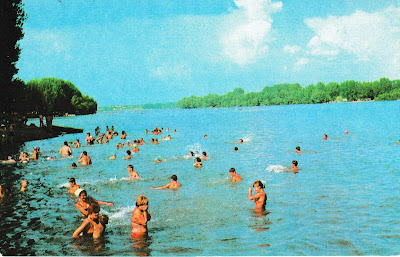 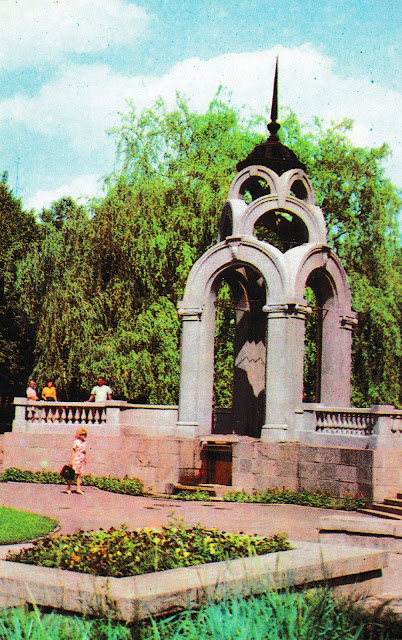 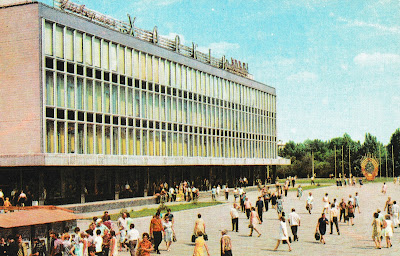 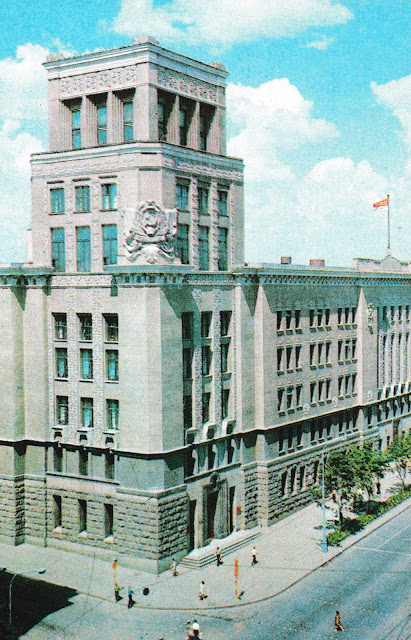 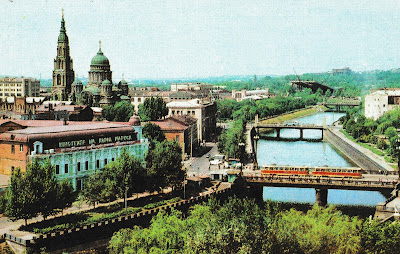 View of the Lopan River 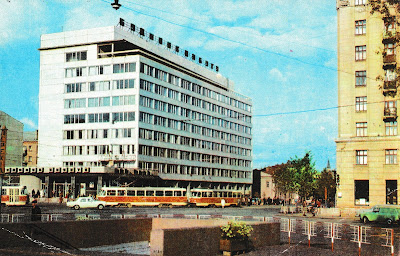 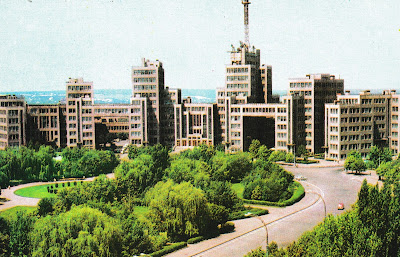 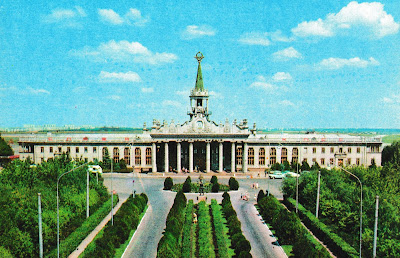 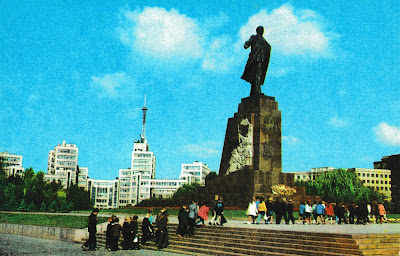 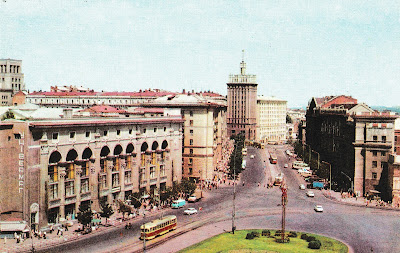 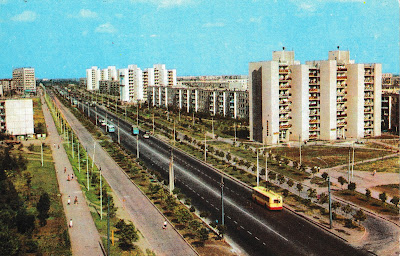 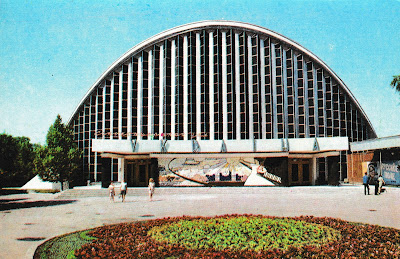 The Ukraine Concert and Cinema Complex

See also: Dimitrovgrad 1985 - A Soviet Postcard Folder of the City and its Sights

Posted by Michael Laxer at 2:50 PM