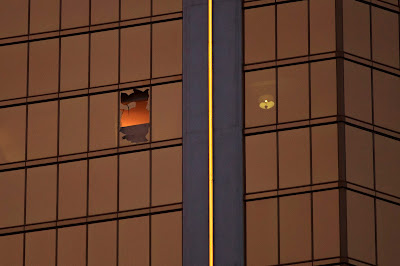 This list covers the week of  October 1-8. It is generally in order of the date of the article's release.

After previously hypothesizing women could die young because they can’t handle the “stress” of working a job, the Fraser Institute has finally come around to the idea that economic inequality could limit the freedom of women.

2) The White Privilege of the “Lone Wolf” Shooter

LAST NIGHT, THE United States experienced the deadliest mass shooting in modern American history. At least 58 people are dead and over 500 more wounded. No, that’s not a typo: More than 500 people were injured in one single incident.

Americans woke up on Monday morning to learn of yet another horrific act of gun violence in the United States—this time a mass shooting in Las Vegas that left at least 58 people dead and more than 500 injured. But it seems unlikely that the politicians in a position to actually change our gun laws will actually do something about it, because they never do.

PRESIDENT TRUMP ARRIVED in Puerto Rico on Tuesday and immediately began lauding himself and his administration for their response to Hurricane Maria. But mixed in with the self-congratulation were several references to how much relief efforts were costing.

5) Labour has a once-in-a-generation opportunity, and the Tories know it

People are ready for a radical change. Trying to brand Corbyn a Marxist throwback who wants to turn Britain into Venezuela won’t work.

6) Too poor to vote: how Alabama’s ‘new poll tax’ bars thousands of people from voting

In Alabama, money keeps thousands of people away from the ballot box – and the state’s felon disenfranchisement policies are probably unconstitutional.

The provincial government is moving to make obtaining abortion and other reproductive health services safer for Ontario women by introducing legislation that creates safe access zones around abortion clinics and other health facilities.

8) Why We Never Talk About Black-on-Black Crime: An Answer to White America’s Most Pressing Question

You’ve heard it before. It is the most frequent response to any accusation of police brutality. It is the repeated sleight of hand used to distract and drown out the voices of Black Lives Matter. It is an oft-used “alt-right” refrain and a sincere query from curious white questioners. It is the weapon of choice for the black practitioners of respectability politics and the favorite follow-up for people who frame their arguments with the preamble, “Not all white people ... ”

9) Catalonia: From Referendum to Republic?

An interview with Luc Salellas, Jacobin

Amid a general strike in Catalonia, we speak to Lluc Salellas of anticapitalist party CUP about the next steps for the independence movement.

As the U.S. Senate Intelligence Committee says it has reached the conclusion that Russia interfered in the 2016 U.S. presidential election, and CNN reports a number of Russian-linked Facebook ads specifically targeted Michigan and Wisconsin, two states crucial to Trump’s victory in November, we speak with Russian-American journalist Masha Gessen. “We don’t know if there was a conspiracy,” Gessen says of allegations the Trump campaign colluded with Russia. “But even if there was, we should do our best to try not to engage in conspiracy thinking. … It lends itself to this idea that once we discover that Trump colluded with the Russians, that we’ll magically get rid of Trump.” She says it is unlikely the investigation will produce the kind of evidence of collusion that could be used as a legal basis for impeachment, and argues impeachment is unlikely while Republicans have control of both houses of Congress.

As Canada's politicians threw blame around in the wake of TransCanada's cancellation of the Energy East pipeline, environmental groups hailed the decision, and called it a sign that the age of oil is coming to an end.

12) The Myth of Women’s ‘Empowerment’

The concept of women’s empowerment needs an immediate and urgent rescue from the clutches of the would-be saviors in the development industry. At the heart of women’s empowerment lies the demand for a more robust global sisterhood, one in which no women are relegated to passivity and silence, their choices limited to sewing machines and chickens.

A century after the rise of the Bolsheviks, the young are reading Karl Marx again – and faith in the superstitious beliefs that underpin market economies is faltering.

It is no accident that, as we celebrate individuals rather than movements for radical change, Hugh Hefner has been hailed as the leader of the sexual revolution.

Two decades ago, the Hollywood producer Harvey Weinstein invited Ashley Judd to the Peninsula Beverly Hills hotel for what the young actress expected to be a business breakfast meeting. Instead, he had her sent up to his room, where he appeared in a bathrobe and asked if he could give her a massage or she could watch him shower, she recalled in an interview.

The Weinstein Company struggled to perform damage control on Friday amid allegations of rampant sexual harassment by its co-chairman Harvey Weinstein and turmoil among its ranks. One-third of the company’s all-male board resigned, while board members who remained hired an outside law firm to investigate the allegations and announced that Mr. Weinstein would take an indefinite leave of absence immediately.

18) Actresses Respond to Harvey Weinstein’s Accusers: ‘I Believe You’

I have been having conversations about Harvey Weinstein’s history of sexual harassment for more than 17 years.

Another mass shooting in America, another round of questions. Was the shooter a terrorist or a lone wolf (read: “Is he Muslim or not?”). Did he have a political agenda? Was he mentally ill? Why would someone do this?

A question we never ask: Was the shooter a man?

While this article is from 2016, it is well worth reading again in the wake of Las Vegas:

21) One group is responsible for America’s culture of violence, and it isn’t cops, black Americans, Muslims or rednecks. It’s men

On Thursday morning, a fire alarm in the Los Angeles Times' building went off. Fortunately, the dozens of office alarms I've heard over the years have always been drills or misfiring systems. For the first time, instead of begrudgingly grabbing my belongings and traipsing downstairs, I was afraid. For the first time, the thought in my mind wasn't "drill" but "shooter."