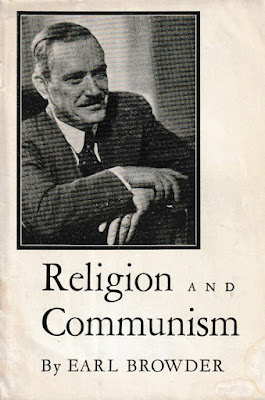 In this leaflet -- which is a transcript of a speech he gave at the Community Church in Boston in 1939 -- Earl Browder, the then leader of the Communist Party USA, tries to address issues around religion and communism both ideologically and in the context of the Soviet Union and the US party. Browder led the party from the mid 1930s until 1945. (Browder was eventually expelled from the party in 1946.)

The booklet is interesting in its historical context against the backdrop of the Spanish Civil War and Nazism, both of which it references. It is also notable for its very obvious attempts to appeal to Catholics specifically. Browder also tries to frame the campaigns against the Greek Orthodox Church in the Soviet Union as the repudiation of what had been a state religion under the Czars and thus akin to the overthrow of the stranglehold of the Catholic Church on life in France during the French Revolution or the desire of Americans to be free from a state religion and to favour the separation of church and state.

One notable quote: "The fascists have so terribly revived the cannibalistic anti-Semitism of the Middle Ages, and intensified it, precisely under the completely false identification of the Jewish religion with Communism". 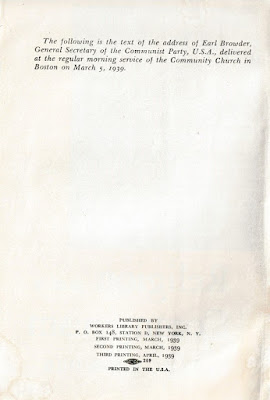 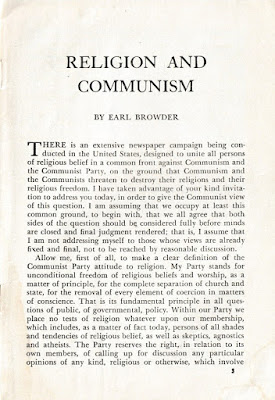 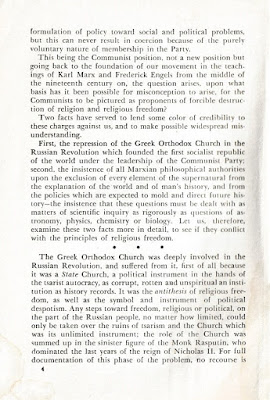 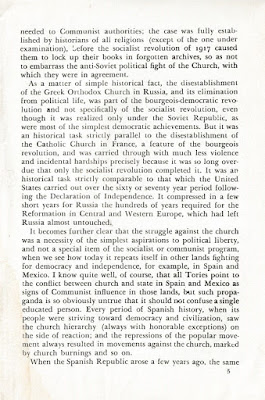 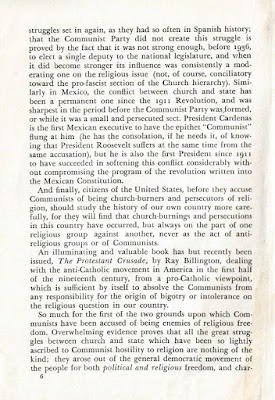 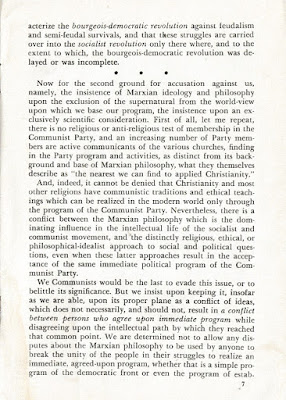 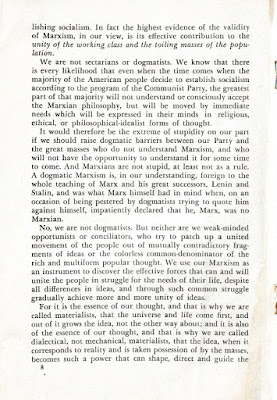 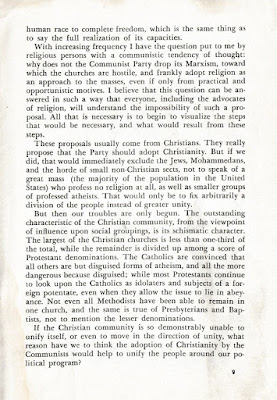 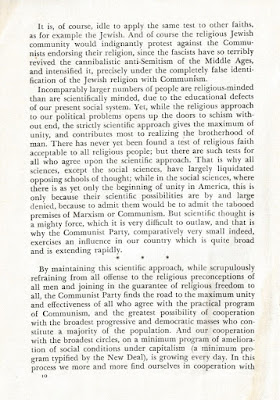 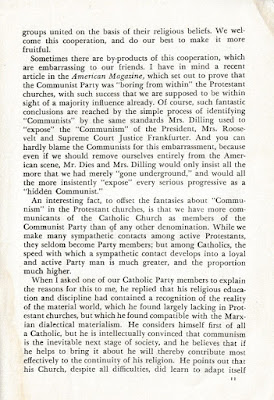 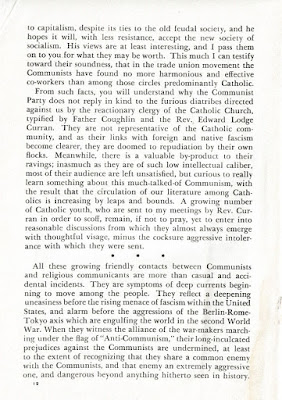 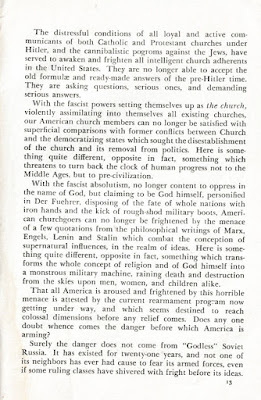 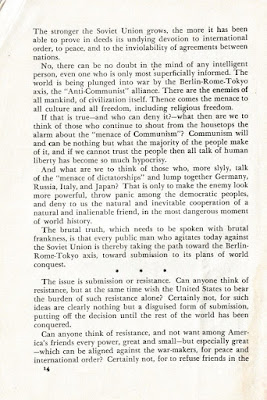 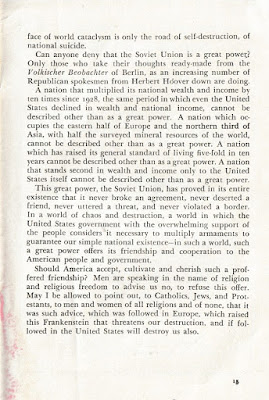 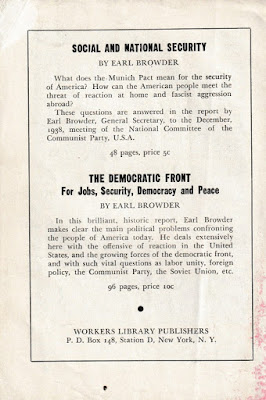 Posted by Michael Laxer at 3:59 PM