Blagoveshchensk on the Amur River, USSR 1977 -- A Soviet Postcard Folder 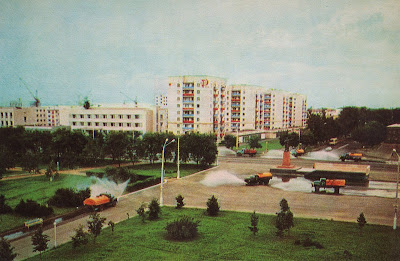 Published in 1977 this postcard folder has images of the Far Eastern river city of Blagoveshchensk that was in the Amur Oblast of the USSR. The city lies on the Amur River right on the border with China.

An important administrative centre, the city also had industry based around timber and metals. It had a population of just under 200,000 at the time.

These photos show various aspects of city life including the public beaches, boardwalks and passenger and tourist barges on the river. I love the shots of the river at night, the hotels, cinemas and theatres. The picture of the city maintenance trucks cleaning V. I. Lenin Square in the morning is one of my favourite Soviet cards to date.

Across from Blagoveshchensk on the Amur is the Chinese city of Heihe.

We have translated the card descriptions from the Russian. 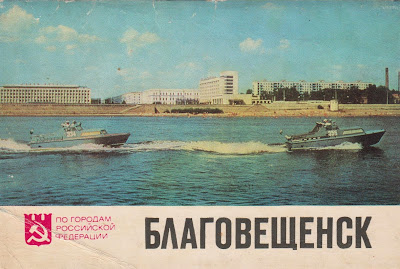 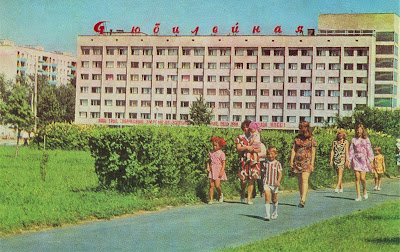 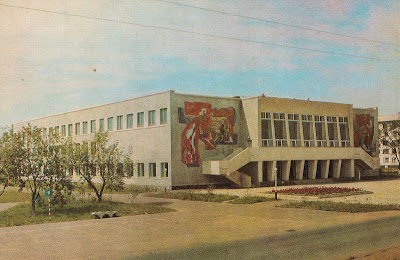 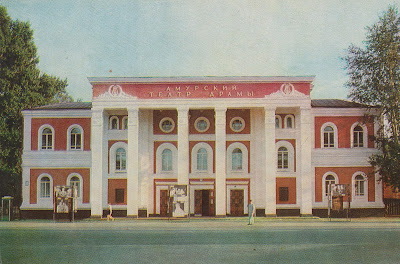 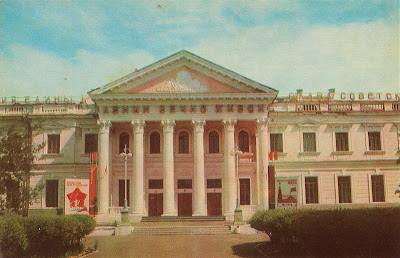 Officers House of the Red Army 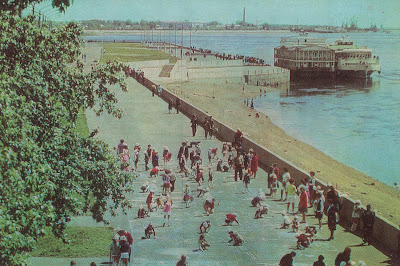 Children Drawing on the Asphalt by the Amur 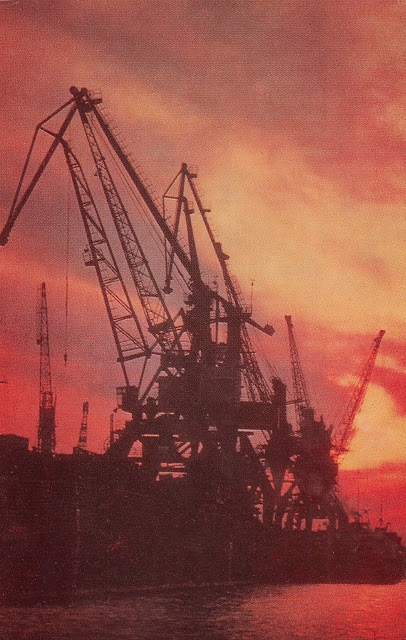 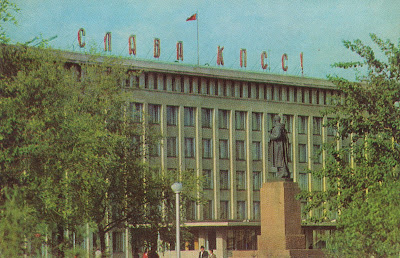 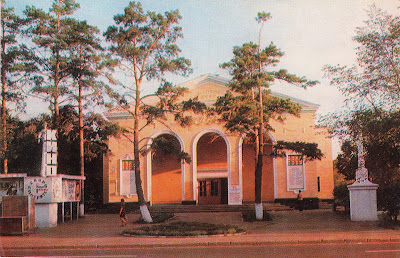 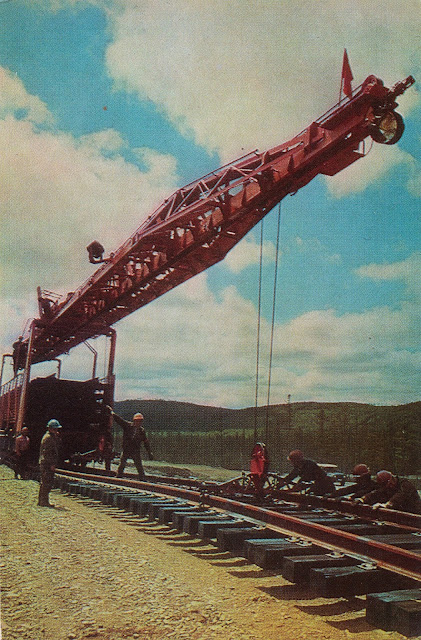 Laying Railway Track for the "BAM"
We looked at the construction of the BAM rail line in the post:
Road of Courage and Heroism -- Building the BAM in the USSR 1979 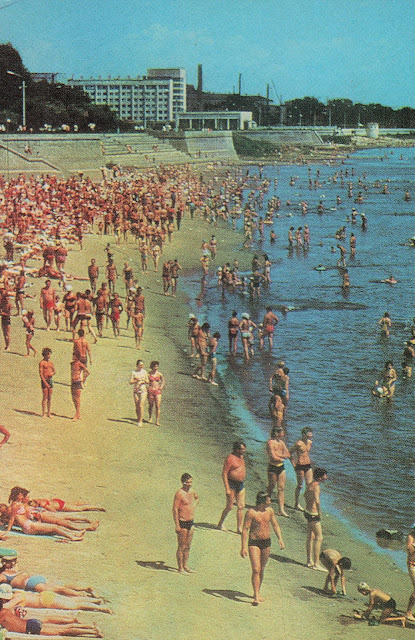 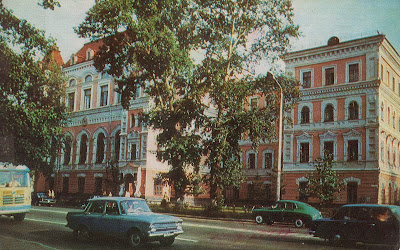 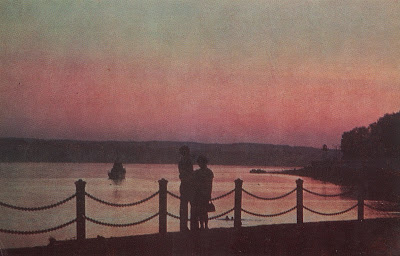 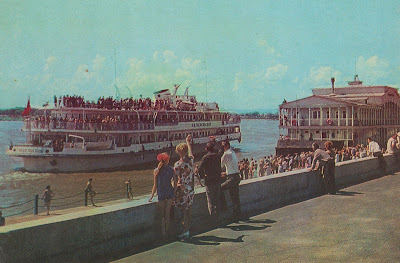 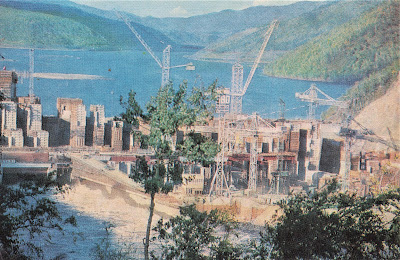 Construction of the Zeya Hydroelectric Dam 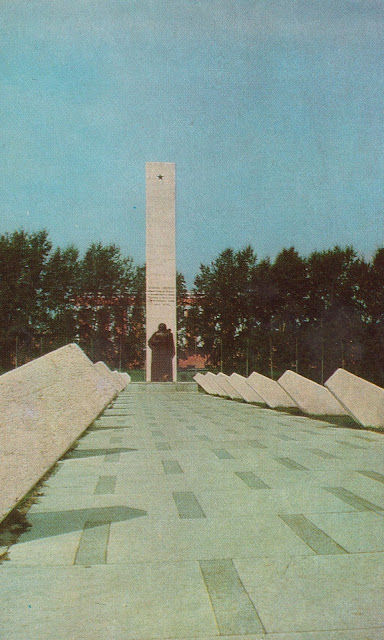 Monument to the Soldiers of the Great Patriotic War 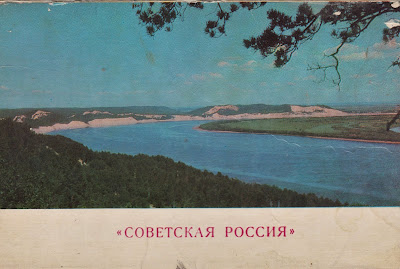 See also: On Sakhalin and the Kuril Islands - A Photographic Trip to the Soviet Far East, 1973

Posted by Michael Laxer at 2:34 PM