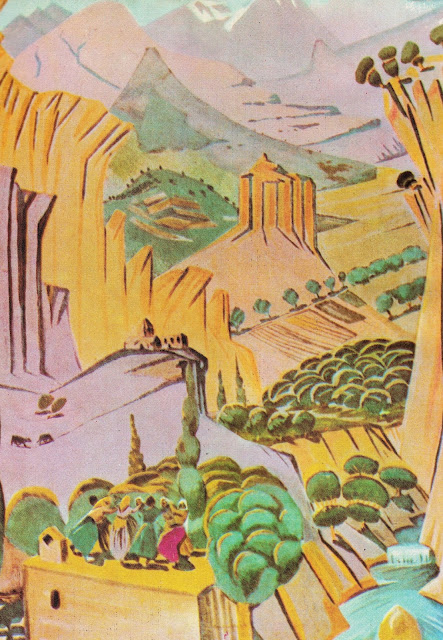 This wonderful combination of abstract and landscape art was painted one of the most famous modern Armenian artists Martiros Saryan. Saryan, though born in Russia, was of Armenian descent. He was the seventh of nine children. After the revolution and the formation of the USSR he went to live in the Armenian SSR where he stayed until his death in 1972 at the age of 92.

Saryan was a Deputy to the Supreme Soviet of the USSR and a winner of the Order of Lenin. His son was killed fighting the Nazis during the Second World War. He was the artist who designed the Armenian SSR's coat of arms seen below. 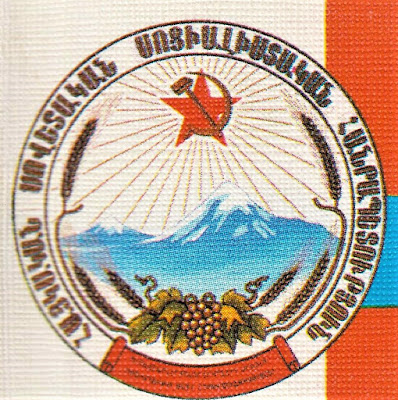 Posted by Michael Laxer at 4:45 PM