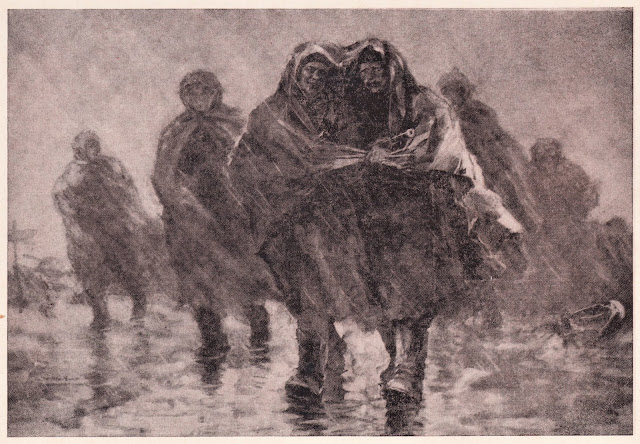 One of the more evocative and emotionally powerful pieces of military art I have come across, Friends was done by Soviet artist P. P. Parhet just after the Second World War. Parhet understood his subject all too well having served in the Red Army during the war and having been awarded the Order of the Red Star for his service fighting the Nazis.

Parhet was a member of the Communist Party of the Soviet Union. He was born in Odessa in 1907 where he also died in 1986 after a lifetime spent, during times of peace, as a successful and noted artist.