Neo-Liberal Transit Narratives, the NDP and Venezuela, "The End of History" & more -- February and March on The Left Chapter in review 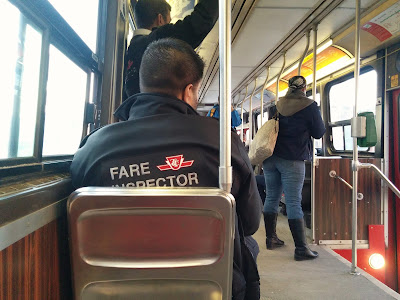 February and March saw 67 posts of various kinds on The Left Chapter.

This period's top post, in terms of hits, about the sham neo-liberal narratives around fare evasion on public transit was the most widely read and shared post on The Left Chapter so far this year.

Without any further ado, here are the top six posts, in terms of hits, from February and March.

1) The "fare evasion" narrative on the TTC is a total fraud. Here's why.

2) Where Does the NDP Stand on Venezuela?

Entirely predictably it would appear the NDP is going over to the imperialist camp.

3) “The End of History” and the Post-Soviet Tragedy

When almost any discussion of the USSR occurs today it is clouded by the western framing of the Cold War. Generally it is only the flaws of the Soviet Union or the Stalin Era that are looked at. Due to this it is often taken for granted that the collapse should be seen as a great and positive defining moment of the modern world and a victory over tyranny.

Greatly overshadowed by other news out of Ottawa the Trudeau government today announced its decision to extend the Canadian military mission to Ukraine until at least 2022. Chrystia Freeland -- who notoriously celebrated her Ukrainian grandfather's nationalist past despite the fact that he was a Nazi collaborator -- stated that the mission "allows us to meet Ukraine's needs and to offer new forms of support as Ukraine needs them."

In addition to a general overview of news and opinion this week's installment begins with a section of articles and videos devoted to the attacks on Ilhan Omar in the United States, to International Women's Day around the world and to Venezuela.

One of many interesting aspects of the largely ignored social history of the USSR was the exceptional efforts Soviet society made to provide heavily subsidized leisure and vacation activities and options for workers and citizens.

Posted by Michael Laxer at 1:56 PM