We are Internationalists! - Lenin reads the April Theses, April 17, 1917 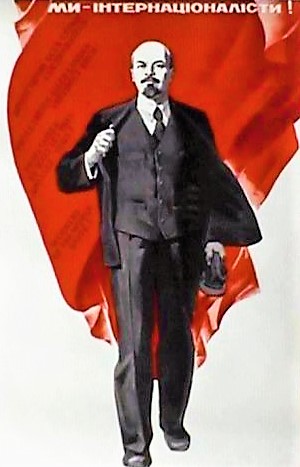 "We must take the initiative in creating a revolutionary International, an International against the social-chauvinists and against the “Centre”" - From the April Theses, read by Lenin at two meetings of the All-Russia Conference of Soviets of Workers’ and Soldiers’ Deputies on April 17, 1917 (April 4 according to the old calendar).

Lenin read his list of ten revolutionary directives the day after his arrival in Petrograd back from a decade of exile. These theses became of tremendous importance in moving the Bolsheviks tactically and ideologically along a path that would lead to the socialist revolution in November and the eventual formation of the USSR.

You can read the full text of the April Theses at : The Tasks of the Proletariat in the Present Revolution [a.k.a. The April Theses]

Posted by Michael Laxer at 8:24 AM