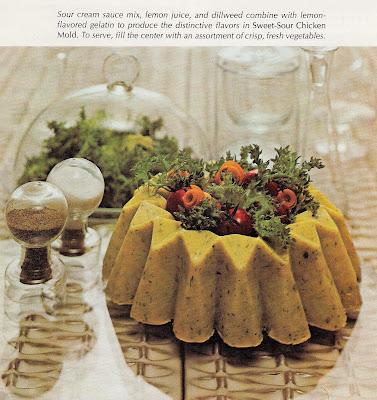 The After Work Cook Book from the folks at Better Homes and Gardens was one of many 1970s cookbooks they published, this one filled with recipes that were supposed to save you time and effort while  still impressing. As with a fair percentage of 70s cookbooks, this one is very high on the camp value and, among lots of classic or interesting recipes, has some period entries of humorously dubious taste.

We even looked at one of these previously in our post: Frank-Kraut Dinner - Sure to Get Everyone Buzzing.

Today we take a more general look at the book with, admittedly, an emphasis on some of the more outlandish fare.

There is the fondue setting that looks like it is lifted from the set of Logan's Run, the Confetti Meatball Supper that kind of has to be seen to be believed and the Sweet Potato-Turkey Pie that actually sounds like it would taste better than it looks.

We have also departed from our usual habit of headlining with an image of the book's cover as the photograph of the Sweet-Sour Chicken Mold is really quite a sight. It was also stamped as one that would be an "Entertaining Special". Indeed. 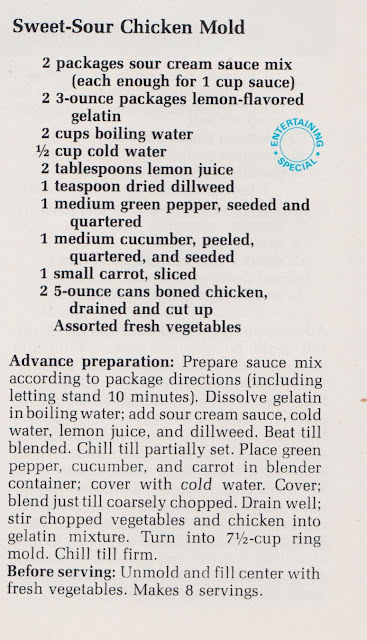 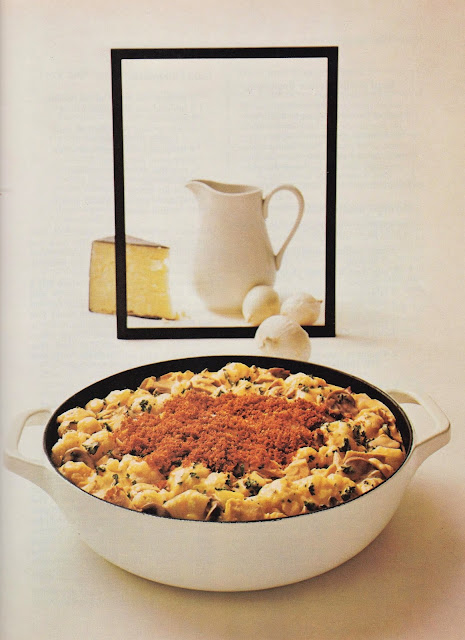 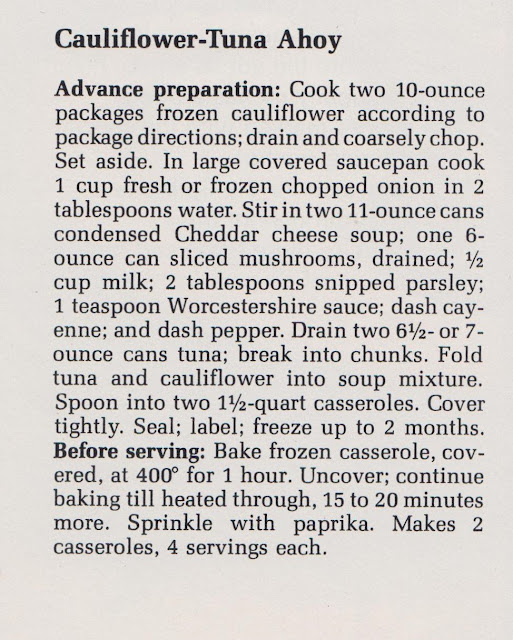 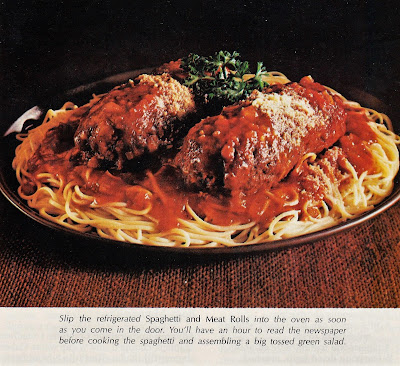 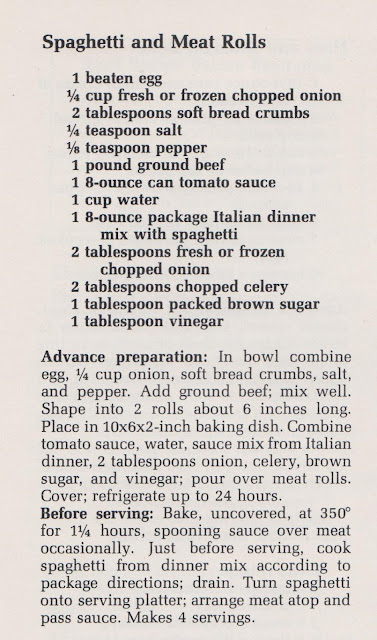 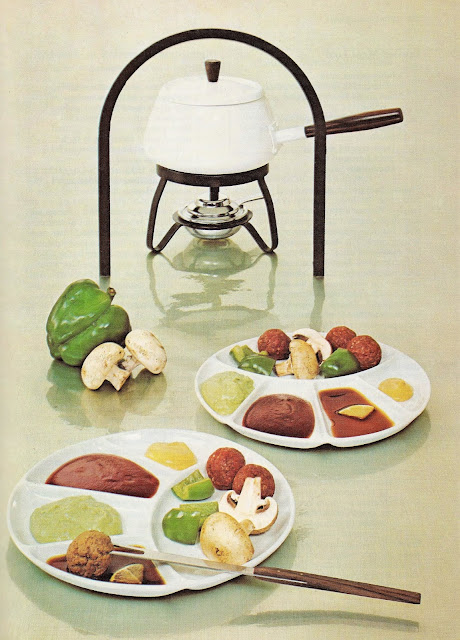 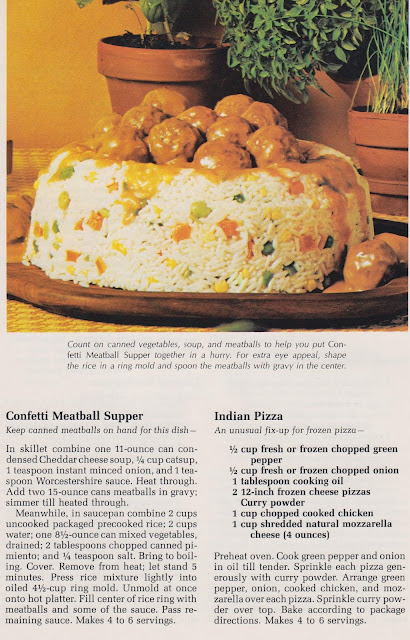 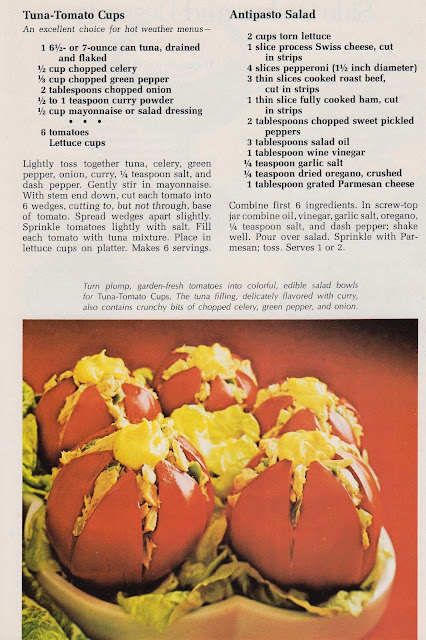 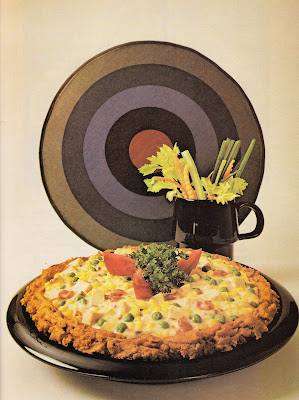 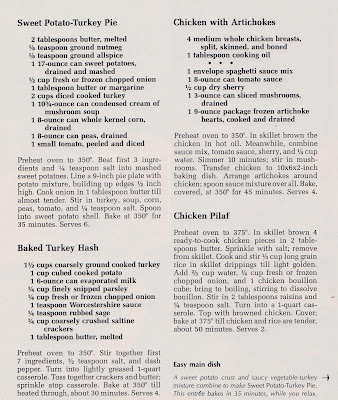 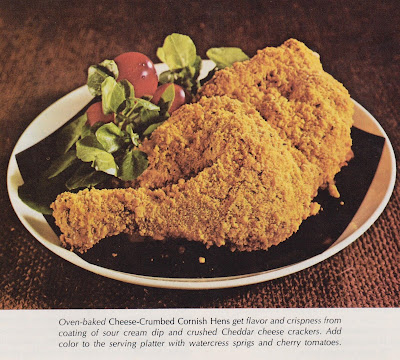 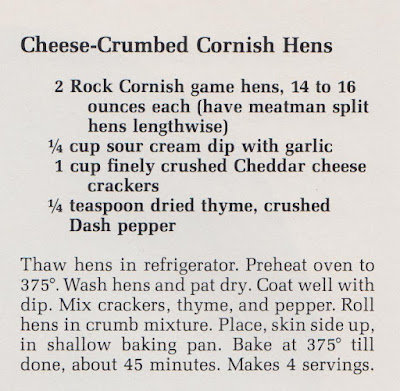 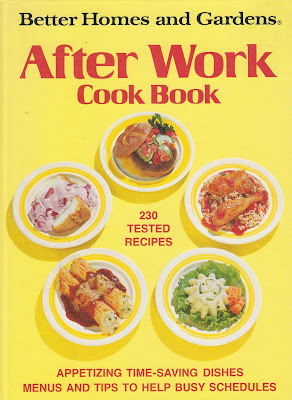