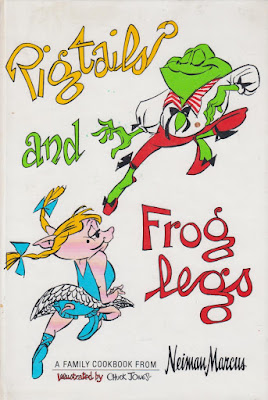 Pigtails and Frog Legs is a fairly standard community style charity cookbook but for one thing. It is illustrated by the famed Looney Tunes cartoonist Chuck Jones.

Jones, of course, was behind many of the most beloved shorts involving characters like Bugs Bunny, Wile E. Coyote and the Road Runner and Daffy Duck. An Academy Award winner his impact and influence on 20th Century popular culture was pronounced.

Here he put his considerable talents to use with a variety of very cute and charming illustrations to frame the recipes which were submitted to help several children's charities including the Pediatric Aids Foundation and the Special Olympics.

A relatively large cookbook for its type, it is divided into fairly standard sections along "Breakfast", "Lunch", "Dinner", "Dessert", etc lines. The emphasis is entirely on home-style cooking.

Today we share a variety of recipes each with a different Jones illustration. 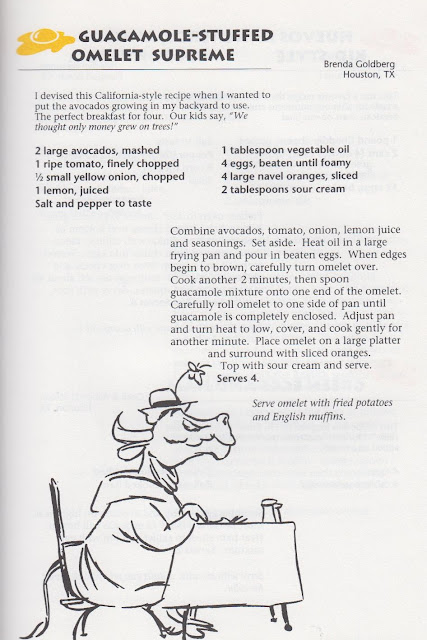 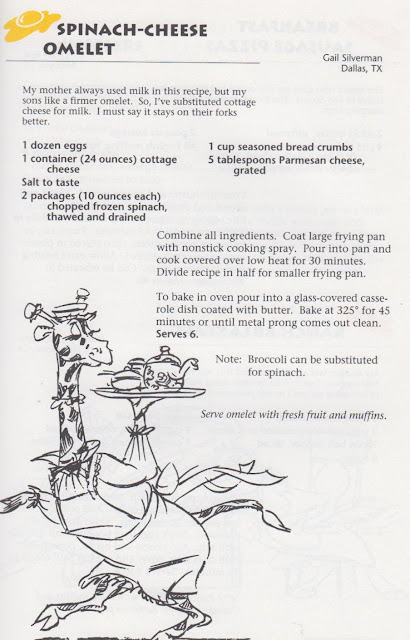 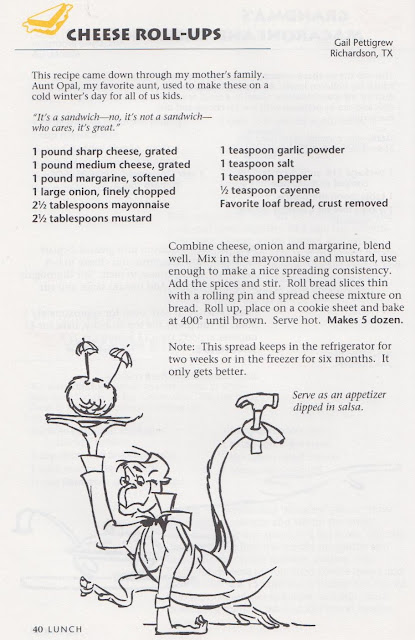 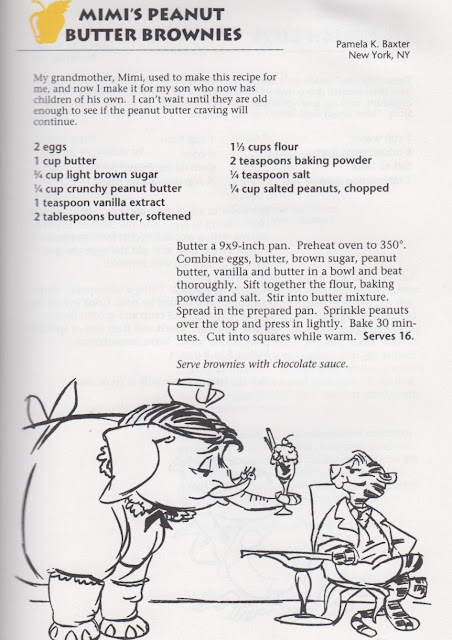 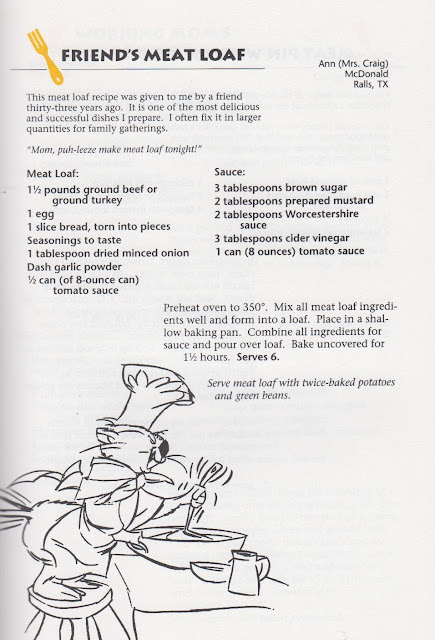 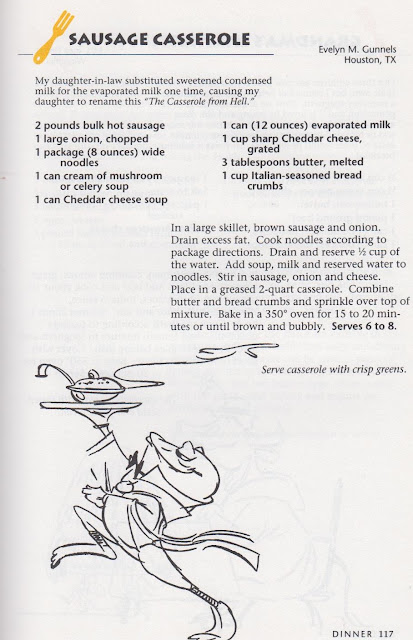 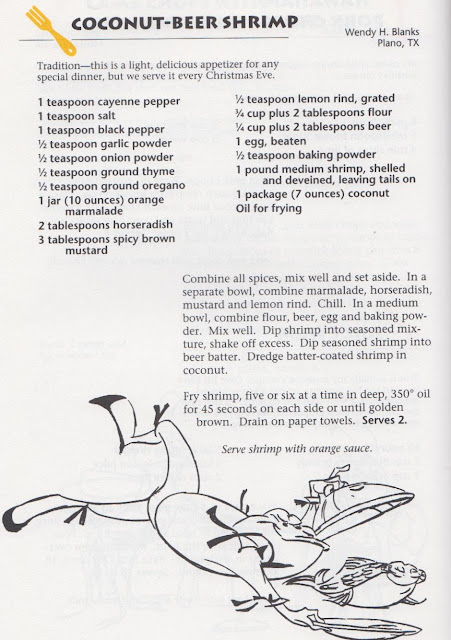 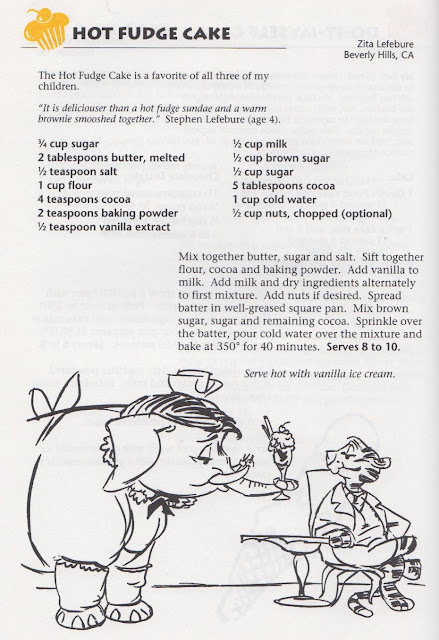 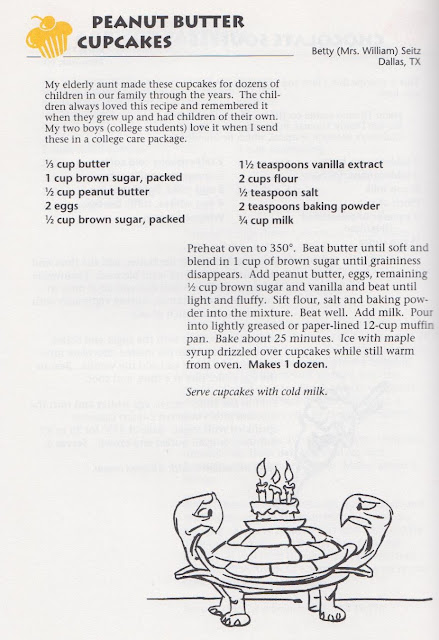 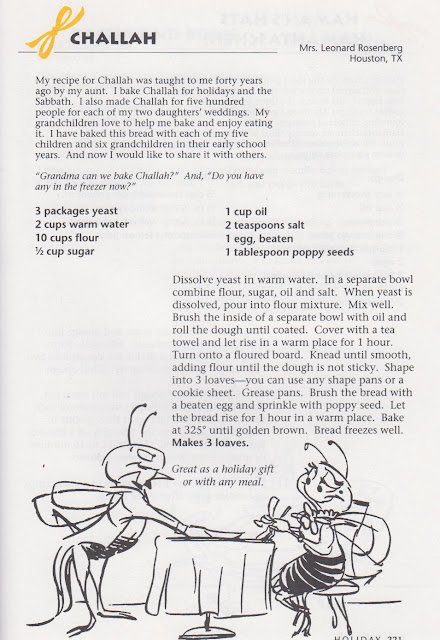 Posted by Michael Laxer at 5:45 PM