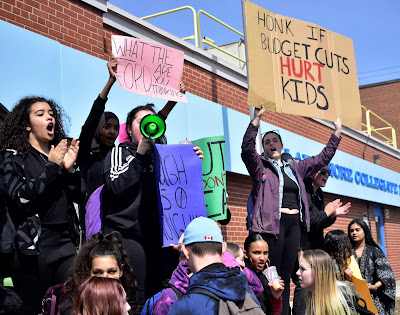 
Tens of thousands of students from hundreds of schools across Ontario walked out on Thursday, April 4 to protest the vicious cuts to education being made by the government of silver spoon tool of the corporate class Doug Ford and his minions.

One of these student strikes occurred in South Etobicoke, Toronto and saw hundreds walkout from Lakeshore Collegiate Institute (LCI) and Father Redmond Catholic High School. They marched along Kipling, Lake Shore Blvd. and ended by protesting at the Police College on Birmingham.

These amazing pictures were taken by LCI student and striker Randy Mena Leon (who can be followed on Instagram @randall.is.my.handle).

"Never forget and never forgive a government that would do this" Laxer said and its true.

We cannot forget this. The cruelty and attack on our province's young people that these cuts represent can never be forgiven.

A huge rally is planned at Queen's Park in Toronto this Saturday, April 6. 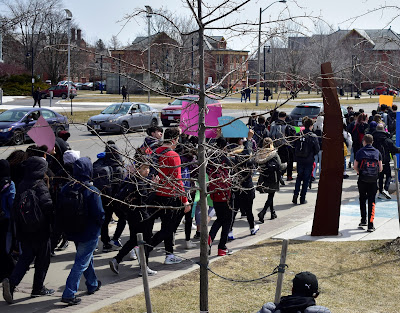 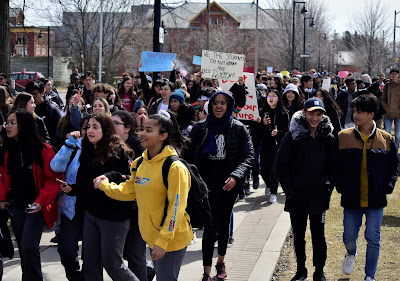 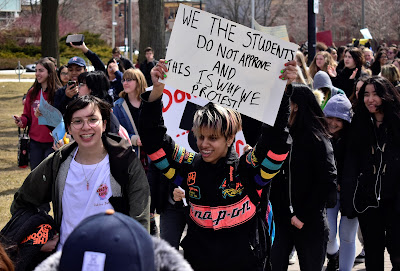 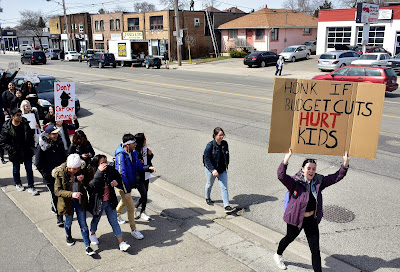 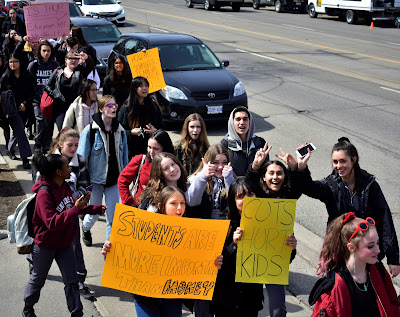 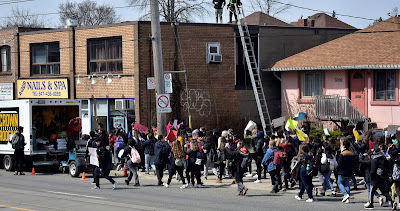 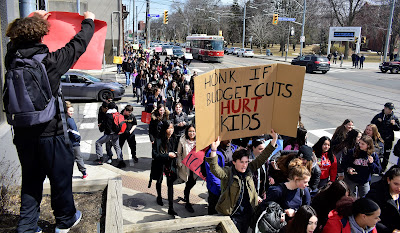 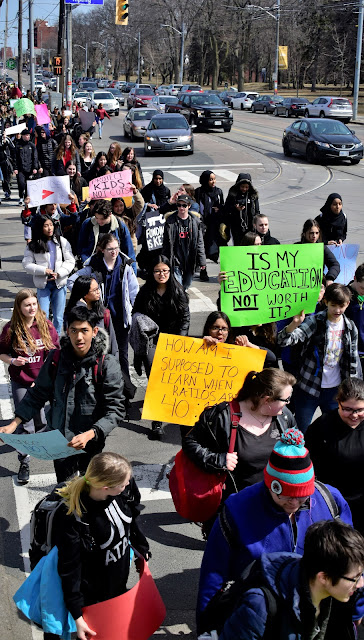 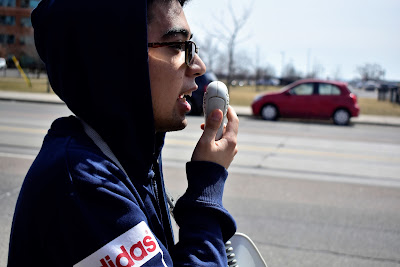 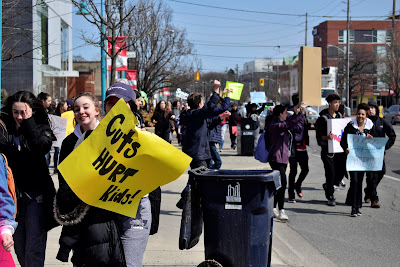 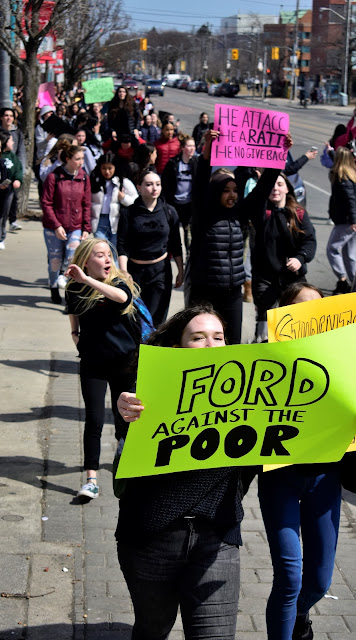 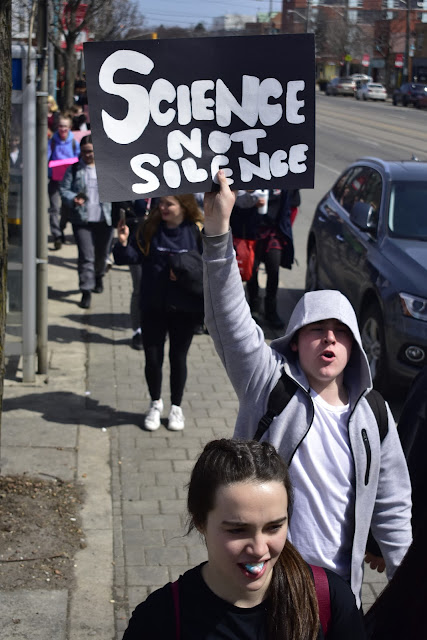 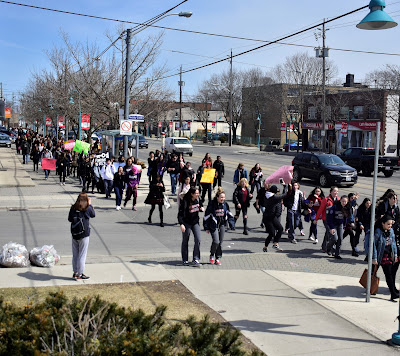 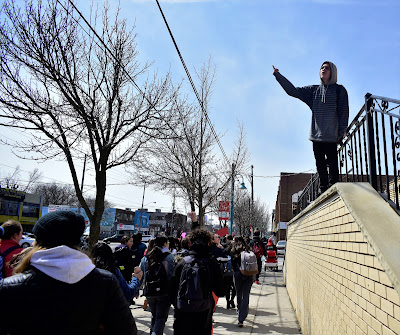 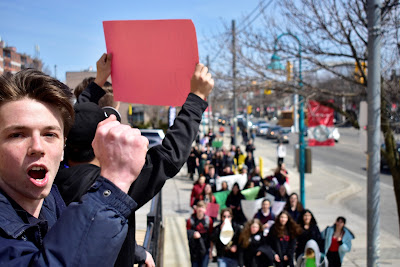 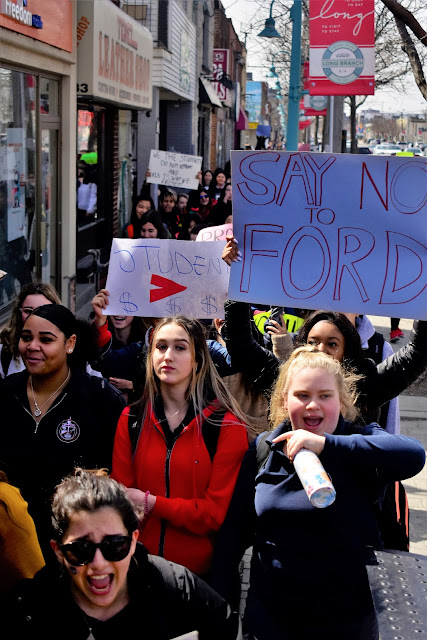 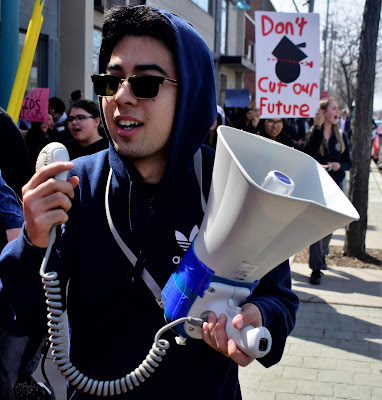 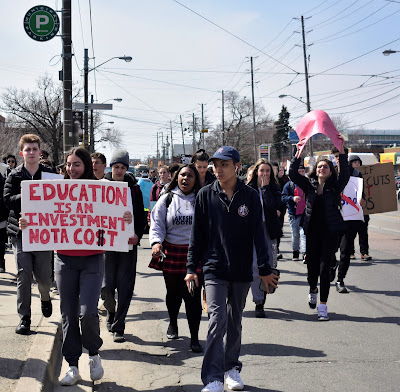 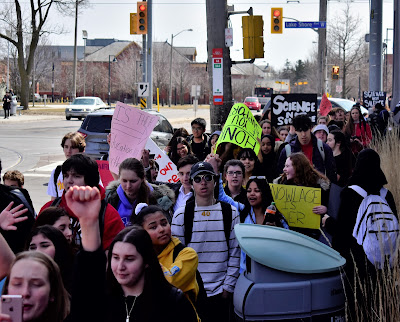 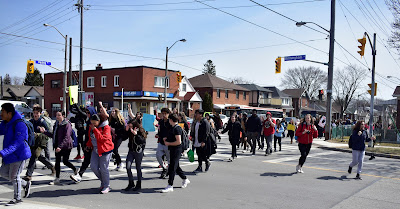 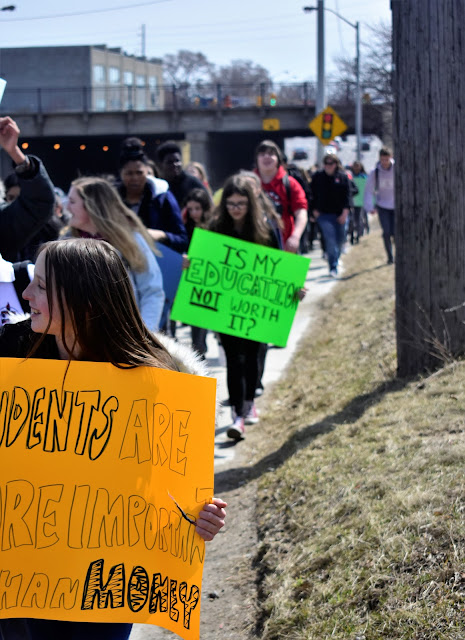 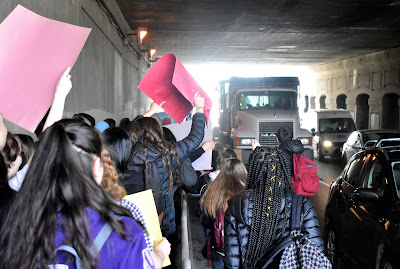 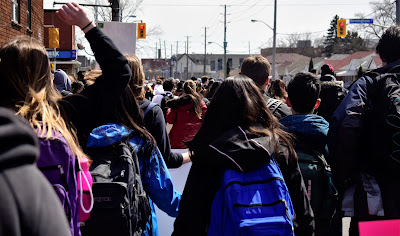 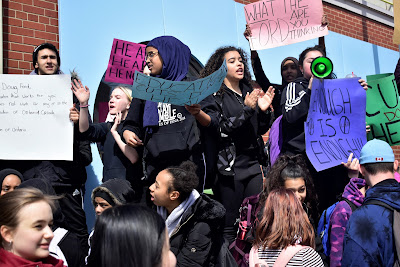 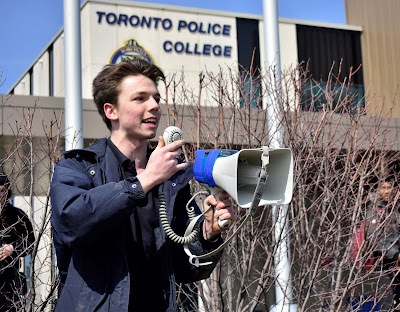 Posted by Michael Laxer at 8:51 PM