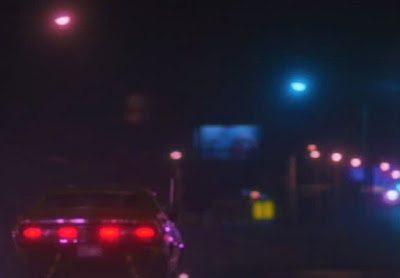 plane came in sunday night and you were on it
waiting in the old trans am luggage in the back
roaring down Fairfax Ave twilight heading to dark
front lights bright with the eagles on the radio
turn the dial you say laughing but i like the eagles
piano playing bar noise certain kind of southern tone
it has been a very long time since
but you were of course the one i loved then
the one i thought i would end up with
sad saturdays lying in bed half awake wondering where you were
i knew where you were but memory is a funny thing
ever wish you could wake up from the nightmare that is the 21st century
i do i do wish that
looking back i wonder how i managed to get so far along on so little
anyway i am not sorry about how things ended up but i am sorry about what i did
do you understand what i mean because i am not sure i do
but i know that i did you wrong and i know that you know that
these simple cruelties
sometimes being awake is like a long continuous scream
through all of the violence through all of the wars
through all of the carnage through
climbed out that back window it was 1986 everyone asleep
walking down the center of University Ave no cars
cigarette dangling drunk and half suicidal
is it odd to wonder why you exist because i wonder
i don't really think it is terribly worthwhile i told her but she laughs
had a really unusual and vivid dream this morning in fact i dreamed a memory i had long forgotten. like i was there
i was at the park hot late spring afternoon looking over and brigitte is lying on a small stone wall
sleeping light green summer dress
still and bright a perfect day
gust of wind
she half wakes up and looks over
the sad thing is that in just a few weeks we will be gone from here
we have never seen each other except in dreams
i have tried to talk to you but you don't pick up of course how could you i don't have your number
they think they have won
but they haven't won we have lost
a few days after the funeral i was having drinks at bartons
bar crowded games on tvs and songs
i had had too much head on the bar bruce springsteen talking about the backstreets
i heard the chair move and it was you you sat beside me
think you touched my back
when i got up the next day you were not there
sun streaming through blinds left open
heart broken just a little too much
have a funny story with this one at the university studying French language
became a communist sabina was from a spanish family
violent rallies student worker strikes
bizarre love triangle i did not understand then but i think i might now
the ugliness is unrelenting we persevered
right, maybe
its hard to say
canada day fireworks cheers lots of beer and laughs
holding hands it was a time
the sun eventually sets on everything
give me the car keys we should go home