Bolivar's Cause Lives on in the Struggle of the Peoples of Cuba, Nicaragua, El Salvador and Other Countries of the Continent Resisting US Imperialism 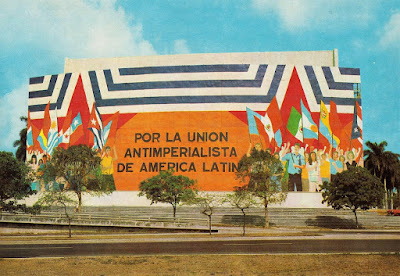 Leaflet: Bolivar's Cause Lives on in the Struggle of the Peoples of Cuba, Nicaragua, El Salvador and Other Countries of the Continent Resisting US Imperialism - Statement of Six Communist and Workers' Parties of Latin America, 1983

Issued after a meeting in July and August, 1983, this statement on the 200th anniversary of the birth of Simon Bolivar stressed the ongoing need of solidarity between the people of Latin America in the face of American imperialist attack and violence. It is remarkable how much it still resonates sadly.

It was jointly signed by leaders and representatives of the Communist Parties of Bolivia, Colombia, Ecuador, Panama, Peru and Venezuela. Some of its highlights include:


Bolivar's principal idea which has reached us and is particularly important today is that of the need for Latin America's unity in the struggle against a nascent new colonialism...Bolivar knew very well that the United States of America would do its utmost to prevent our countries from winning independence...


The anti-imperialist solidarity of the peoples of Latin America and the Caribbean is the best symbol of Bolivar's ideological legacy.

The statement makes interesting reading in today's context of the ongoing attempts to overthrow the legitimate government of Venezuela and to end its Bolivarian Revolution as well the intensification of the criminal economic blockade of Cuba by the Trump administration. 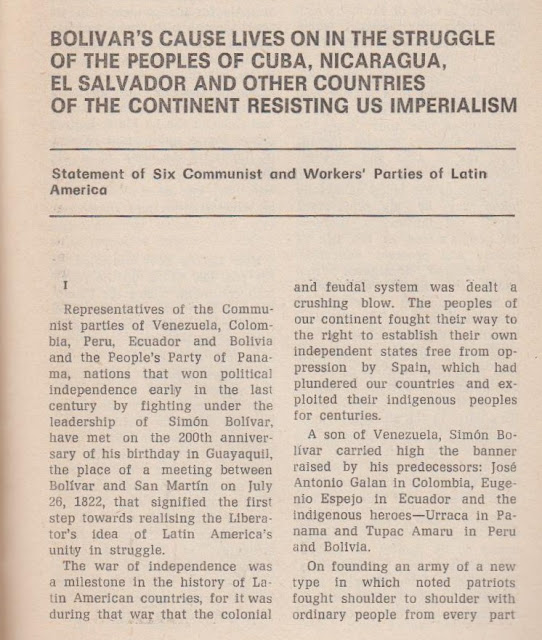 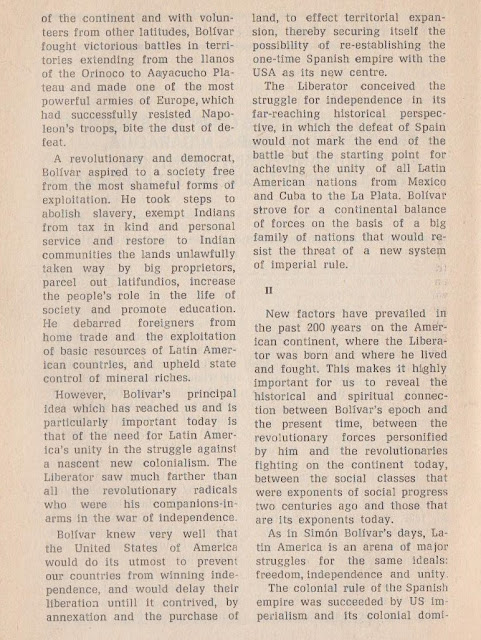 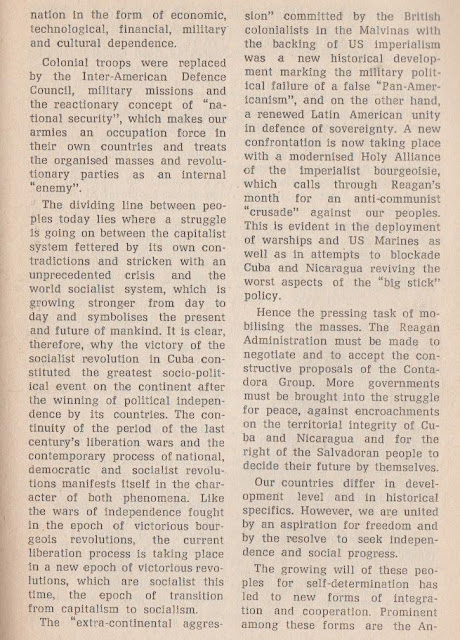 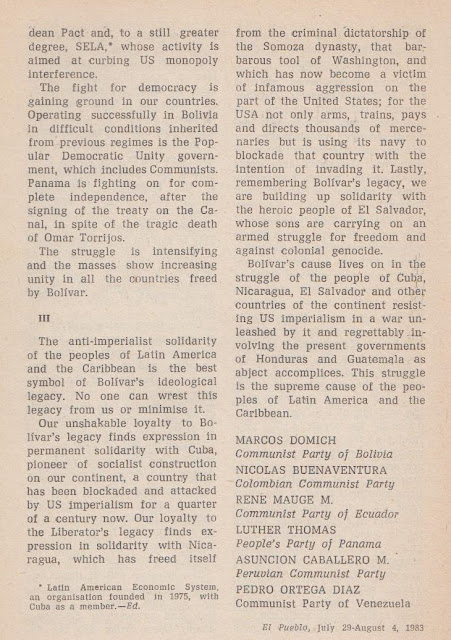 For other entries in the project see: Vintage Leftist Leaflet Project

Image is from our post: Revolutionary Cuba 1975: Sixteen Years of Socialist Construction Part III -- Photographs and History
Posted by Michael Laxer at 2:26 PM