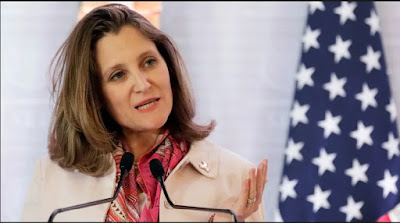 Police and prosecutors framed a father of four in a 2007 murder case with local and national political implications.

Two massive luxury real estate deals in Los Angeles have shone a harsh light on the wealth gap in a region where tens of thousands of people live on the streets while mansions the size of football fields sell for more than $100m.

United States (U.S.) activist and member of the humanitarian group "No More Deaths", Scott Warren will be retried after a jury was unable to agree on a verdict for charges for helping migrants at the border with Mexico, U.S. prosecutors said Tuesday.

4) MEDIA FRAME: A ‘WAR ON COPS’ NARRATIVE WITHOUT EVIDENCE

An ABC News report last week on a “multi-year” trend of violence targeting the police highlights how easily the “war on cops” narrative sneaks into mainstream media with thin sourcing and little fact-checking. 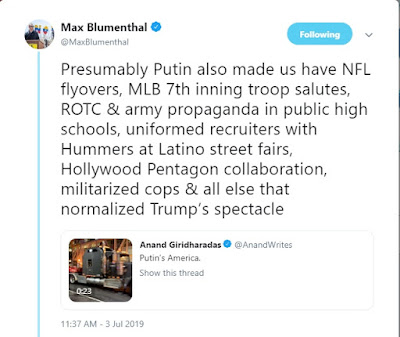 It was a stressful, painful and humiliating experience for the mostly African immigrants who came to support Saron Gebresellassi and participate in the Canadian political process for the first time.

6) The NDP should allow Rana Zaman to run

Just 4 months before the 2019 federal election, the NDP is has effectively blocked two women of colour from running under its banner.

Teachers and students are renewing round of protests across the country in favor of public healthcare and education services on Thursday and Friday amid police violence and repression, reported local media.

Brazil’s Bar Association, journalists and opposition lawmakers have reacted with outrage to reports that the country’s federal police plan to investigate the bank accounts of an American journalist who published leaked conversations between prosecutors and the graft-busting judge who is now Jair Bolsonaro’s justice minister.

The man responsible for conducting Philippines President Rodrigo Duterte’s brutal war on drugs has defended the killing of a three-year-old girl during a drugs raid by saying “shit happens.”

10) In Rural Areas, Homeless People Are Harder To Find — And To Help

"A lot of people in the world don't realize it, but they are one paycheck away from being out here with us" 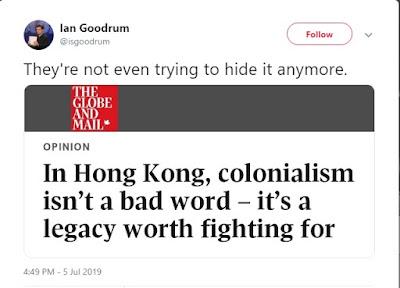 Thursday's interception and seizure of the Iranian oil tanker, Grace 1, by the UK Royal Marines constitutes a "reckless" provocation at a time of escalating tensions in the middle East and looks like an act of "typical UK imperialist arrogance," Robert Griffiths, the general-secretary of the UK Communist Party, told Sputnik on Friday.

The acting Spanish Socialist Party (PSOE) government of Prime Minister Pedro Sánchez is threatening the migrant rescue charity boat Proactiva Open Arms with huge fines if it continues rescuing migrants. It is part of the mounting assault on migrants throughout the world by capitalist governments, which, facing mounting domestic political opposition, are promoting nationalism and xenophobia.

15) Syriza betrayed its principles – and the Greek people. Its days are numbered

Alexis Tsipras’s party promised to fight EU-imposed austerity, but instead embraced it. Sunday’s polls will punish them.

"It's basically kind of a show trial to try and intimidate critics and people concerned about climate change into silence."

18) The living hell of young girls enslaved in Bangladesh's brothels

Sold by traffickers, trapped for years and raped many times a day … this is the life of tens of thousands of underage girls in Bangladesh. We hear their stories.

While militia leader Larry Hopkins remained free to terrorize immigrants, Christopher Daniels was jailed for months, losing his home and his job.

21) Palestinian Authority thought compliance would lead to independence, but it only strengthened Israel’s domination

The following is an excerpt from Noura Erakat’s new book Justice For Some: Law and the Question of Palestine. In in Erakat outlines how the Palestinian Authority’s “illusory quest” for statehood “has shaped the Palestinian leadership’s commitment to U.S. tutelage and its reticence to embark on a bolder course based on a politics of resistance.”

Israel’s ludicrous attempt to create islands of morality and equality in a sea of racism and violence has once again blown up in its face.

24) Sports-washing and the Toronto Raptors

If you’re a basketball fan, and also a supporter of justice for Palestine, then you have probably heard about the controversy surrounding the offer of a proposed trip to Israel for the new NBA champs the Toronto Raptors, from one of their co-owners Larry Tanenbaum.

Canada has announced that it will formally adopt a definition of anti-Semitism that could characterize Palestinian rights campaigning as anti-Jewish bigotry.

REP. ALEXANDRIA OCASIO-CORTEZ resisted the efforts of Customs and Border Protection officials to prevent her from speaking directly to migrants detained in El Paso, Texas, on Monday, forcing her way into a cell filled with women during a congressional delegation visit.

27) Border Patrol Agents Have a Secret Facebook Group, Where Racism and Sexism Prevail

Current and former Border Patrol agents, who are responsible in part for detaining people who enter the US illegally, have displayed shocking callousness toward immigrants and women in a secret Facebook page with roughly 9,500 members.

Government investigators have identified poor conditions in another sector of the southern border, publishing graphic photos showing extreme overcrowding in Rio Grande Valley migrant facilities and finding that children there did not have access to showers and had to sleep on concrete floors. 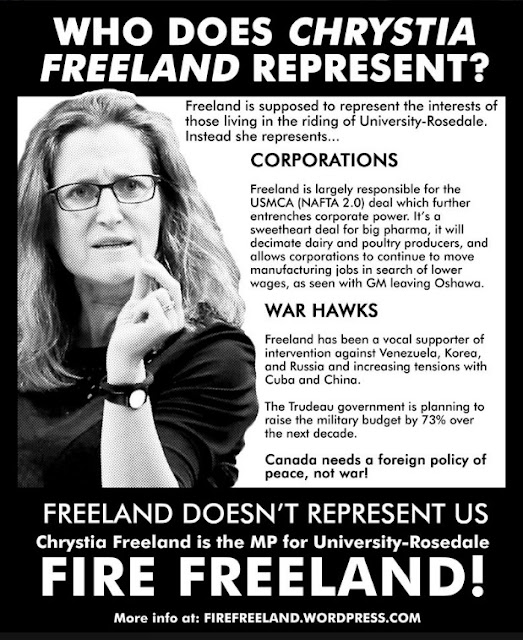 The Venezuelan president said that his government is keeping open all doors for political dialogue with the opposition and said that next week there will be good news.

31) Why the US Puppet President of Venezuela is Toast

Even the corporate media are losing enthusiasm for the US government’s ploy to replace the democratically elected President Nicolás Maduro of Venezuela with the US-anointed security asset Juan Guaidó. Reuters reports in a July 1 article, “Disappointed Venezuelans lose patience with Guaidó as Maduro hangs on,” that the US-backed “military uprising” has “unraveled.” A critical reading of the article explains why.

Former consultant for the Office of the High Commissioner for Human Rights, the one Bachelet now leads, says her report is 'unfortunately unbalanced', calls for lifting sanctions.

As part of his official visit to the island, Angolan President João Manuel Gonçalves Lourenço met with Cuban combatants who fought in his country’s independence struggle, recalling those times.

Alaska’s temperatures soared to new highs on the Fourth of July as the state bisected by the Arctic Circle endures a heatwave that has shattered records in some cities.

35) India staring at a water apocalypse

A combination of climate change, bad policies and political apathy is steadily pushing India into a catastrophic water crisis that threatens stability in South Asia.

Amazon deforestation accelerated more than 60% in June over the same period last year, in what environmentalists say is a sign that the policies of President Jair Bolsonaro are starting to take effect.

37) Welcome to the fastest-heating place on Earth

In the world’s northernmost town, temperatures have risen by 4C, devastating homes, wildlife and even the cemetery. Will the rest of the planet heed its warning?

Last month was the hottest June ever recorded, the EU‘s satellite agency has announced.