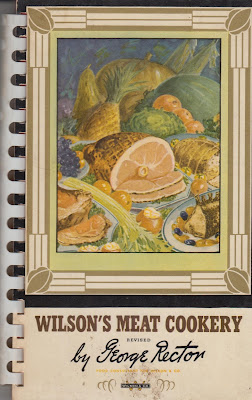 Published in 1941 Wilson's Meat Cookery was meant to promote the extensive line of meat and butter products of Wilson & Co. Unusually for this type of cookbook they did not put branded product names in the recipes themselves though they did have a full colour advertising spread in the middle.

We have included a couple of these ads as they are somewhat humorous now, especially the one for their alternative to Spam -- which they called MOR -- as well as for their "Gelafinish Boneless Ham", both of which they promoted as a great sign of progress in American cuisine.

For the most part, though, the recipes are fairly classic and are divided into standard sections like Poultry, Meat, Egg dishes, etc. As is generally the case with older meat cookbooks they have recipes for things that are used less today such as pig's feet and tripe. There is a recipe for Spaghetti Milanaise that uses tongue in place of bacon and I have, of course, included this.

There is a solid recipe for ox-tail, which followers of this blog would know is one of my favourite ingredients.

I have also included some of the campy illustrations and the photos of the "Wilson Kitchen and Dining Room" where the company chef and the book's author apparently whipped up his special creations. 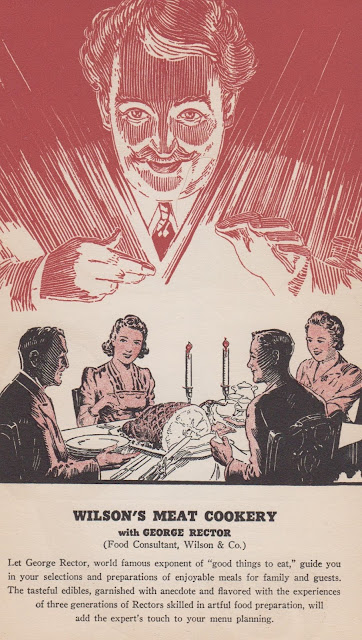 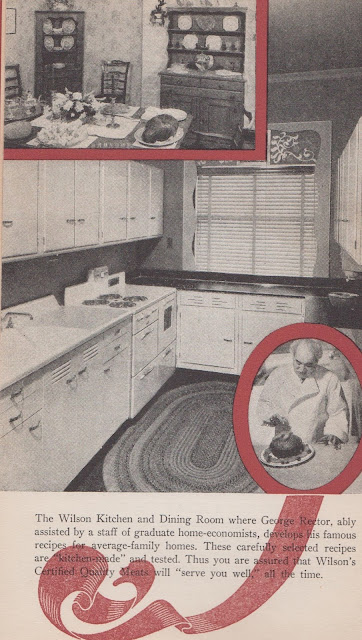 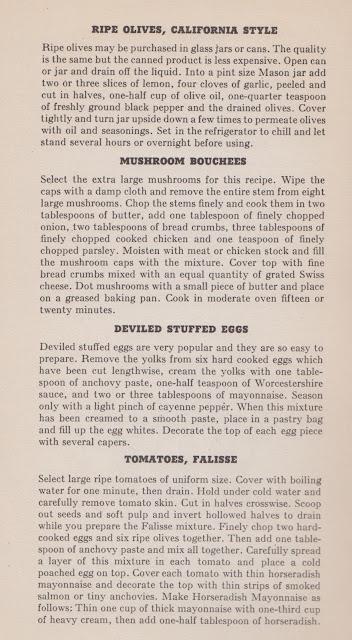 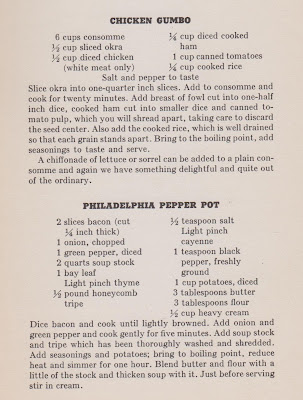 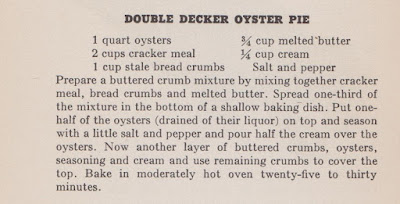 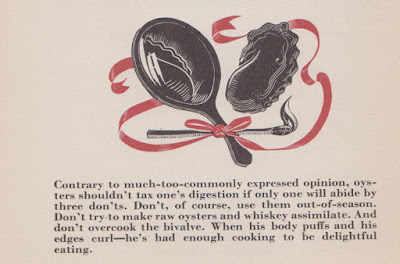 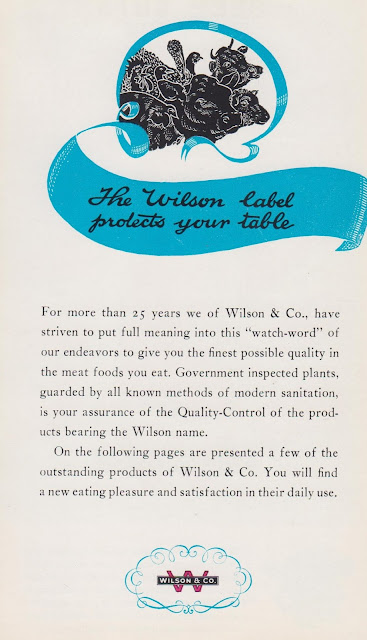 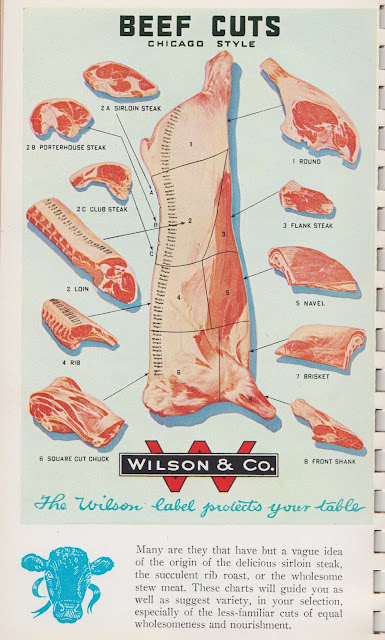 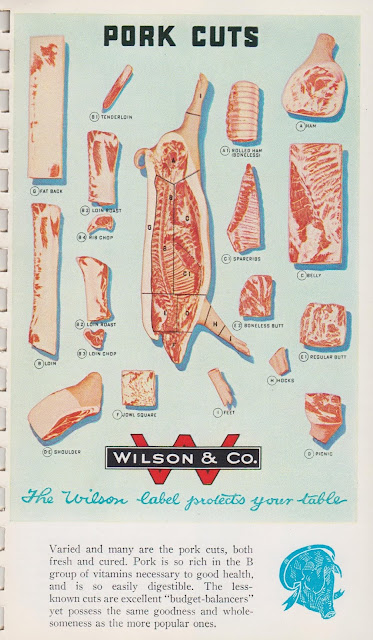 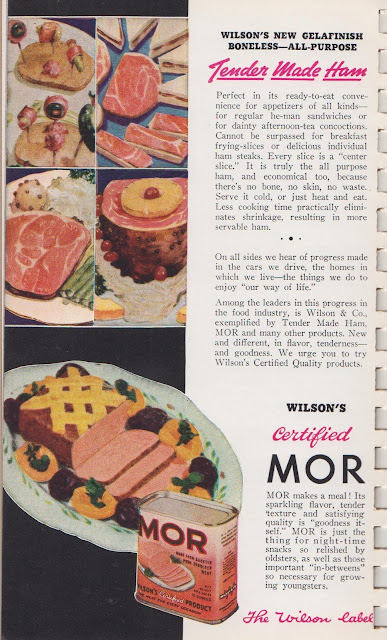 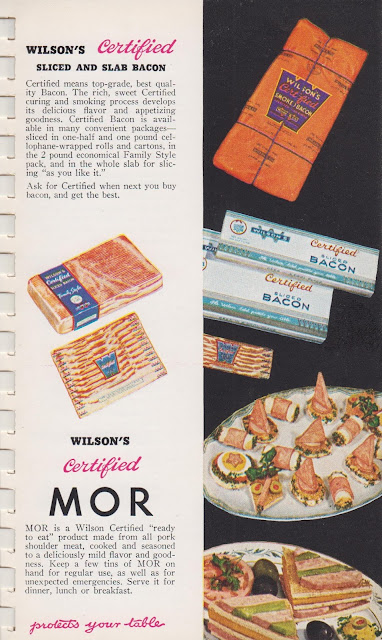 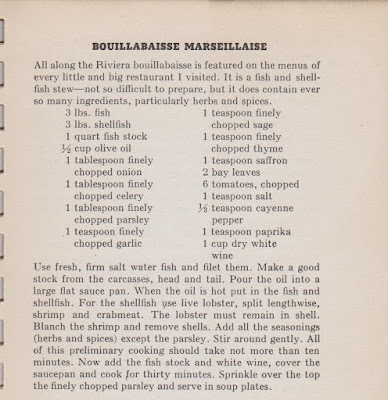 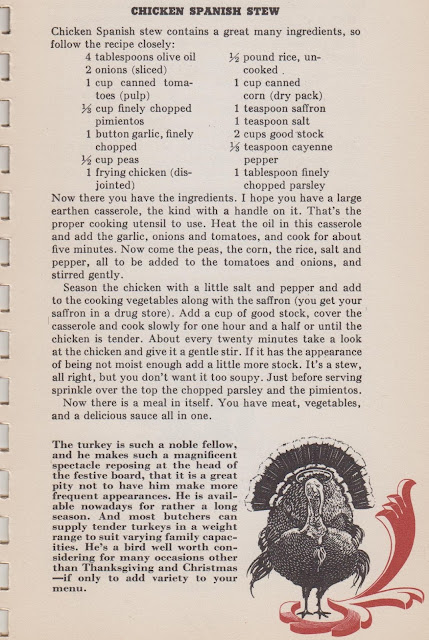 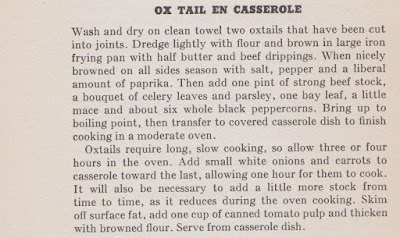 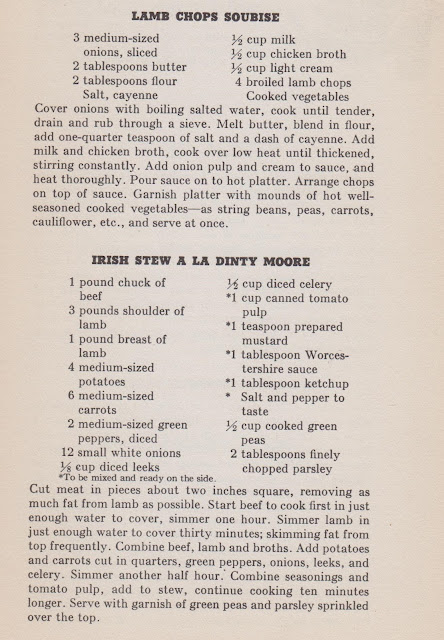 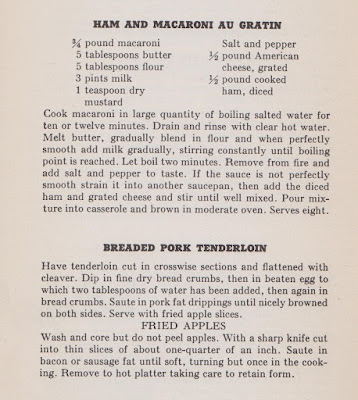 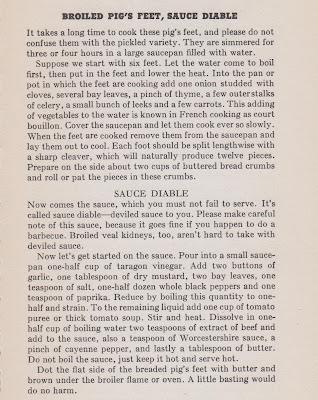 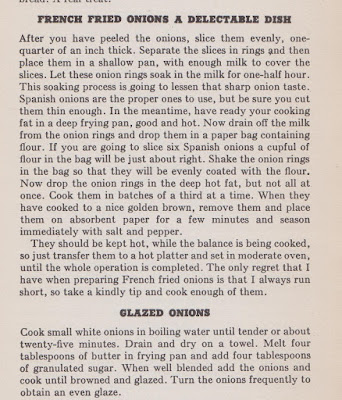 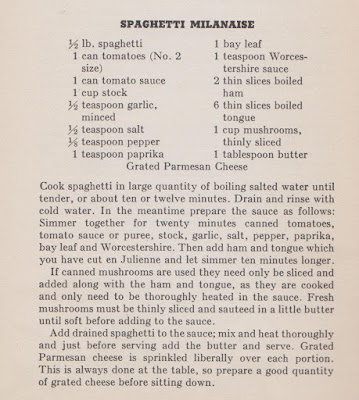 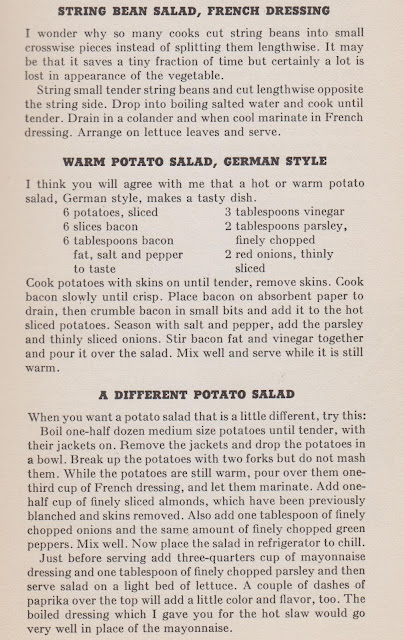