On Latin America's Unpayable Debt, its Unforeseeable Consequences and Other Topics of Political and Historical Interest: An Interview with Fidel Castro, 1985 Part I 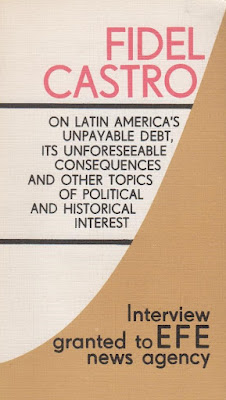 On Latin America's Unpayable Debt, its Unforeseeable Consequences and Other Topics of Political and Historical Interest: An Interview with Fidel Castro, 1985

This fascinating document is the full text of a wide-ranging interview that Fidel Castro granted to two Spanish journalists from the EFE news agency in 1985. Due to its length we are splitting it into two posts of which this is the first.

It touches on issues like Cuba's relations with the newly elected Spanish socialist government, that government's decision to remain in NATO, the Basque ETA activists in Cuba, the case of Eloy Gutiérrez Menoyo and the situations in Nicaragua and El Salvador at the time. Notable are how similar the tactics being used by the Americans to bring down the Sandinistas then are to tactics of economic warfare and refusing to accept election results being used against Venezuela now.

Some quotes of interest from part one:

The European countries speak of competition and free trade, but they do things that have nothing to do with either free trade or competition. Of course, on the other hand, they also want the Third World countries to do away with tariff barriers and open their markets wide.


It has been shown that there is no technology capable of smashing movements of popular resistance, of people motivated by patriotic and revolutionary ideas. 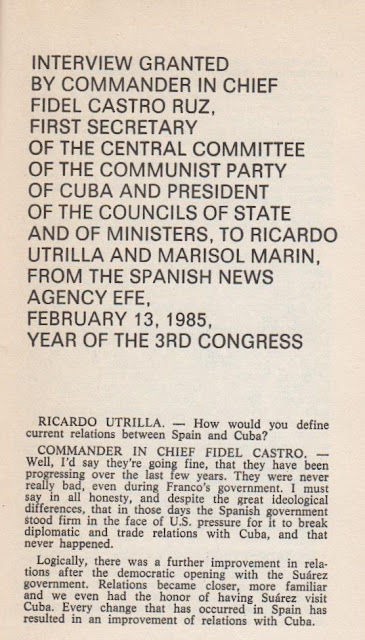 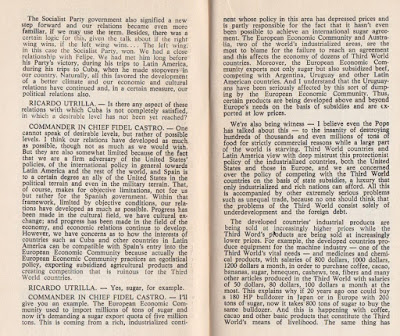 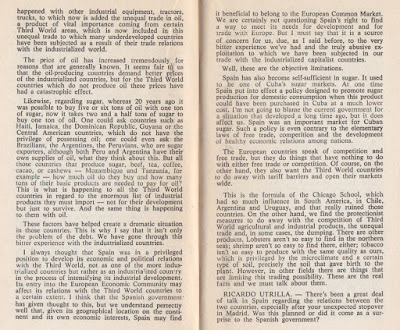 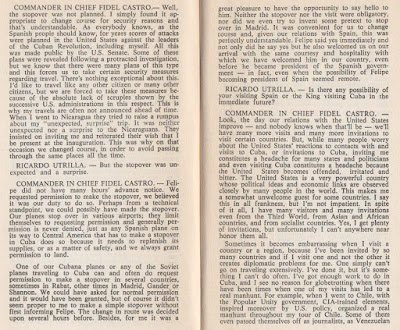 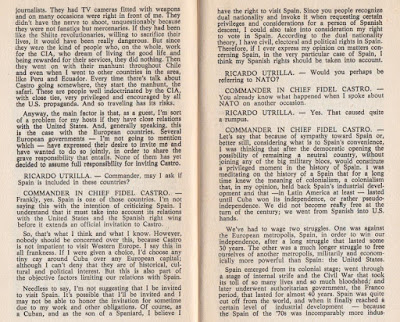 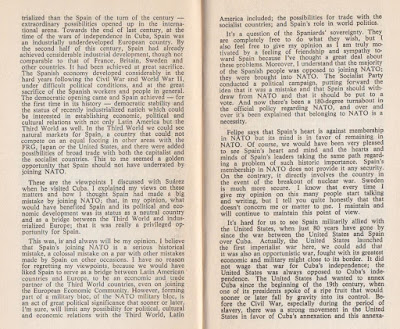 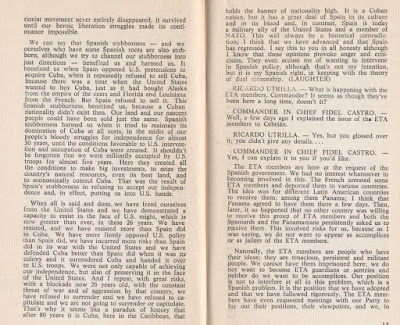 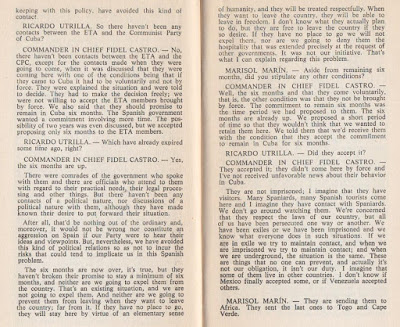 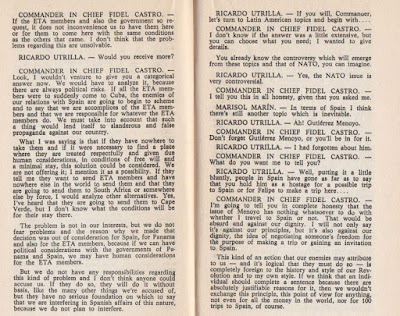 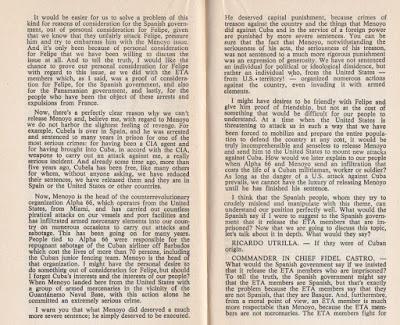 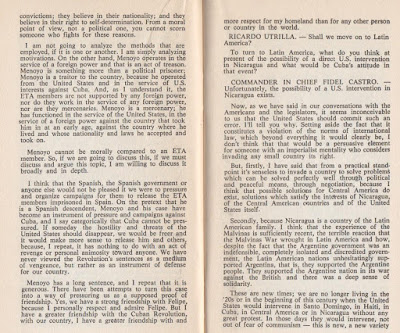 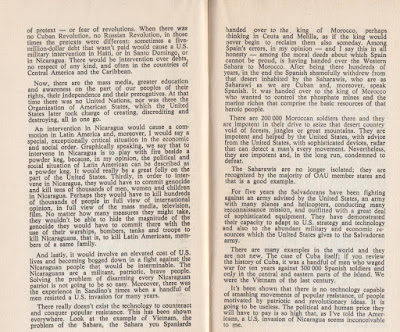 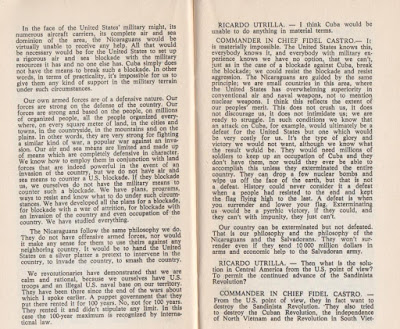 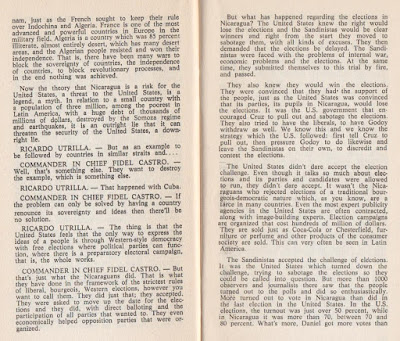 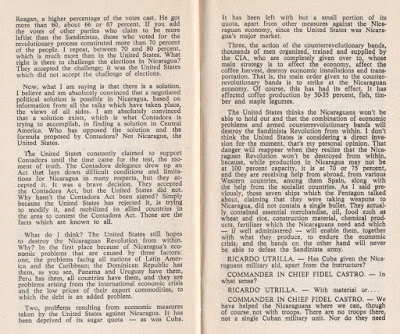 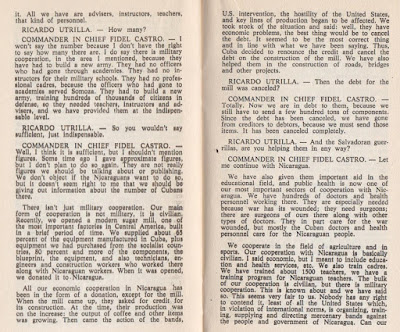 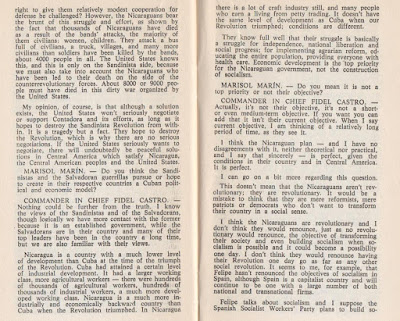 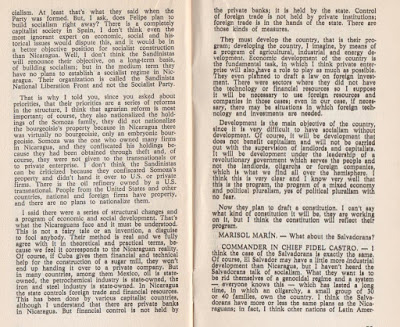 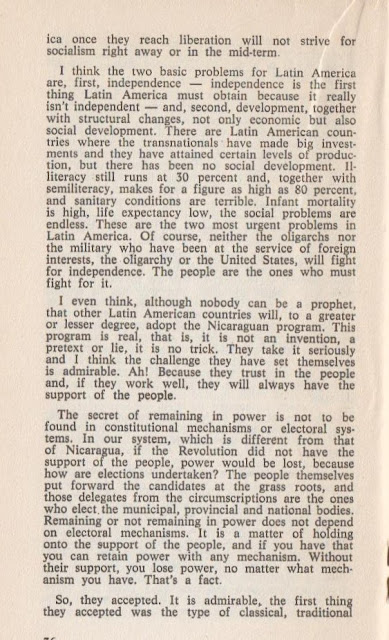 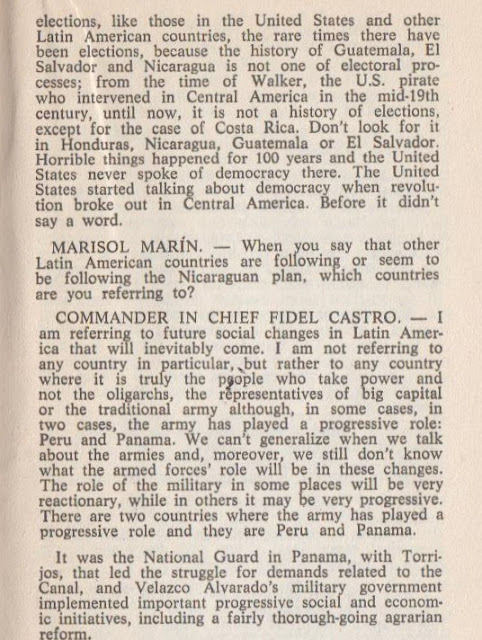