Last week we looked at another of those pocket sized cookbooks so common in the 60s and 70s when we checked out Great Meatless Meals w. Mediterranean Lemon Soup, Potato Kugel, Savory Onion Quiche & more from 1974. Today we are going to look at a pocket-sized one that focuses on Spanish cuisine.

1973's Spanish Cooking at Home and on Holiday is a terrific regional cuisine cookbook that opens with a quick introduction to the basics of Spanish cooking and ends with sections about ingredients, wines and what types of cooking vessels to look out for. Given that this was written almost 50 years ago some of the advice and tips for shopping, etc., is obviously dated though it still makes for interesting reading.

The bulk of the book is made up of recipes, of course, divided into ten sections along the lines of soups, meat, poultry, rice, fish dishes and so on. There are lots of different ingredients (such as rabbit, veal liver, kidneys, tripe, etc.) and techniques as well as recipes from different regions within Spain itself.

The recipes vary greatly in terms of difficulty and complexity but there are many really good ones. In fact in future we will be making our versions of some dishes not featured today.

Here we are looking at one recipe from each section with classics like paella and calamari. There is a recipe for "casseroled" lamb chops that is quite similar to one we made in the past, Clay Baked Lamb Shoulder Chops with Potato and Onion. We have also included a recipe for Crisp Fried Brains just because. 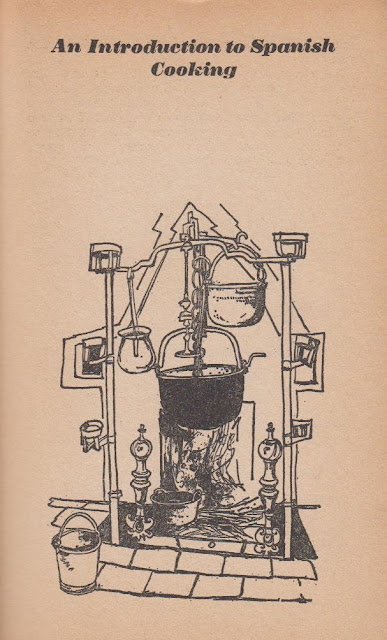 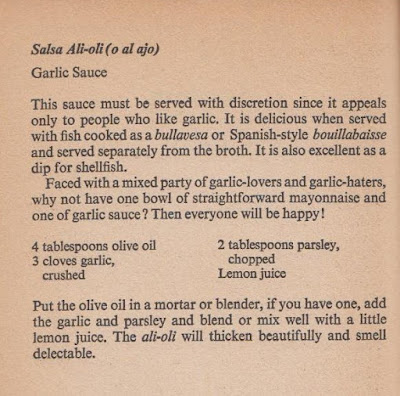 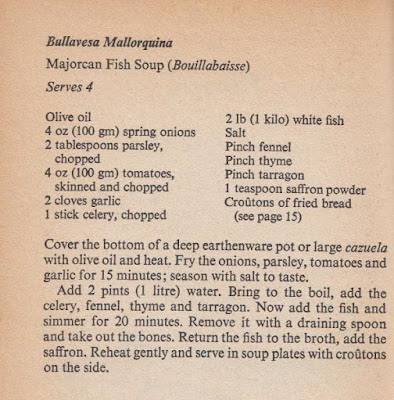 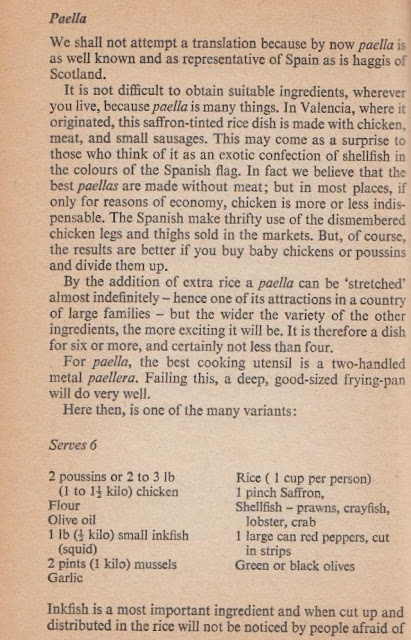 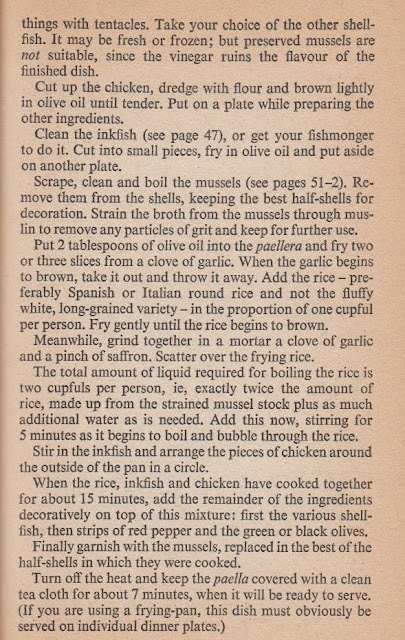 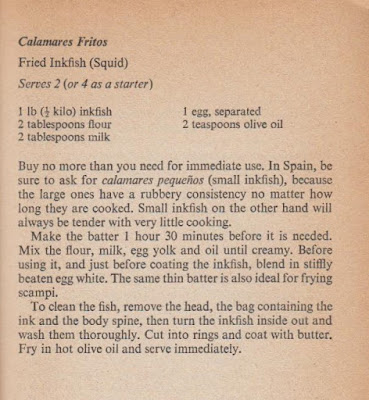 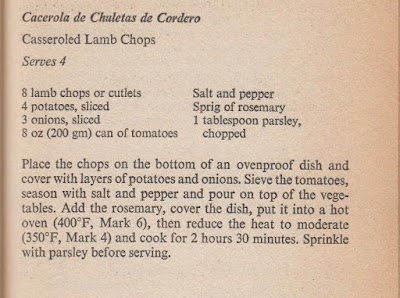 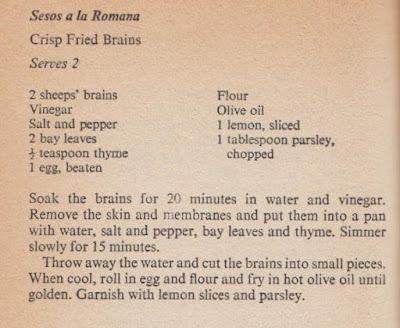 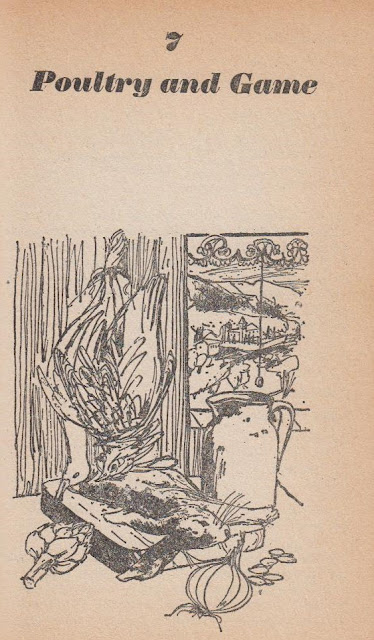 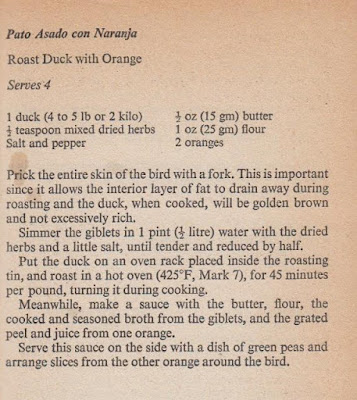 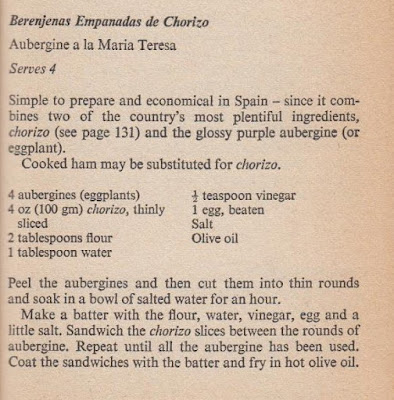 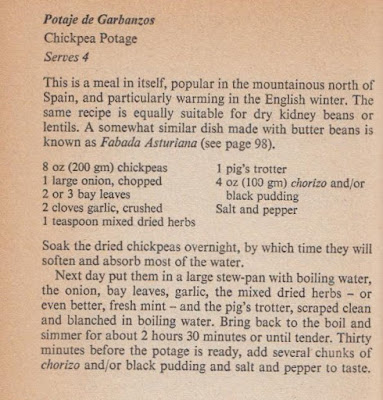 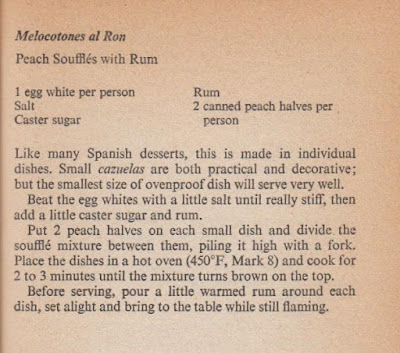