On Latin America's Unpayable Debt, its Unforeseeable Consequences and Other Topics of Political and Historical Interest: An Interview with Fidel Castro, 1985 Part II

On Latin America's Unpayable Debt, its Unforeseeable Consequences and Other Topics of Political and Historical Interest: An Interview with Fidel Castro, 1985

This fascinating document is the full text of a wide-ranging interview that Fidel Castro granted to two Spanish journalists from the EFE news agency in 1985. Due to its length we are splitting it into two posts of which this is the second.

The first part can be found here.

The second part touches on issues like Latin American debt, the case of Armando Valladares and other alleged "political prisoners",  American interference in Nicaragua and El Salvador at the time, Castro's views on how the revolution would continue after him and the support of the Soviet Union and socialist bloc for Cuba.

One notable quote, especially now, is:


Our revolutionary movement is not linked to a single person, it is linked to the people, to the masses, to awareness and institutions. This movement continues and will do so indefinitely. I am calm and confident that it will not die with me. 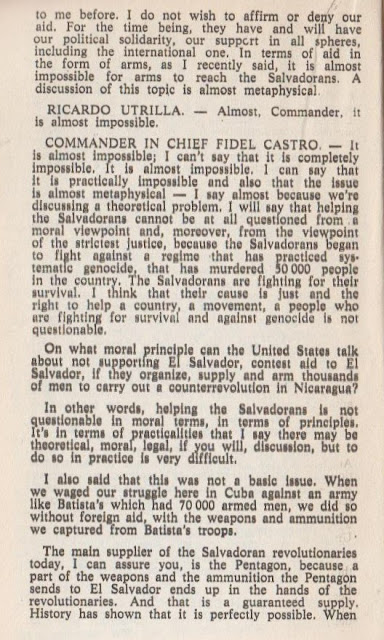 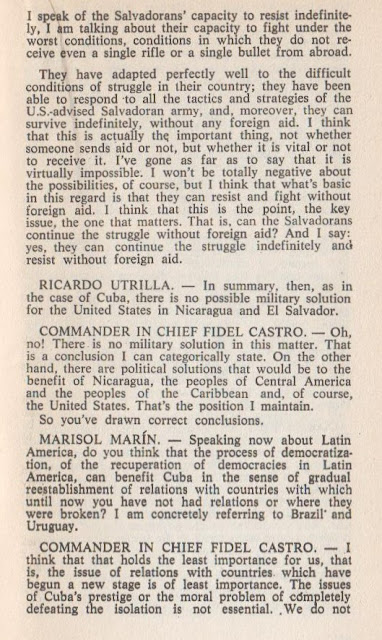 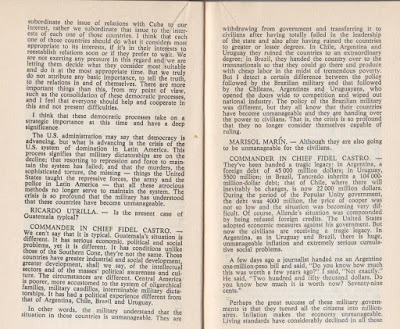 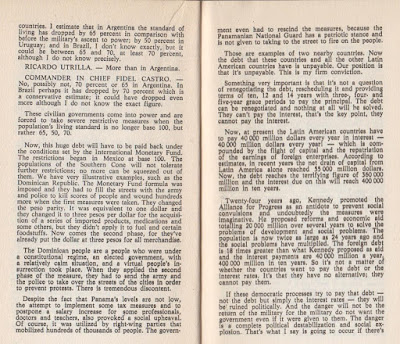 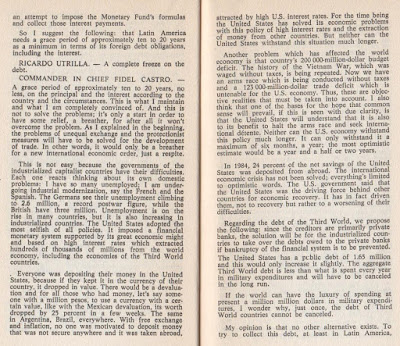 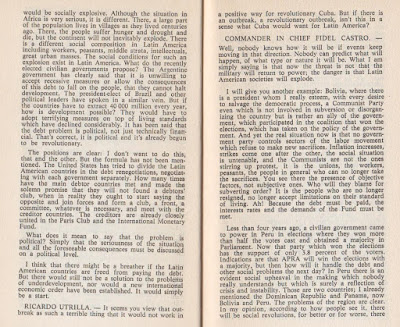 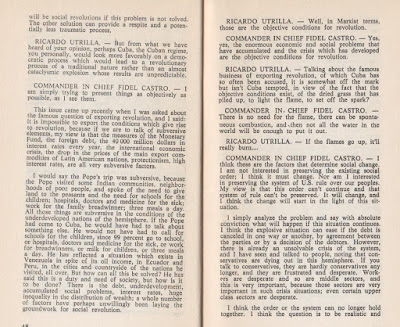 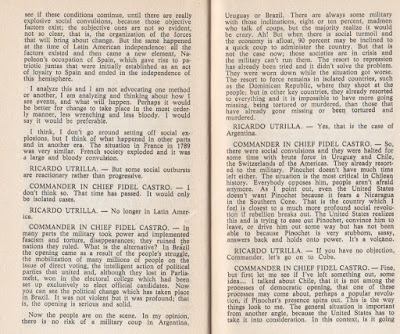 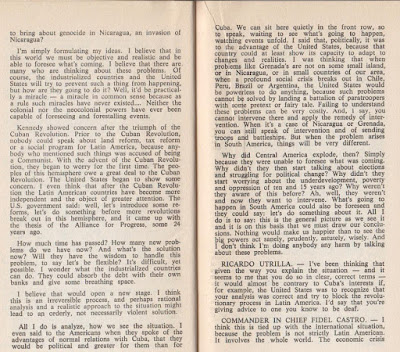 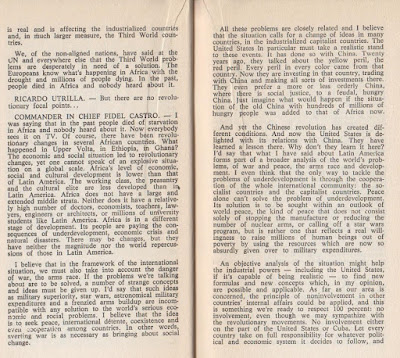 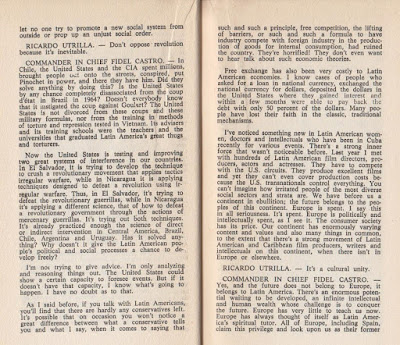 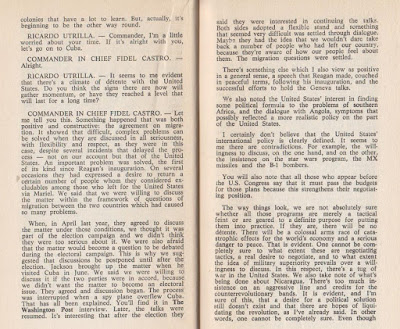 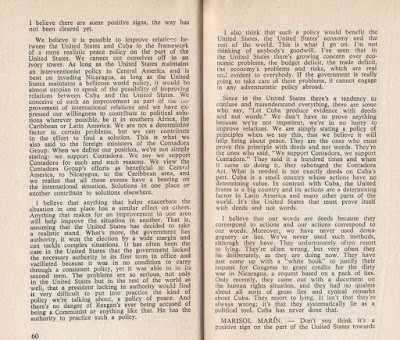 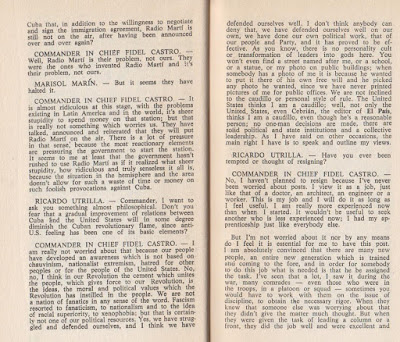 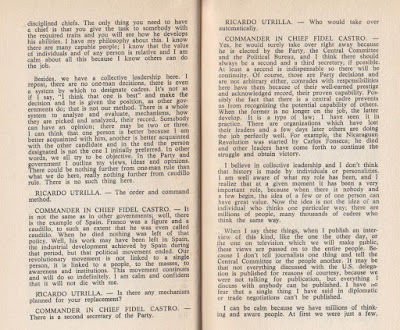 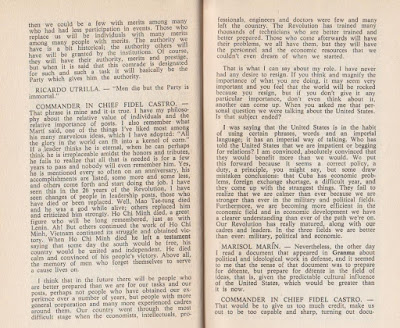 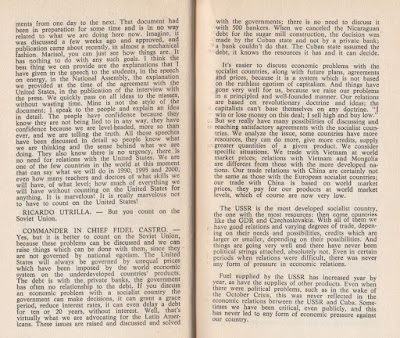 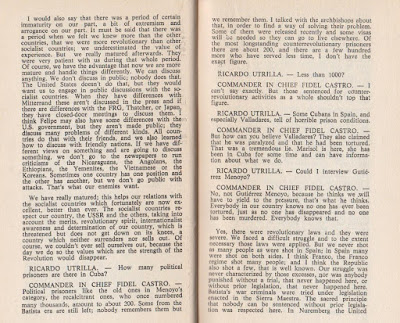 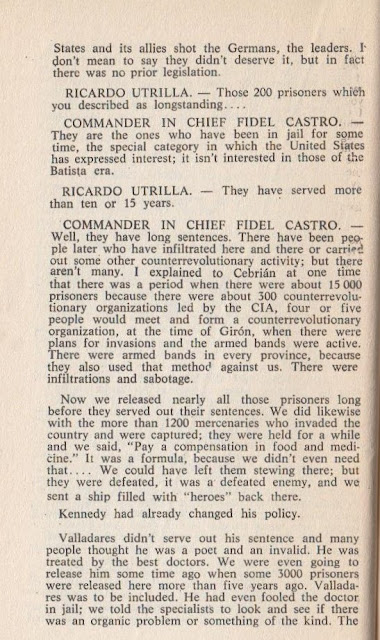 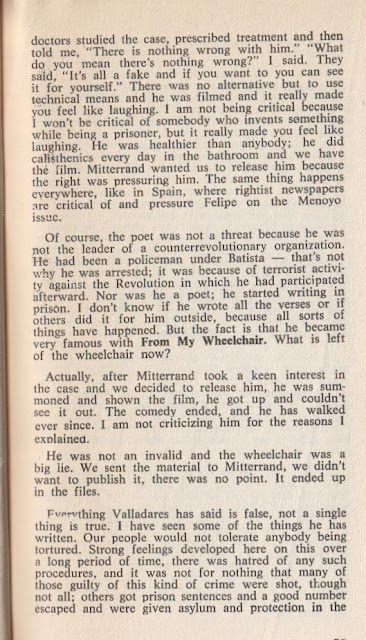 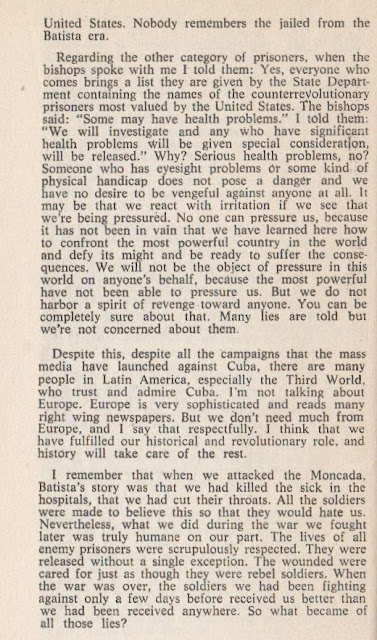 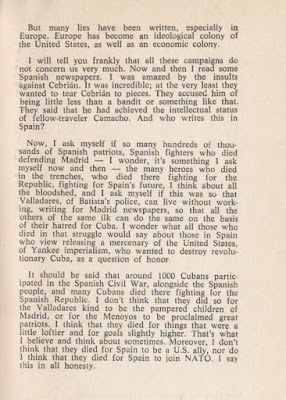 If you have any public, vintage leaflets or booklets you would like to contribute to this project please contact us via theleftchapter@outlook.com
Posted by Michael Laxer at 12:15 PM