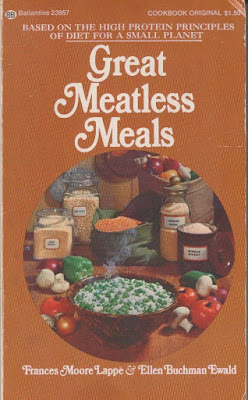 Great Meatless Meals was part of a trend of pocketbook cookbooks that were most popular in the 1960s and 1970s. We have looked at a number of examples such as The Pauper's Cookbook: A Cookbook for the People from the 1970's U.K.. In this case it took vegetarian recipes that were from another cookbook, Diet for a Small Planet, and it organizes them into thirty menus consisting of an appetizer, main course and dessert.

This clever format is accompanied by some illustrations as well as the approximate "usable protein" of each serving.

There are a great many interesting and innovative meatless meals to be found. Unsurprisingly there are a fair number of soups and salads, but also curries, quiches, wraps and more.  Here we have chosen four different menus with their recipes. 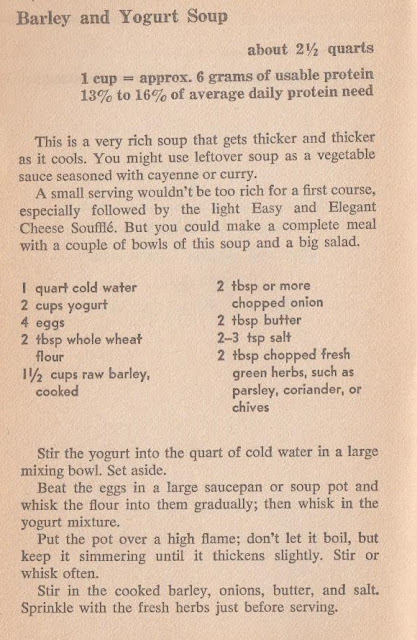 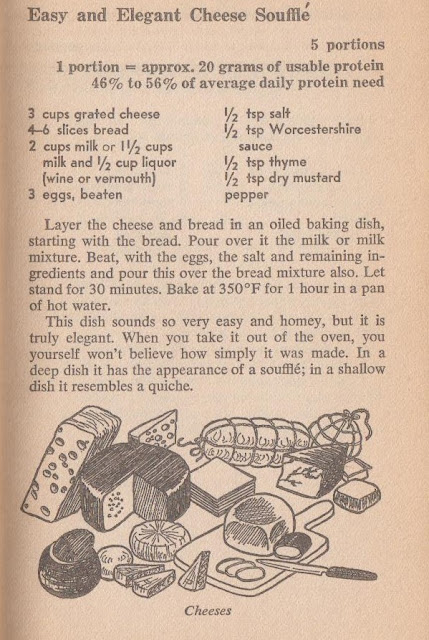 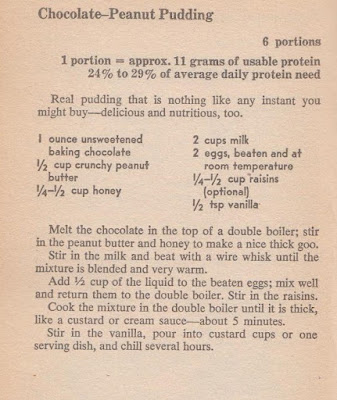 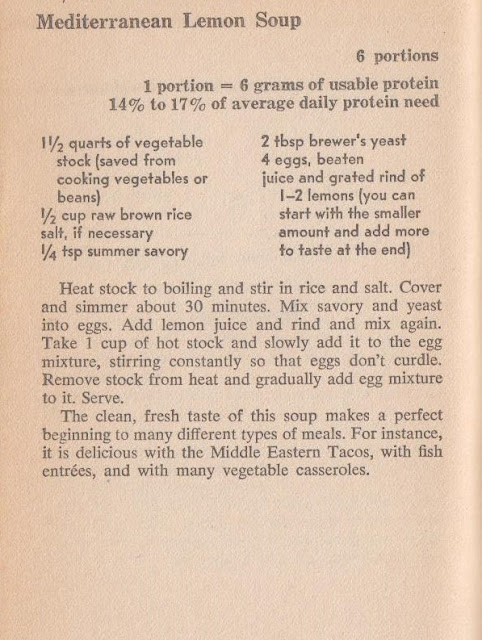 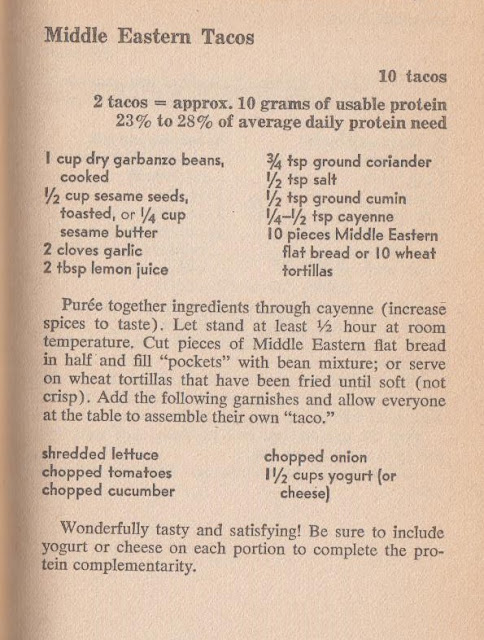 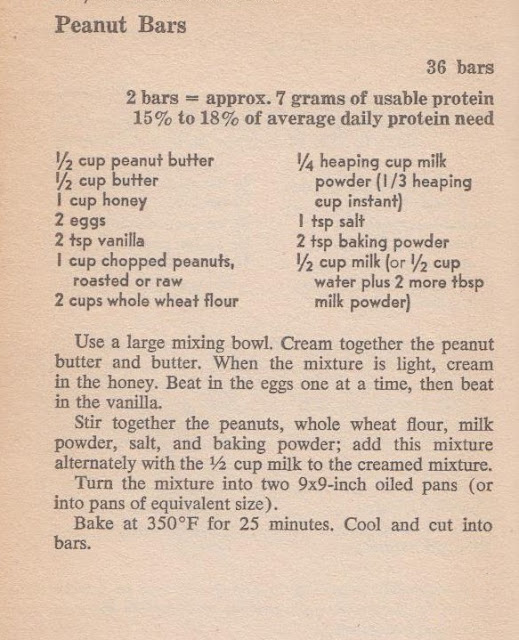 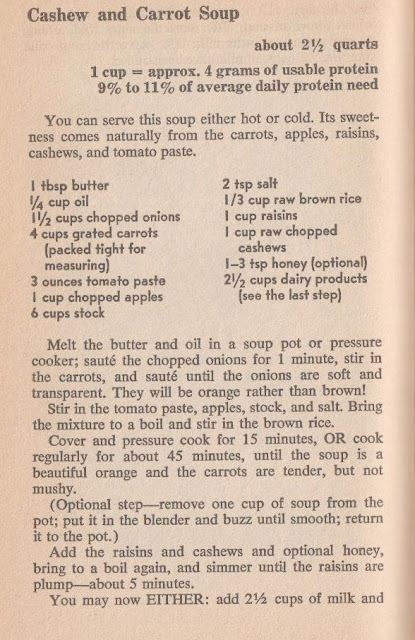 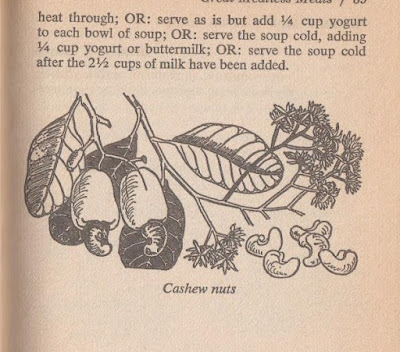 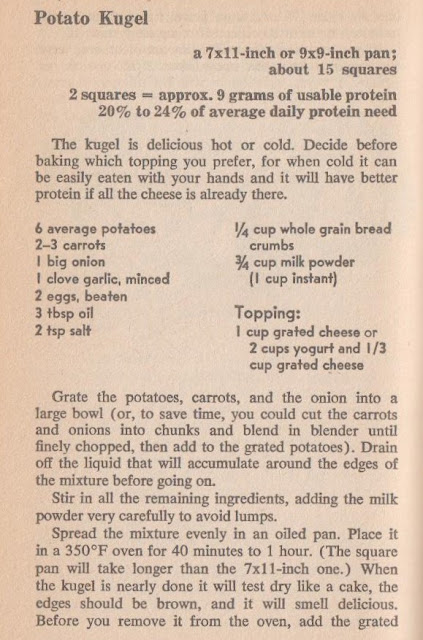 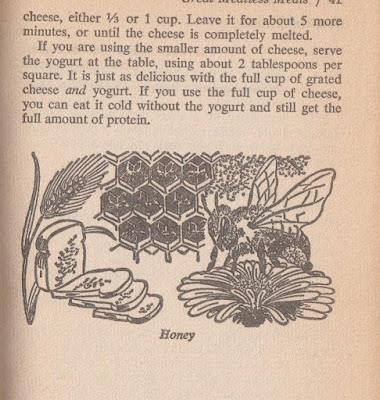 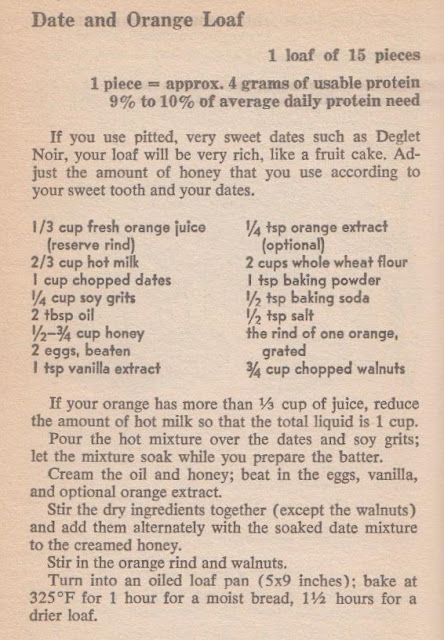 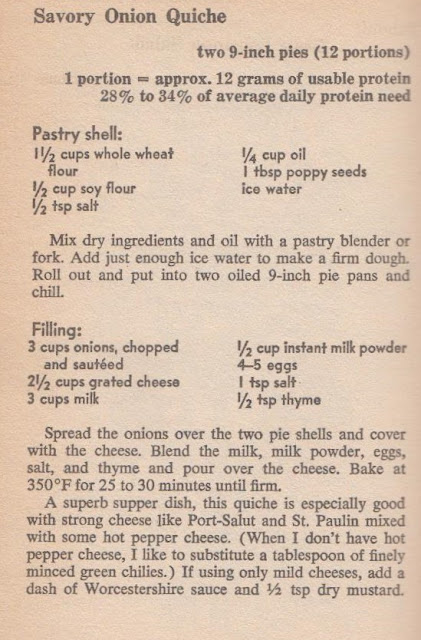 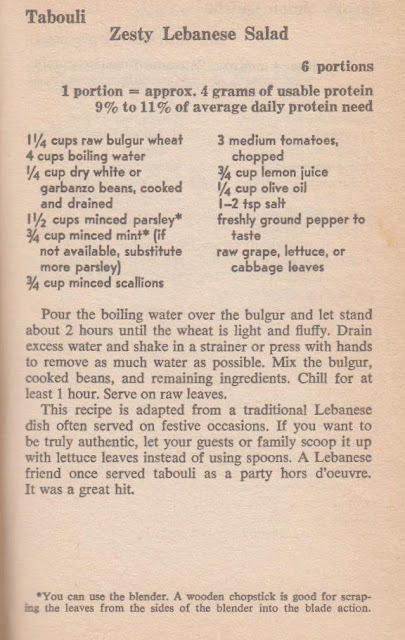 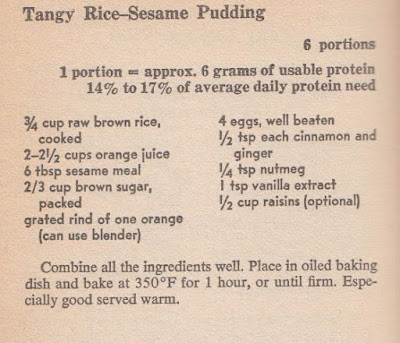 Posted by Michael Laxer at 2:11 PM