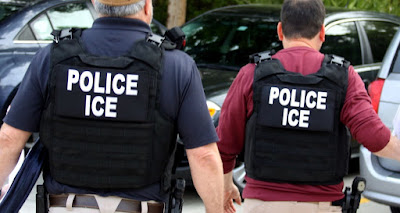 BOB GELDOF used a tax haven to make money from business deals across Africa, according to leaked documents.

Vast swathes of the Arctic are suffering from "unprecedented" wildfires, new satellite images have revealed.

3) The House Voted To Condemn The Boycott Israel Movement Over Protests From Reps. Ilhan Omar And Rashida Tlaib

The House voted overwhelmingly Tuesday night to formally oppose the Palestinian-backed movement to boycott Israel, over the objections of Reps. Ilhan Omar and Rashida Tlaib.

4) “NATO get out from the Balkans, the Balkans belong to the people!”

Interview with Aleksandar Ðenić, first secretary of the League of Yugoslav Communist Youth (SKOJ), the youth wing of the New Communist Party of Yugoslavia (NKPJ).

5) NAVIGATING A SEA OF SANCTIONS

In April a Japanese newspaper revealed a policy document purportedly detailing the Democratic People’s Republic of Korea’s economic strategy for the 2016-2020 period.

6) The red locomotive in Brussels? Interview with the Workers’ Party of Belgium MEP

On May 27, Europe woke up to what seemed like a new stage in the resurgence of the far-right and reactionary forces and a major retreat for the left in the elections to the European parliament.

Every August, commemorations of the nuclear bombings of Hiroshima and Nagasaki are an important reminder of the dangers of nuclear weapons and the importance of ongoing disarmament efforts. People in Canada generally don’t think of this as a nuclear weapons country – the deployment of nuclear-tipped Bomarc missiles in Canada was ended in 1972, and the nuclear-armed CF-101 fighter jet was replaced by the non-nuclear CF-18 in 1984. More often than not, people here consider nuclear disarmament “an American issue.”

8) A Survivor's Granddaughter Reflects On Tulsa Race Massacre: 'It Was A Horrendous Situation'

Last month before a House subcommittee, writer Ta-Nehisi Coates referred to something called “Black Wall Street” in making his case for slavery reparations.

9) GREEK ELECTIONS AN OMEN FOR CANADA?

Immediately after Greece’s general election, KKE General Secretary Dimitris Koutsoumbas said that “the right-wing and conservative policies of the SYRIZA government paved the way to New Democracy … it purified and resurrected them.” Describing the SYRIZA leadership as “sellouts to Trump and the EU Commission,” Koutsoumbas explained that the Tsipras party’s cynical use of socialist slogans had resulted in a demoralized and demobilized left in the labour and people’s movements. This opened the door for New Democracy to return to power. 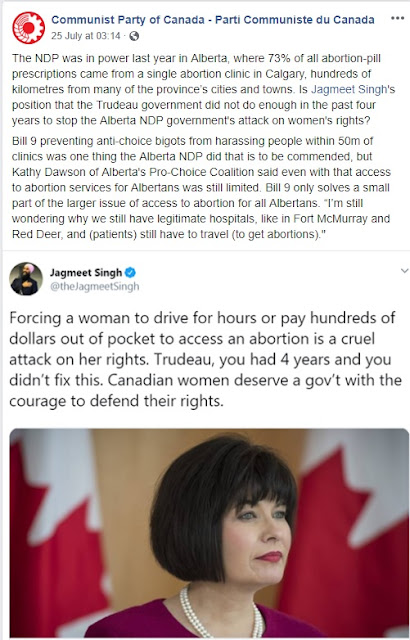 Roughly 9 million children — nearly 1 in 5 public school students in the U.S. — attend schools that are racially isolated and receive far less money than schools just a few miles away. That's according to a sweeping new review of the nation's most divisive school district borders from EdBuild, a nonprofit that investigates school funding inequities.

11) Food Stamp Cuts To Hurt Poor, According to Trump Gvt's Own Study

A Trump administration proposal to reduce eligibility for food stamps could undercut access to basic nutrition for millions of Americans and hurt some low-cost retailers, according to an analysis conducted by the U.S. Department of Agriculture (USDA), which runs the program. 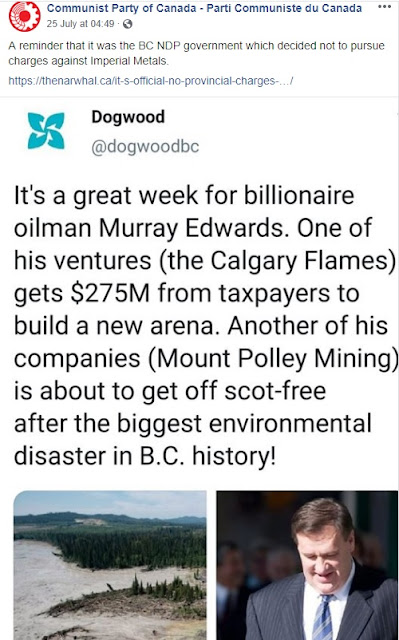 Puerto Rico's Governor Ricardo Rossello announced Wednesday at midnight his resignation effective Friday, August 2, 2019 at 5:00 pm local time, and will be replaced by the secretary of Justice, Wanda Vazquez.

Puerto Ricans continue to protest as the role of governor passes from Ricardo Rossello to Secretary of Justice Wanda Vazquez who was already being investigated for corruption linked to Hurricane Maria aid provisions.

In addition to 138 FARC members, more than 500 social activists have been killed since the peace agreement was signed in November 2016.

A white man accosted an Arabic-speaking woman and her two-year-old daughter earlier this week, uttering racial slurs and sexually violent threats in broad daylight on a Montreal street.

Nancy Pelosi is facing a primary challenge from a civil rights lawyer who supports the Green New Deal and Medicare for All. Knocking her off would be a resounding win for the Left.

US President Donald Trump was hit with new accusations of racism on Saturday after he attacked a prominent African American congressman and branded the majority-black city of Baltimore an "infested mess". 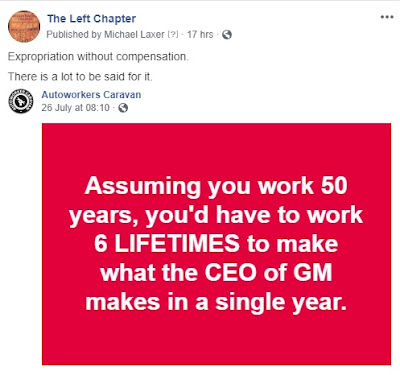 18) Statement from our union at the Toronto public transit system

TTC electrical workers call for FREE PUBLIC TRANSIT and a campaign of mass strikes and protests to BRING DOWN DOUG FORD.

19) OHIO REPUBLICANS BALKED AT A NUCLEAR BAILOUT, SO THE INDUSTRY ELECTED NEW REPUBLICANS — AND WALKED AWAY WITH $1.1 BILLION

ON TUESDAY, a dark-money effort linked primarily to the Ohio nuclear industry delivered an audacious payoff, as a newly elected state legislature overcame years of opposition to shower a $1.1 billion bailout on two state nuclear plants.

Among his sins, now rising up to haunt him before they even settle into the loam, Doug Ford has decreed that beginning in fall 2020, Ontario high school students will need to take four online courses to graduate.

Critics are slamming Premier Doug Ford's transit plan, after reports that his government's new vision for a downtown relief line could be significantly different from the line the city already approved.

(Related: Of course Ford has not revealed plans for the TTC "Ontario Line". It will never be built.)

22) 18-Year-Old U.S. Citizen Held in Immigration Detention for a Month Has Finally Been Released

The young, Texas-born U.S. citizen wrongly held in migrant detention for nearly a month was finally released on Tuesday.

Kansas City officials and activist groups are blasting the Trump administration and the local police department over the brutal arrest of a local dad who got pulled over by ICE.

The chief of United States Border Patrol admitted to members of Congress she was a member of a secret Facebook group filled with racist and sexist posts, but claimed she was not aware of the troubling content until the group was revealed by reporters.

26) AS IMMIGRANTS BECOME MORE AWARE OF THEIR RIGHTS, ICE STEPS UP RUSES AND SURVEILLANCE

AMID THE TRUMP administration’s threats to accelerate deportations, agents with U.S. Immigration and Customs Enforcement have increasingly been using deception and surveillance to make targeted arrests, according to immigrant rights groups across the country.

The New York Times had to report Israel’s shocking demolition yesterday of Palestinian apartment blocks in Jerusalem; the story was too big to ignore. But the paper’s Isabel Kershner cleverly tried to present Israel’s brutal action in the best possible way, while muffling the voices of the victims.

When previously unknown Venezuelan opposition politician Juan Guaidó stood up in an East Caracas plaza and declared himself “interim president” of the South American country, Western corporate media were ebullient.

Embracing “Peace, Sovereignty and Prosperity of the Peoples” as a common goal, over 120 Latin American social and political organizations began Thursday the 25th Meeting of the Sao Paulo Forum (SPF) in Caracas, Venezuela.

Venezuela’s Supreme Court of Justice (TSJ) has nullified the National Assembly’s attempt to reinstate the nation in the Inter-American Treaty of Reciprocal Assistance (TIAR), calling the move "an assault on the rule of law and the power of the Venezuelan people."

Cuba has more than 100,000 doctors, the highest number in the history of the country with a proportion of nine doctors per 1,000 citizens.

Dozens of gold miners have invaded a remote indigenous reserve in the Brazilian Amazon where a local leader was stabbed to death and have taken over a village after the community fled in fear, local politicians and indigenous leaders said. The authorities said police were on their way to investigate.