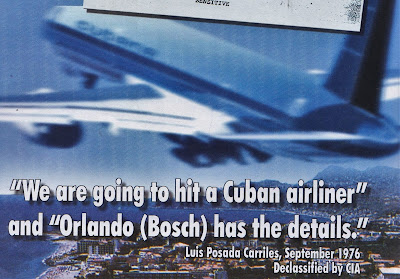 On October 6, 1976, American and CIA backed and trained anti-Communist terrorists brought down Cubana de Aviación Flight 455 with two bombs shortly after it left Barbados headed for Jamaica. 73 people were murdered.

Many of the victims were young adults as they included the entire 24 members of the Cuban national fencing team which had just swept the Central American and Caribbean Championship gold medals as well as six Guyanese students who had been given scholarships to study medicine in Cuba.

After the bombs had detonated the pilot struggled to try to land the plane but realizing all was lost heroically turned it back to sea to crash so as to avoid hitting beaches and resorts in Barbados and undoubtedly saving many lives.

In 2005 an English language remembrance of this terrible crime -- one of so many by the American imperialists and their allies who maintain an illegal and barbaric, cruel economic blockade and embargo against Cuba still, 60 years after the revolution -- was published in Cuba. It can be seen below.

It includes statements by the terrorists involved and the heartbreaking recollections of those who lost loved ones.


"The person who suffered most was Ninoska, the eldest daughter who was 13 years old at the time. She made an album of all the photos she had of her father and everything that appeared in the press. She is the one who spends the most time looking at the photos". 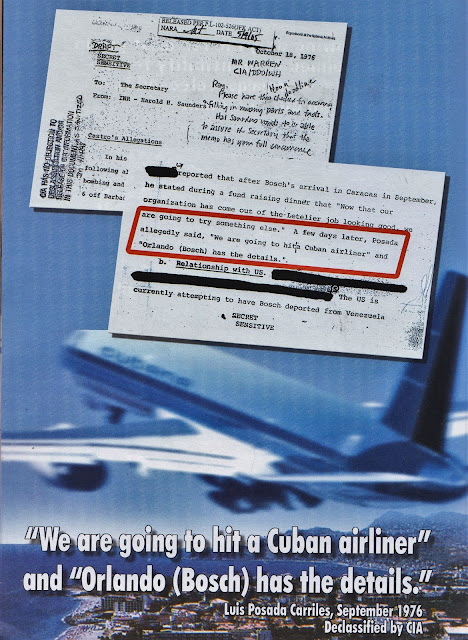 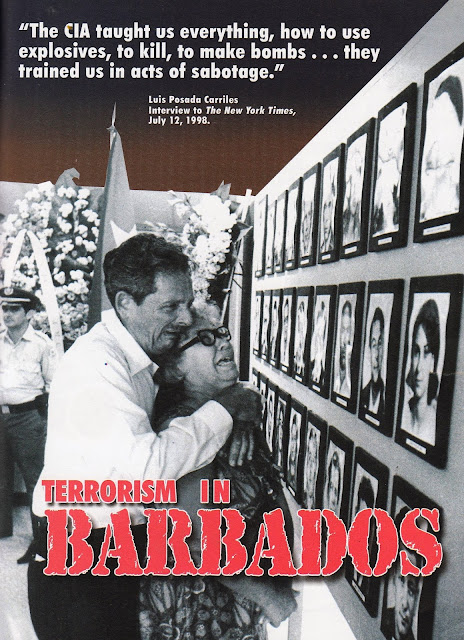 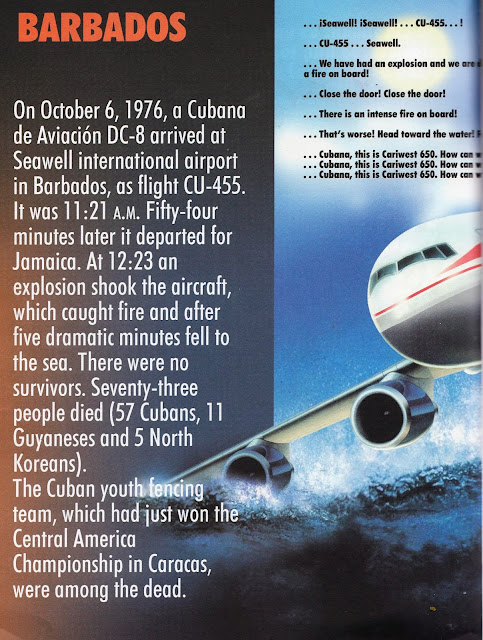 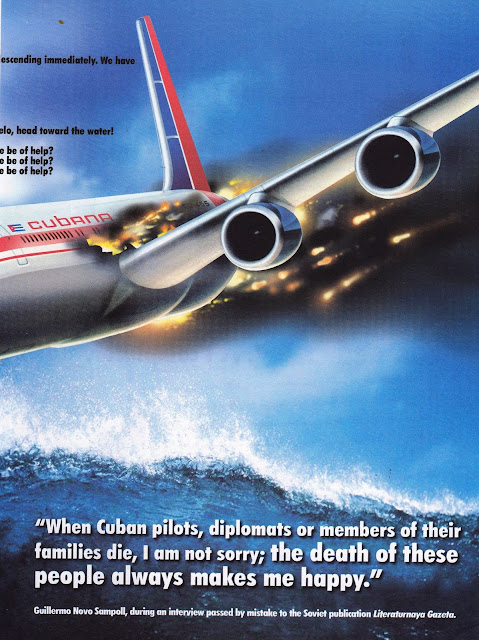 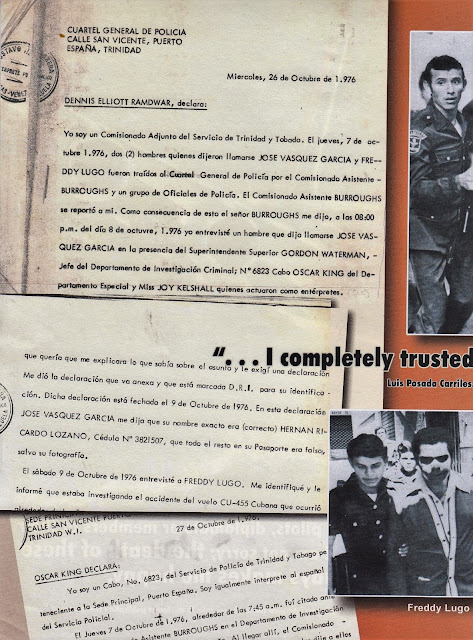 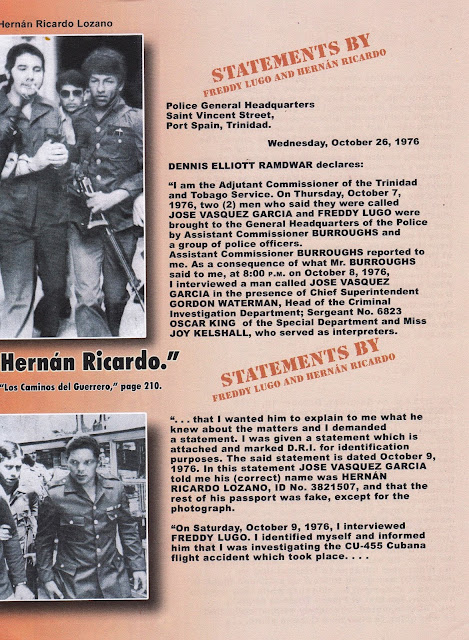 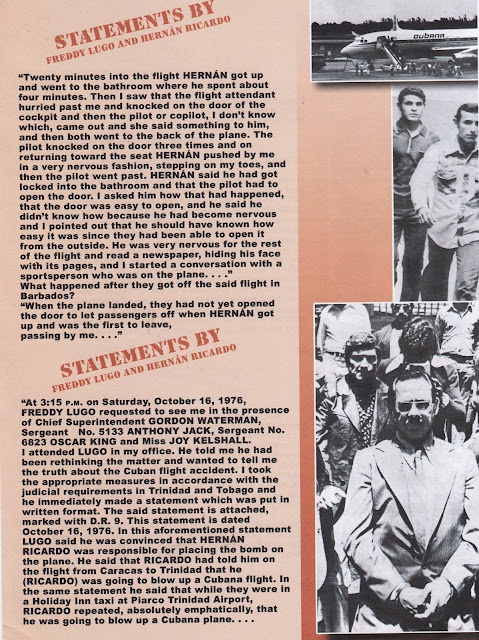 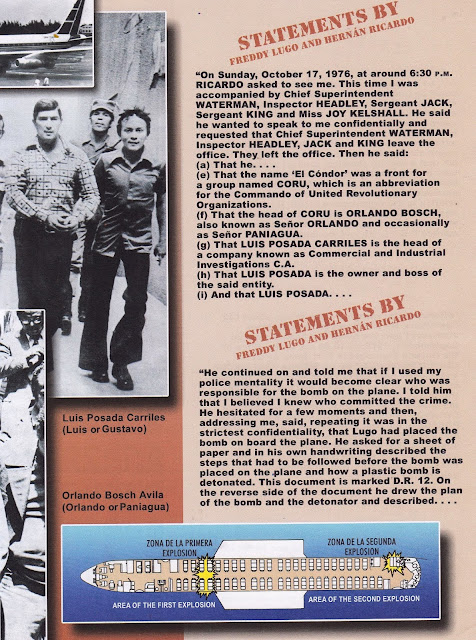 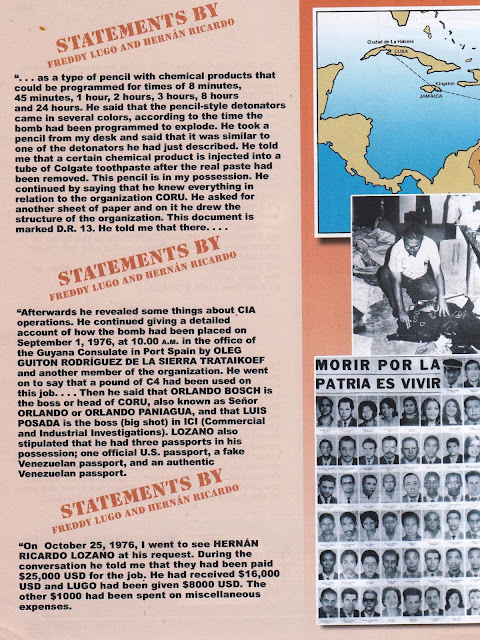 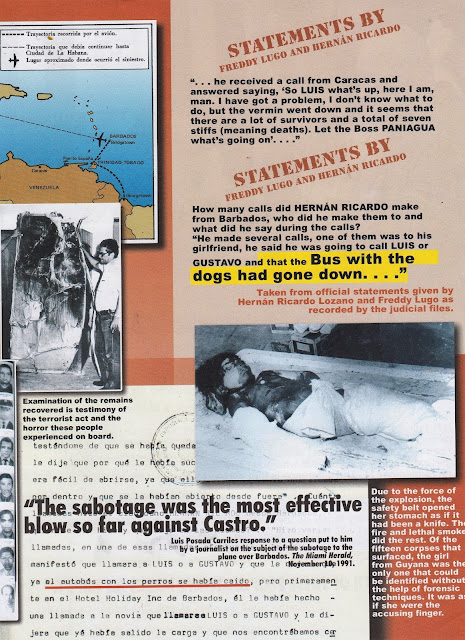 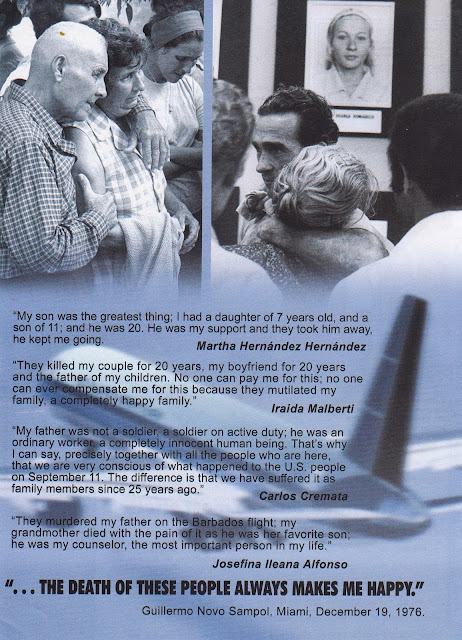 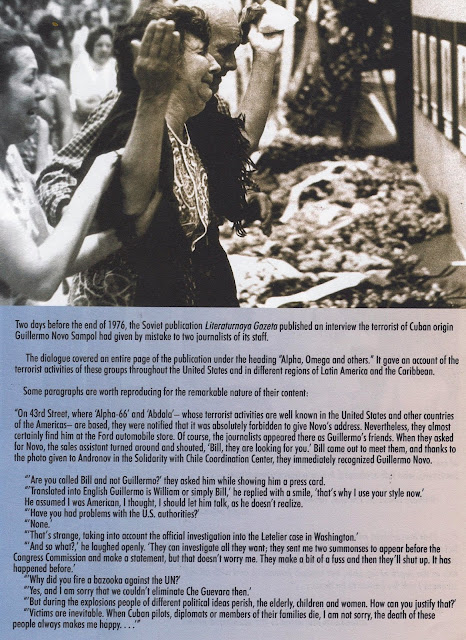 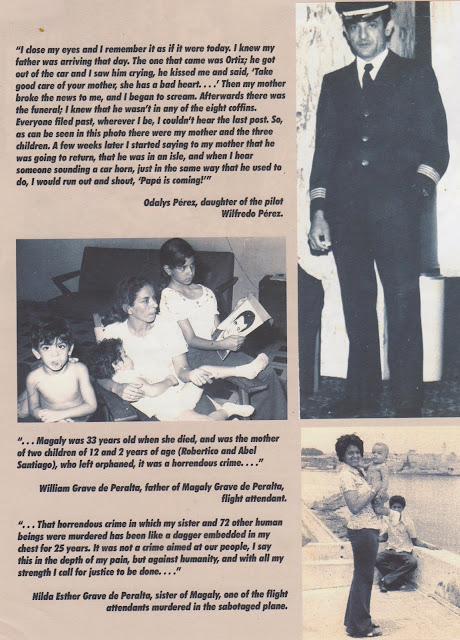 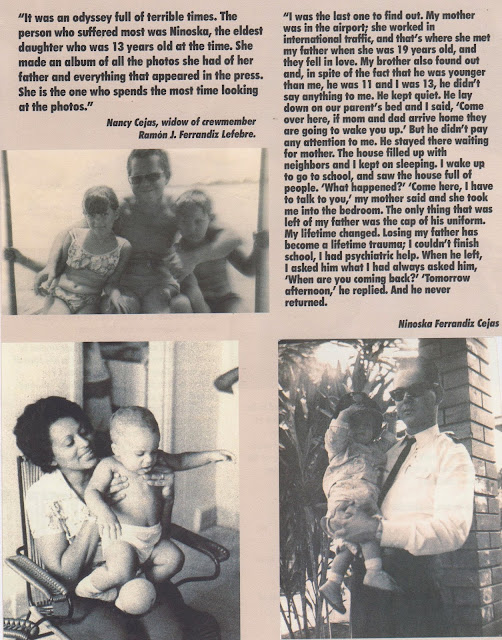 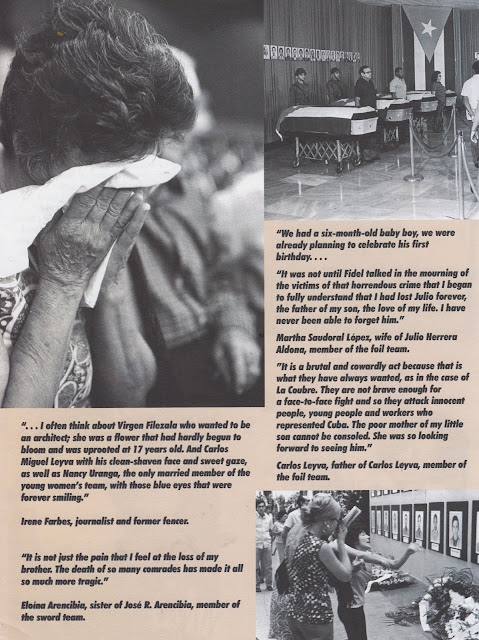 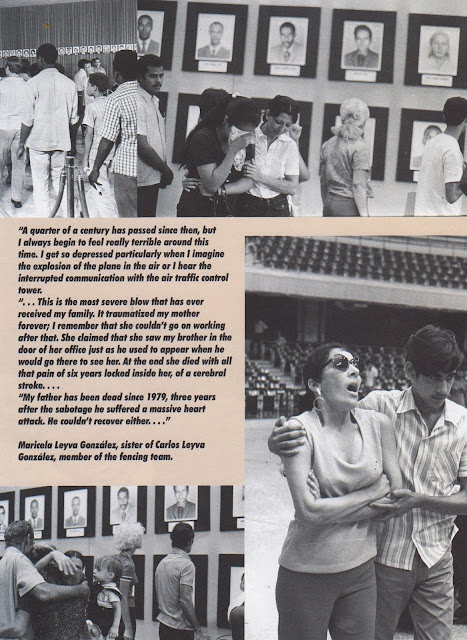 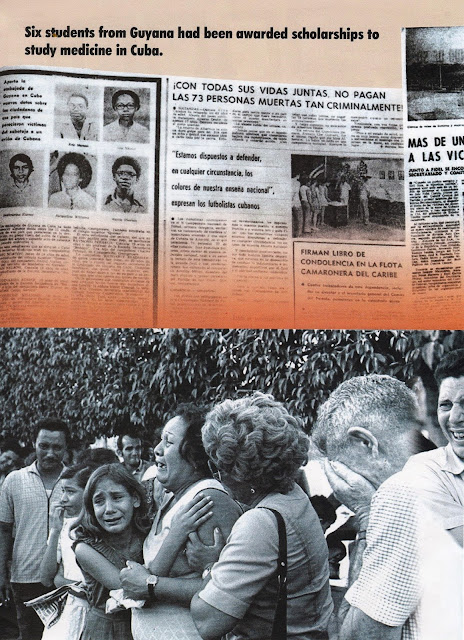 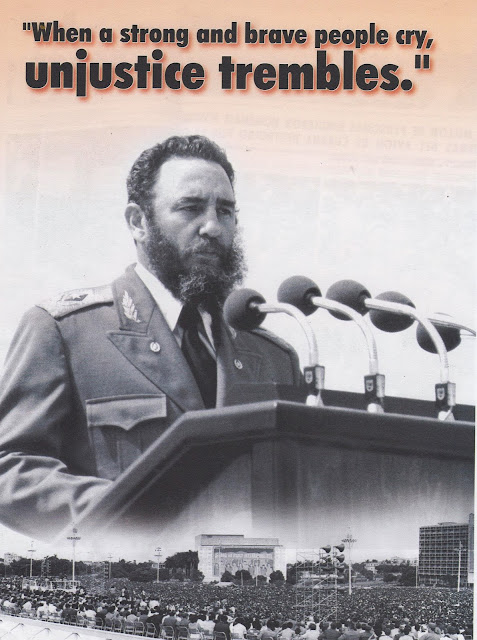 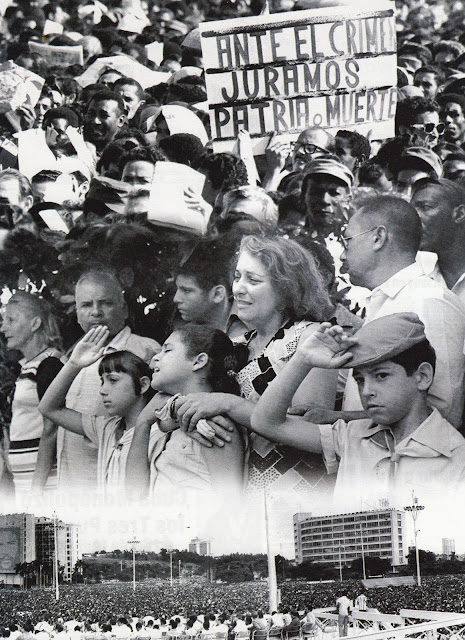 Posted by Michael Laxer at 1:01 PM