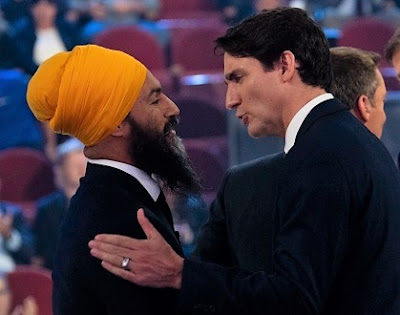 This is the sixth and last of our weekly election round-ups of developments -- as well as the inane, bizarre, humorous and unusually facile -- in the great show that is mainstream bourgeois politics during the election of 2019.

See also our The Left Chapter election editorial from this week with endorsements: Voting Communist, Tactical Voting and Conscientious Abstention -- Leftist Strategy in the 2019 Election

The NDP, its leadership and its partisans, love to tell us over and again that there really is no difference between the Liberals and the Conservatives. Except, that is, when it comes to minority parliaments and coalition time, because then they seem to know full well that there is a difference.

With the polls indicating that a minority parliament is very likely, and with Jagmeet Singh and the NDP in a position to possibly hold the balance of power, both Singh and Justin Trudeau have been musing in various ways about hitching their parliamentary futures together to provide sunshine, lollipops and "progressive" government.

Looking to rally the troops Scheer has been warning that an NDP-Liberal coalition would be far more interesting and radical than I can assure you it actually would be. He has also been trying to rewrite parliamentary history and tradition to claim that the party with the most seats gets to try to form a government when this is not the case as anyone who ever took a public school civics course knows. The former Prime Minister of the previous House gets the first attempt to govern.

But even this absurdity does not go far enough for Scheer in trying to de-legitimize how the Canadian parliament works. The Conservatives are also suggesting in fundraising emails that if the NDP and Liberals governed together despite Scheer winning more seats it would amount to a de facto coup. 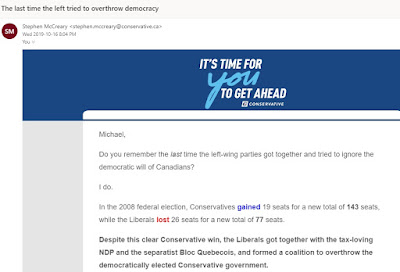 Of course, this is total idiocy. A minority parliament is the "democratic will of Canadians" in the parliamentary/electoral sense. Presumably Scheer is looking for something to get the base all angry about when the Governor General turns to Trudeau first in the event no one gets a majority.

Could it be that Scheer wants a distraction? 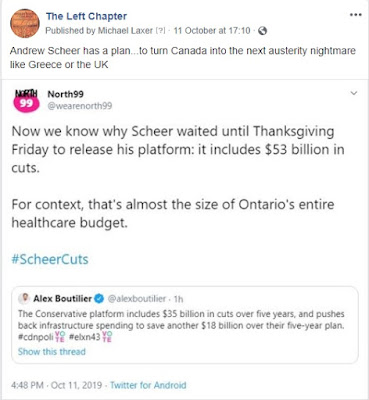 It seems Andrew Scheer is doing his best to make the argument for strategic voting Trudeau wants. Another part of the reason the Conservatives want to cast doubt on the legitimacy of any NDP - Liberal collaboration is that they really have no natural partners to work with in a minority situation. They will either have to hope to govern bill by bill or come to rest on the backing of the Bloc Quebecois in many cases should the Bloc do as well Monday as it seems it might.

Is there an NDP "surge"?

There is no doubt that a combination of the Trudeau brownface scandal, a mediocre Liberal campaign and poor Green campaign, and a better outing by Singh than many anticipated led to a spike in support for the NDP in the wake of the debates. The party went from as low as 12 - 13% going in to around 18 - 19% now. This has likely staved off what looked like a possible annihilation election for them.

Keen to boost the "surging Singh" narrative various reactionaries like the Toronto Sun's reprehensible Tarek Fatah, the vile Brian Lilley and Lorrie Goldstein, and the conservative "pollster" Nick Kouvalis  penned articles suddenly pushing the NDP for rather obvious strategic reasons. Rather shamefully a number of NDP partisans online shared these.

But is the surge real? Insofar as it lifted the party back to being a player in the election again, yes. But it does seem to have stalled now and neither the Liberals nor the Bloc are collapsing as in 2011 so it would not appear any kind of Orange Crush is coming.

Election night will show to what extent their campaign turned the tide.

Jordan Boswell should be dumped by the NDP

Love me I'm a Liberal 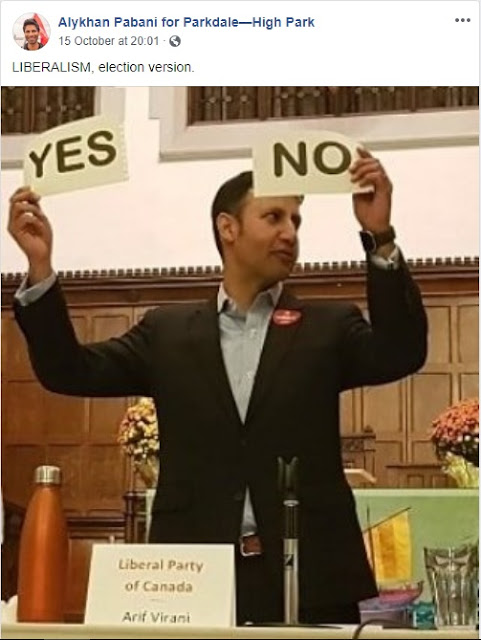 The biggest winner in Canada's election is the military

Dude, where’s my bus? How the election failed public transit 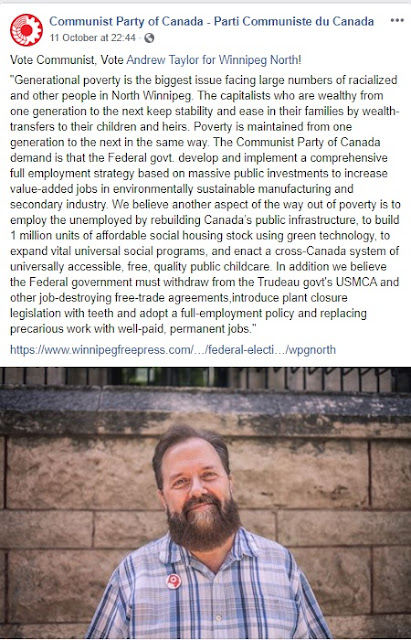 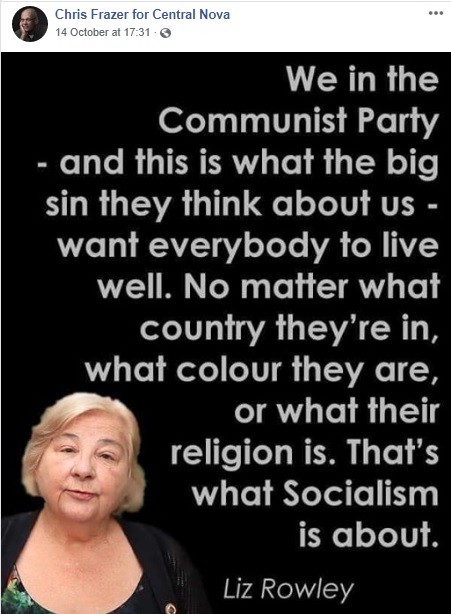