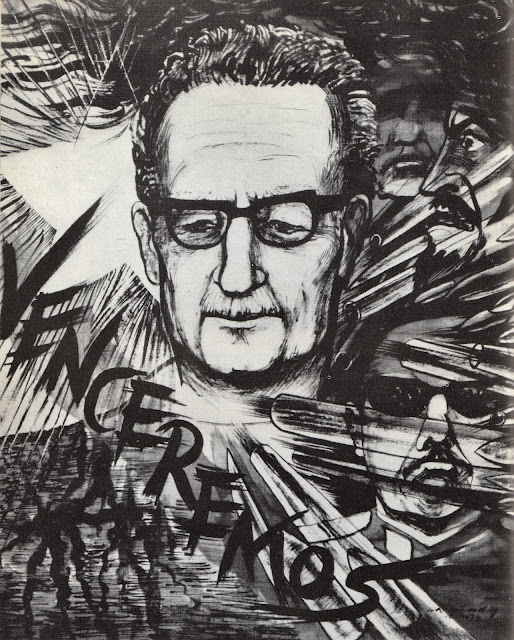 Lea Grundig was a German artist who joined the Communist Party in 1924. After having been imprisoned by the Nazis she fled to Slovakia and then Palestine in 1940. After the war she returned to Germany and lived in the German Democratic Republic.

Her art was widely displayed and this piece in tribute to Allende, who had been overthrown and killed the year before in a fascist coup in Chile, debuted in Dresden. She was awarded the Clara Zetkin Medal in 1964 and the Order of Karl Marx (the GDR's highest honour) in 1976. She died in 1977.