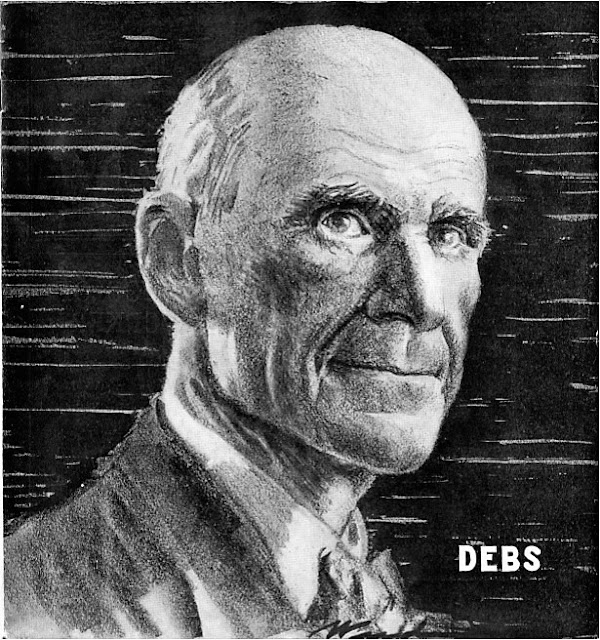 Striking portrait of American Socialist leader Eugene V. Debs for the cover of the leftist magazine The Liberator, May 1919

The previous month Debs had entered prison to serve a ten year sentence for a speech he gave in opposition to the First World War. He would run for President in 1920 while still in prison. He was released by Presidential commutation in December, 1921 after a mass campaign for his freedom.

As he entered the prison Debs wrote “I enter the prison doors a flaming revolutionist, my head erect, my spirit untamed and my soul unconquerable.”

The portrait captures that spirit admirably.

For a letter Debs wrote about his imprisonment to readers of the magazine in March, 1919 see below. 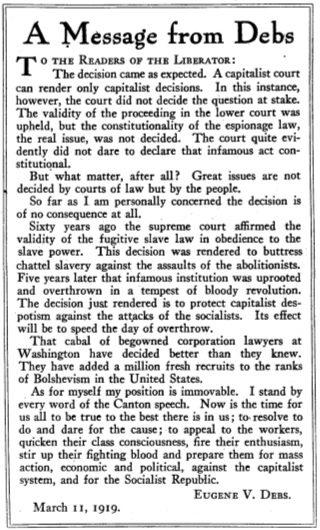 Posted by Michael Laxer at 2:40 PM