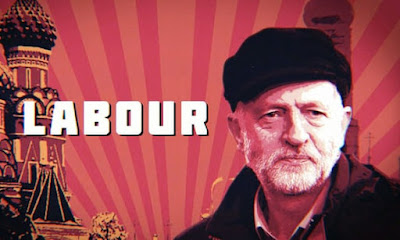 This list covers the week of  May 6-13. It is generally in order of the date of the article's release.


There are 2 pieces from prior to the period that have been included here.

1) White privilege is an academic observation, not an accusation

In an exclusive story, North99 has discovered a blog called Right Wing Canada that appears to have been maintained by Doug Ford’s handpicked candidate Andrew Lawton.

A West Island certified massage therapist is urging Montreal police to examine how they handle complaints of unwanted sexual behaviour after an officer seemed to try to dissuade her from filing a report and repeatedly told her to not be "emotional."

4) I Was Raped. Then, My Rapist Tweeted About It

We need to make Black women part of the conversation, and actively fight against the narratives and stereotypes that have kept women like me from getting the justice we deserve. Once we stop policing Black bodies, stop hypersexualizing Black women and specifically address the issues, ideologies and differences that impact a woman’s willingness to disclose sexual assault, I believe that Black women who felt discouraged from speaking out by fear, shame and guilt will instead feel motivated to share their experiences.

Officials at the Auschwitz-Birkenau memorial and museum have described how they were subjected to a wave of “hate, fake news and manipulations” as a result of the controversy surrounding a contentious Holocaust speech law passed by Poland’s ruling Law and Justice party earlier this year.

For over two years now the neighborhood of Duranguito in El Paso, Texas has been the center of a controversial battle to preserve the area and resist gentrification. Duranguito is the oldest neighborhood in the entire city and is a place of historical importance for the people of and around the area.

The number of children growing up in poverty in working households will be a million higher than in 2010, a new study has found.

VENEZUELAN President Nicolas Maduro promised more revolution and less corruption as tests were carried out at polling stations across the country prior to elections due later this month.

9) The media treads a thin line between truth and lies

10) Doug Ford's billion-dollar claim is not only untrue, it's complete nonsense

There was a point in the first provincial leaders’ debate on Monday night when NDP Leader Andrea Horwath asked PC Leader Doug Ford what he would cut to make his stated budget goals.

Almost half of all renters in Toronto spend more than 30 percent of their income on rent, according to new numbers from the 2018 Canadian Rental Housing Index, a database compiled by the B.C. Non-Profit Housing Association, a housing advocacy agency.

Carbon dioxide — the gas scientists say is most responsible for global warming — reached its highest level in recorded history last month, at 410 parts per million.

The disturbing video recorded in a Lethbridge, Alta., Denny’s Restaurant last month is what everyday racial terror looks like. It provokes and insults, at times denying itself, writes Vicky Mochama.

Released from prison, women from remote towns in Northern B.C. are ending up stranded, missing their bus or ferries home. Lawyers say many should not be sentenced to serve time hundreds of kilometres away.

15) Teachers Are Leading the Revolt Against Austerity

In less than three months, rank-and-file teachers and educational support staff in five states—West Virginia, Kentucky, Oklahoma, Colorado and Arizona—have turned the entire country into their classroom. They haven’t just pushed for—and won—better pay and working conditions for themselves. They’ve also mounted a direct challenge to decades of bipartisan tax cuts for corporations, helping us all understand what austerity means. And by championing a raft of policy proposals to redistribute wealth away from the 1 percent and back to the working and middle-class, they’ve shown us how austerity can be defeated. As Emily Comer, a middle-school Spanish teacher who was a leader in the strikes in West Virginia, put it, “The phase we are in now—to win a real, progressive solution to the health-insurance crisis—forces us to dream bigger. This isn’t just about our healthcare plan. It’s about rebalancing the power of workers and corporations in our state.”

So, he did it. Trump announced on 8 May that he would reimpose sanctions against Iran. This is a breach of the Joint Comprehensive Plan of Action (JCPOA) agreed by President Obama with Iran, the UK, Germany, France, Russia, the EU and China in 2015. The other signatories may now scramble to do what they can to salvage the deal, but it is likely that Iran will simply turn its back on it.

17) The Family-Party-State Nexus in Nicaragua

In 1979 a popular uprising led by the Sandinista National Liberation Front (FSLN) overthrew the U.S.-backed Somoza-family dictatorship which had ruled Nicaragua since the 1930s, and in 1984 the Sandinistas and their presidential candidate, Daniel Ortega, decisively won the country’s first free elections in decades. The Sandinistas introduced a major programme of land redistribution and a significant expansion of public health care and education services. However, initial gains were undermined under the impact of an armed opposition (‘the contra’) organized and promoted by the U.S., a collapse of international raw material prices in the early 1980s, and Sandinista policy errors, including an over-ambitious programme of large-scale investments.

18) Honduras: US, Britain must stop propping up illegitimate regime

United States President Donald Trump regularly professes deep concern for democracy and human rights in Latin America, but the US’s attitude to Honduras highlights the hypocrisy of US policy in practice.

Empty classrooms and over 100,000 on the streets in general student strike called by the Sindicato de Estudiantes (SE) and Libres y Combativas, the socialist feminist platform of SE and Izquierda Revolucionaria (CWI in Spanish state).

It takes a village to raise a child, yet in 2018 very few of us live in villages in Ontario. As a result, child care is an essential service for families with young children. There is no question that Ontario needs a universal, affordable, and high-quality child-care system. As a soon-to-be working mom, child care is central to my ability to participate fully in the workforce, build my career and achieve my personal goals -- pretty lofty stuff.

A 19-year-old Sudanese woman has been condemned to death by a court in Omdurman for stabbing to death the husband to whom she was forcibly married, who she says raped her with assistance of his family.

22) 'Justice was not served:' Sixties Scoop survivors unhappy after approval of $875M settlement

"This is just furthering the injustice; why are we even here?" White Bear First Nation member Anna Parent told CBC News on Thursday evening, after the first day of hearings.

"Everyone is offended. It's a sham."

People who make $85,900 a year and up - including millionaires - would gain the most from Ford's recently announced tax cut.

Rakem Balogun spoke out against police brutality. Now he is believed to be the first prosecuted under a secretive US effort to track so-called ‘black identity extremists’.

25) Free and Accessible Transit Now: Toward A Red-Green Vision for Toronto

Free transit opens the door to a broader transformation of urban life and the current social system. Our ‘Red-Green’ vision is socialist, based on the working class, environmentally just, internationalist, and transformative.

26) This temp agency worker shows up at the same office every day. But his agency says he’s not a real employee

George Fawcett, 31, shows up to the same downtown bank office every day on a schedule set by supervisors who trained him and direct his daily activities. But according to the temporary employment agency that placed him there, he is not actually an employee — either of the agency or the bank.

When hundreds of white supremacists staged a march in Charlottesville, Va., last August, most of the attention was on the counter-protester killed when a vehicle, believed to have been driven by one of the marchers, plowed into a crowd of pedestrians, and on the controversial statements made about the event by U.S. President Donald Trump.

The Sunday Telegraph has paid “substantial damages” to the general secretary of Finsbury Park mosque after it falsely portrayed him as a supporter of violent lslamist extremism as part of a botched attempt to criticise the Labour leader, Jeremy Corbyn.

UKRAINIAN communists issued an urgent call for international support and solidarity today after its offices in Kiev were attacked by security services.

Taking a tip from states across the country that have introduced so-called Blue Lives Matter bills, congressional Republicans and at least one Senate Democrat have introduced legislation to feed the false narrative about a war on cops.

31) Why Everyone Is Wrong about the Censorship Fight at Universities

Suzette mayr’s new novel, Dr. Edith Vane and the Hares of Crawley Hall, features an English professor who realizes early in her semester that something is amiss at her institution. It isn’t just the indifferent students, her Kafkaesque administration, or the general sense of being stuck on the hamster wheel of publishing and grant applications. Rather, the very buildings of the university are possessed by a malevolent spirit that stalks and devours the instructors one by one.

32) Preparing for Power: how will the next Labour government restore our rights at work?

SAM TOBIN speaks to Institute of Employment Rights director Carolyn Jones and John Hendy QC about shifting the balance of power between employer and employee.

33) United as a movement we can radically reshape our society

Britain’s economic system is broken, but the forward march of the left since 2015 demonstrates that we can change it. We mustn’t let the opportunity pass us by.

Thousands of people have joined a trade union march calling for a "new deal" for workers and public services.

The Handmaid’s Tale has inspired a new generation of writers whose dystopian worlds are ever more bleak, dark and sadistic. But where is the hope?

Of the many assessments that emerged in the wake of May 1968, one of the most important interventions came from Lucio Magri, a militant and journalist in the Italian communist movement, translated into English for the Socialist Register. Magri reflects on the shifting class composition represented by revolt and the need to rethink the nature of the socialist party and the relationship between the movements and the party and the strategy of revolutionary forces. These are hardly issues that have receded in importance as we continue to attempt to build socialist ‘parties of a new kind’.

Posted by Michael Laxer at 9:13 AM