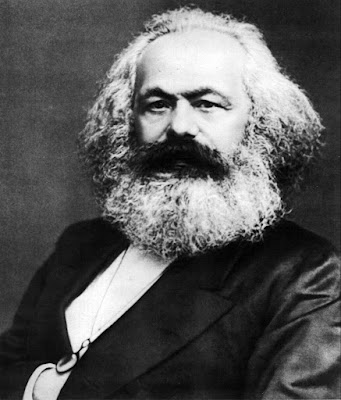 This list covers the week of  April 29 - May 6. It is generally in order of the date of the article's release.


There are 2 pieces from prior to the period that have been included here.

There is a photo that haunts me. Taken by photojournalist Allen McInnis on December 6, 1989, it shows a man taking down Christmas decorations. Out of focus in the foreground is a woman slumped over in a chair. The woman is dead; shot by a misogynist earlier that night in a targeted attack that took 14 women’s lives at Montreal’s École Polytechnique. The contrast of a plainclothes police officer taking down holiday decor with a woman’s dead body beside him is the most haunting metaphor for the mundane reality of misogyny.

2) ‘One woman or girl every other day’: 57 women killed in Canada this year

Molly Hayes, The Globe and Mail

Fifty-seven women have been killed in Canada so far this year − a death toll that spiked by more than 15 per cent in a single day last week after eight women (and two men) died in a van attack in Toronto.

3) Prostitution is not a job. The inside of a woman’s body is not a workplace

A “senior officer” told Haaretz reporter ‘Amos Harel that most Gazans killed by the IDF since March 30th were killed accidentally, claiming that IDF snipers were aiming to wound them but that the protesters either bent down just as the sniper was pulling the trigger or were killed by shrapnel from the ground.

Ontario PC candidate railed against climate change, Muslims and the ‘pussification of the West’ on his Rebel Media podcast.

In an attempt to thwart pro-worker demonstrations planned for May Day in Ukraine, government “security services” broke into Communist Party buildings in that country yesterday, according to press releases sent out of the country by the party. The party statement said the government security forces acted on information provided by Svoboda (Freedom).

By supporting corporate-friendly candidates and policies, Congressional Democratic leaders are be moving closer and closer toward open warfare with their party’s base.

8) McDonald's torched, 200 arrested in May Day protests in Paris

Nearly 200 anarchist protesters were arrested Tuesday after May Day riots in central Paris, where hooded youths torched a McDonald's restaurant and several vehicles during a march against President Emmanuel Macron's public sector reforms.

Thousands of Philippine workers and activists marched in a May Day rally in Manila on Tuesday in protest against what they said was President Rodrigo Duterte's failure to keep a campaign promise to get rid of short-term employment contracts.

10) Labour groups march for rights of underprivileged in Lahore

Several trade unions, including the Red Workers Front (RWF) and Progressive Youth Alliance (PYA), held rallies in the provincial capital to mark the Labour Day and urged the government to ensure labour rights.

11) International Workers' Day: why do so many Danes celebrate on May 1st?

International Workers' Day, or Labour Day, is technically not a Danish public holiday but many employers, especially in the public sector, give employees the day off.

12) Italy: Requiem for the Second Republic

The writing had been on the wall for some time, but the outcome of the Italian election of March 4 shocked almost everyone by the extent to which the status quo was upended. The governing center-left Partito Democratico (PD, Democratic Party) was humiliated: its share of the vote fell nearly 7% compared to the previous general election in 2013 to just under 19%; its secretary, Matteo Renzi, would soon resign his post. The other big loser was Silvio Berlusconi, the dominant figure on the center-right for a generation. His party, Forza Italia (FI, Go Italy!) plunged from 21.6% to 14% and was displaced within the coalition by the increasingly xenophobic, often racist Lega (The League, formerly the Lega Nord or Northern League), which more than quadrupled its share of the vote since 2013, from 4.1% to 17.4%. Over the same period the Movimento Cinque Stelle (M5S, Five Star Movement) had drawn 25.6% of the vote in its maiden appearance in 2013. But back then, the electoral law in force gave the center-left an artificial majority, barely averting parliamentary paralysis. In 2018, despite a new law designed to marginalize it, the M5S and its telegenic new 31-year-old standard-bearer, Luigi Di Maio, raked in 32.7% of the vote, making it Italy’s largest party by far.

The organization representing First Nations in Ontario has joined a nationwide treaty alliance calling for a ban on the Trans Mountain pipeline expansion and other fossil fuel projects.

INDIAN Communists demanded a high-level judicial probe into the killing of at least 39 people in government clashes last week.

Saskatchewan MP Erin Weir, who was under investigation following harassment complaints, has been expelled from the NDP caucus by party leader Jagmeet Singh.

It began as a call to arms to women in Spain after last week’s incendiary acquittal of five men on rape charges in Pamplona.

The sex industry literally commodifies sex and women. This is what a commodity is: a service or product that can be exchanged, bought, or sold on the market. Even if you choose to believe sex is a “service” just like physiotherapy or a manicure, if you are paying, it is a commodity. If you are going to argue that sex is not a commodity and to present it as such is Not A Good Thing, you are going to have to admit that radical feminists have been right all along, and that turning women and sex into things to be bought and sold is indeed a dangerous thing.

20) Tanya Granic Allen will no longer be a candidate for PC Party, Doug Ford says

Doug Ford has fired Tanya Granic Allen as the Progressive Conservative candidate in Mississauga Centre in the June 7 election after the Liberals revealed a video of her making homophobic remarks.

21) Where Are the Riots of Yesteryear? Remembering May 1968

This month marks the 50th anniversary of the wave of radical revolts and revolutionary uprisings that startled the world in 1968 and which – although ultimately crushed by the forces of reaction that dominate the world to this day – left in its wake rights so fundamental that we tend to take them for granted today – for example sexual freedom, civil rights for African-Americans, and women’s equality. Yet a half-century later these hard-won rights are under attack, and people are once again rising to defend them.

Two hundred years ago on 5 May 1818, Karl Marx was born in the German town of Trier on the banks of the river Moselle. Serendipitously, at the start of this bicentennial year, I found myself invited to a wedding in what used to be called Karl-Marx-Stadt, since renamed Chemnitz, in the former East Germany. Communism may have formally collapsed with the downfall of the Soviet Union, yet it has not been extinguished.

24) Marx, London and the First International

Marx’s life demonstrated his engagement with practice and theory, but more importantly it exhibited the unity of the two. A rare achievement.

25) Thousands protest against Macron under heavy security in Paris

Police were out in force in central Paris on Saturday as thousands of people protested against Emmanuel Macron’s sweeping reforms a year after he assumed the presidency.