As far as ephemera goes, the ads that government tourist bureaus/agencies create to pitch their country to foreigners as a destination worth visiting are interesting for a number of reasons.
They speak to how the country wished to be seen at that moment in time as well as to what they thought the citizens of other countries would find appealing.

In the case of the Soviet Union this was also greatly effected by both the Cold War and the USSR's desire to counter the immensely negative portrayal of it in the western press and by western governments.

The ads here are from the 1960s and were pitched at tourists from Canada and the UK. They work as a companion piece to the 1960s tourist brochure we looked at in the post Visit the USSR - A look at the Soviet Union in the late 1960s from Intourist (w. photos)

Intourist was primarily, of course, genuinely trying to attract tourists who, as is true for all countries, can be very good for the economy. But there is also another objective that comes through in quotes like "Touring the Soviet Union, you will see its sights and picturesque scenery, new construction projects, economic achievements, the culture and art of the peoples of the USSR."

There is an obvious hope that tourism would help to soften false narratives about the Soviet Union, show its remarkable achievements and allow people to see a far more diverse and complex society than the monochromatic one they had been led to believe existed. 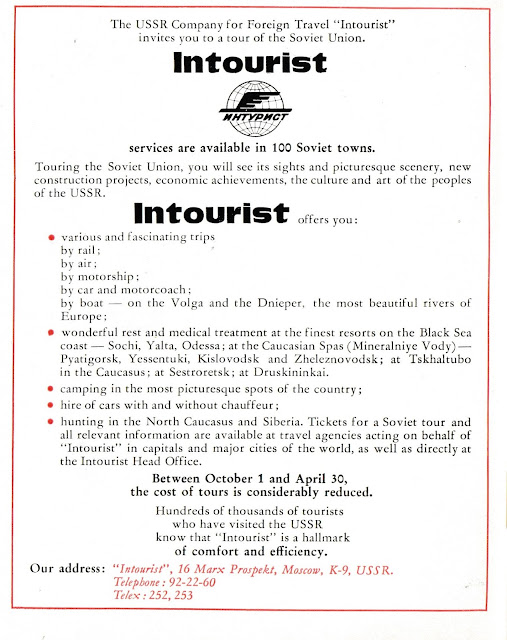 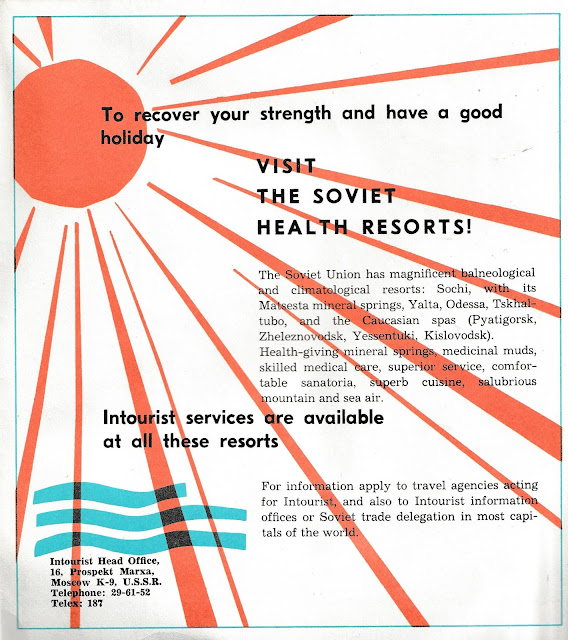 This one pitches more specifically the exceptional health resorts of the USSR.
These were often either free or highly subsidized for Soviet citizens and trade union members.
We have looked at these in the past in posts such as Trade Union Health Resorts and Spas of the Soviet Ukraine - USSR 1983 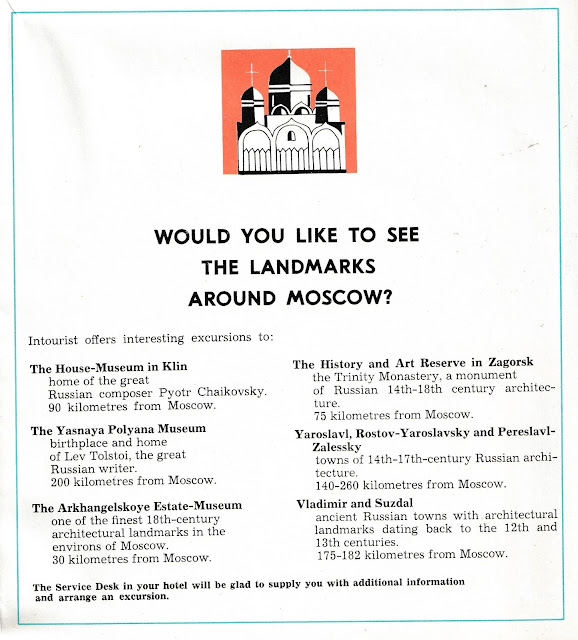 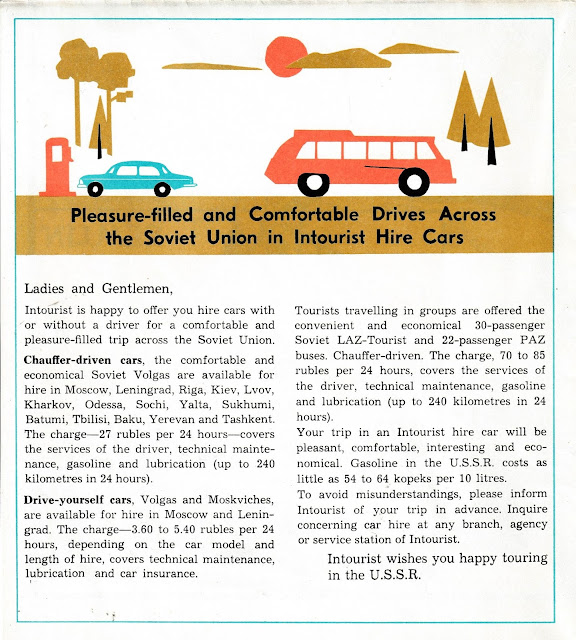 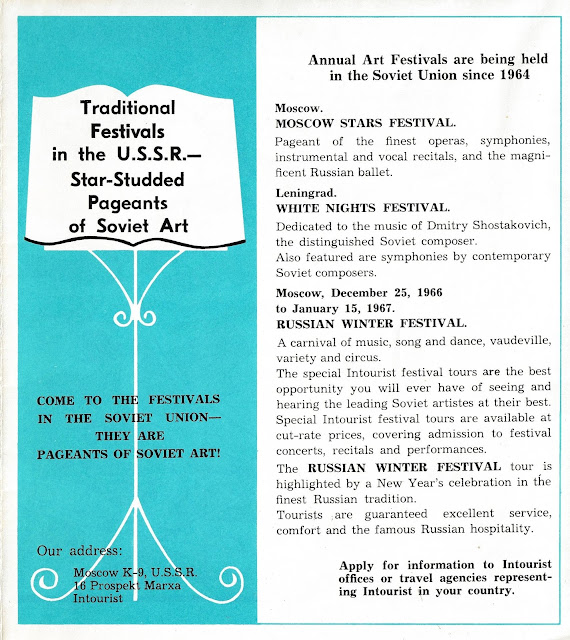 Posted by Michael Laxer at 6:53 PM