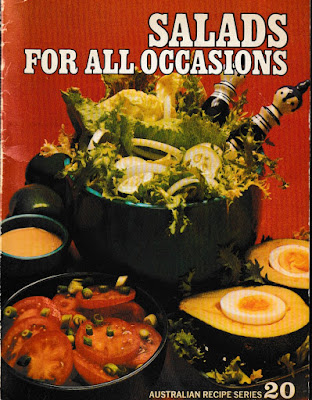 Vintage Cookbook: Salads for All Occasions

Salads for All Occasions from 1973 is apparently a part of the Australian Recipe Series of cookbooks, though this installment, at least, is likely not one that Australians would want associated with their national cuisine.

On the plus side, the cookbook does have some recipes for classic dressings and salads, as well as a handful of variations new at least to me that appear to be passable or, as in the case of May's Lettuce Dressing, probably quite good.

Also, one cannot but have a certain affection for any cookbook that would have a recipe for Cheese Viking Salad even though the recipe itself is dreadful.

Aside from that I cannot help but admire the publication of one truly awful, almost hilariously bad recipe after another or the willingness to propose such things as a Tongue Salad or Sweetbread Salad at all.

The "moulded" salads all look distressingly terrible, while the Overnight Salad is a concoction that I would be embarrassed to serve to my worst enemy.

For camp value, in other words, this one is hard to beat. 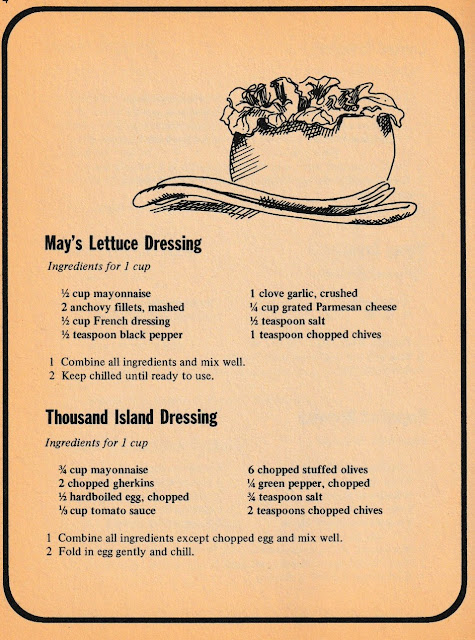 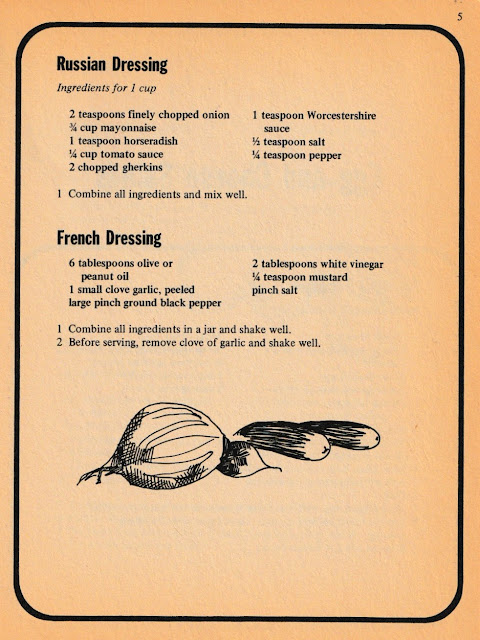 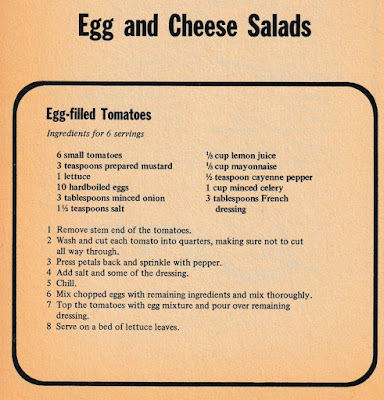 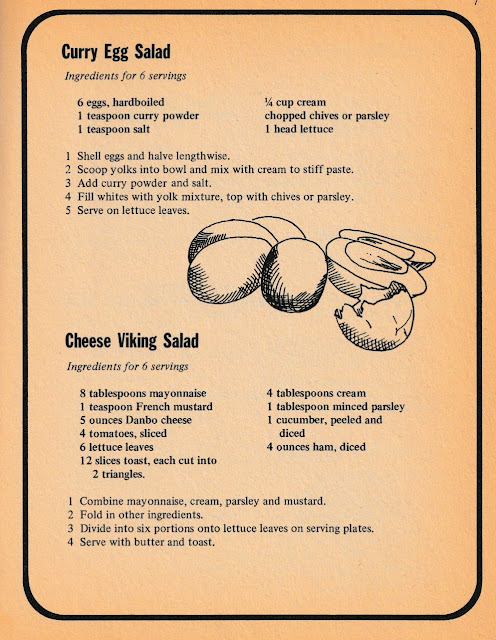 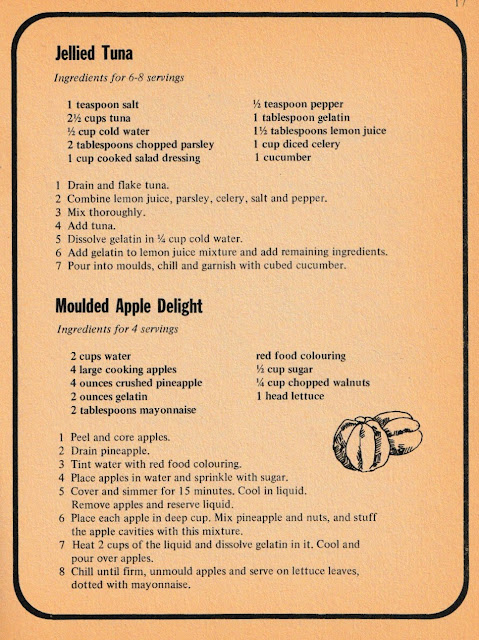 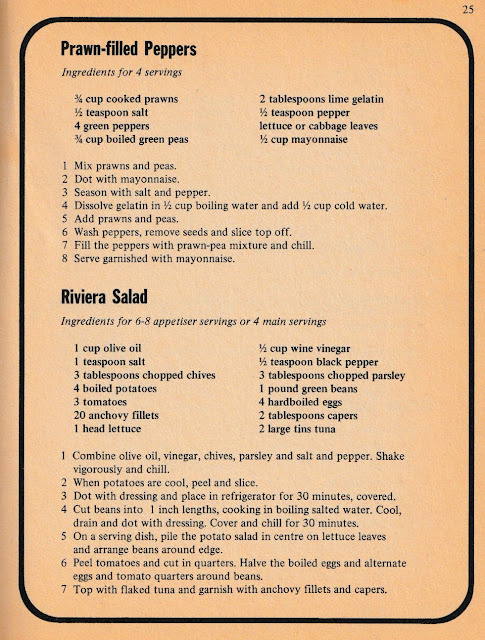 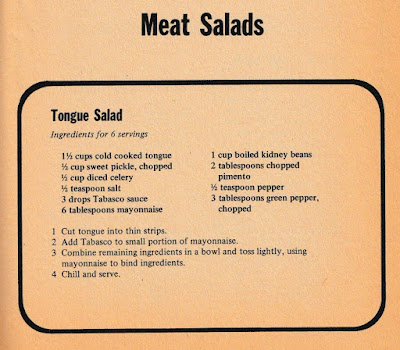 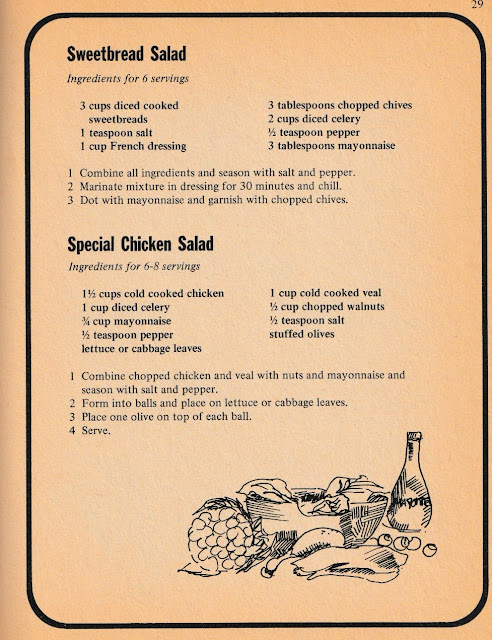 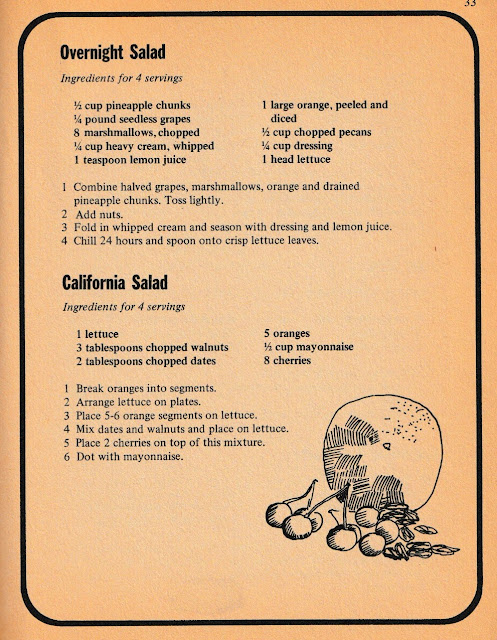 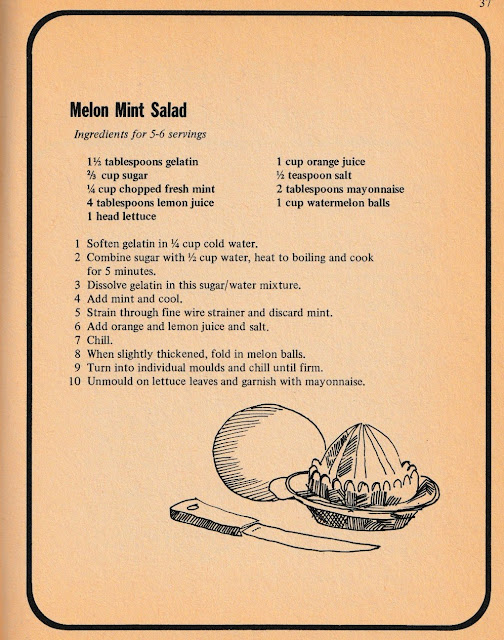 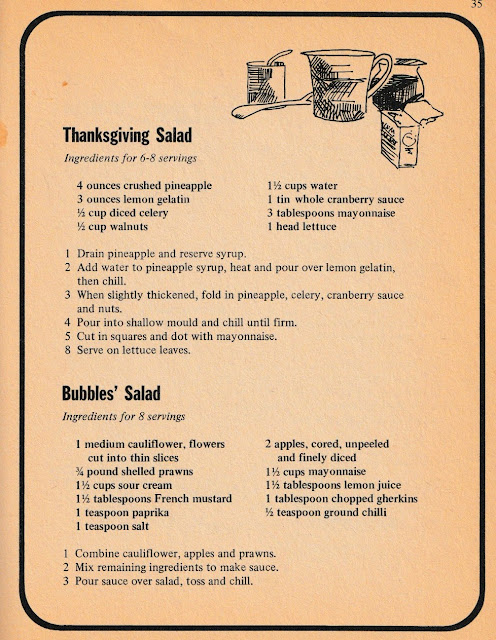 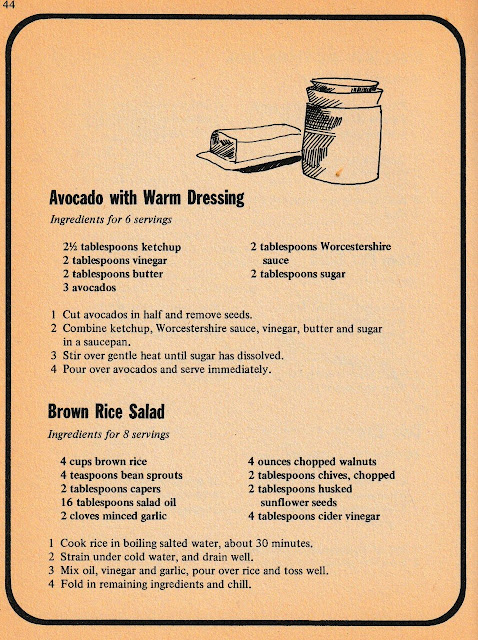