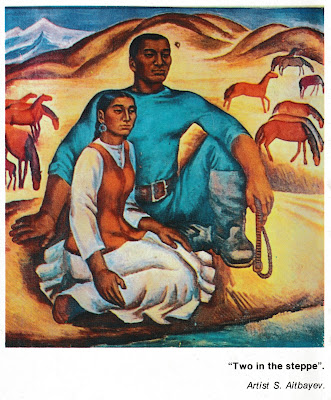 Gleaned from the pages of the July 1982 issue of the Soviet English language publication Socialism: Theory and Practice are articles and blurbs taking a look at the Kazakh SSR. They review various aspects of its development within the USSR and a brief overview of its art.

It is a truly remarkable story of building industry, educational and scientific facilities, and cultural institutions in a nation that had been subject to the oppressive colonial enforced backwardness of Czarism.

Interesting aspects touched on include the transformation of the Czarist military outpost Verni into the modern city of Alma-Ata (now Almaty), as well as the evolution of Kazakh painting.

As a bonus we have included some general "Information items" from the same issue such as the creation of a Soviet racing car, the building of a health resort in Lithuania and the construction of an airport in Yerevan, the capital of Armenia, that bears a striking resemblance to the core part of the station in the Star Trek TV series Deep Space Nine. 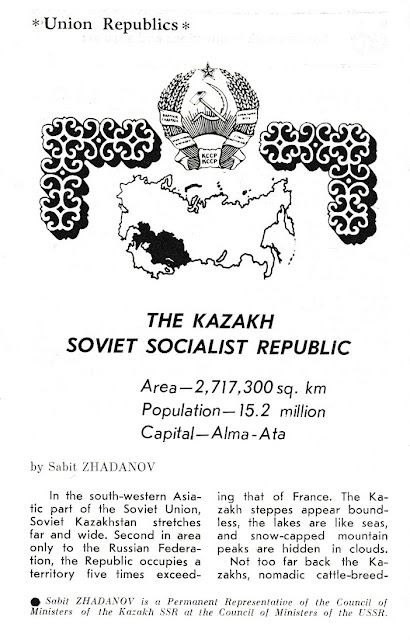 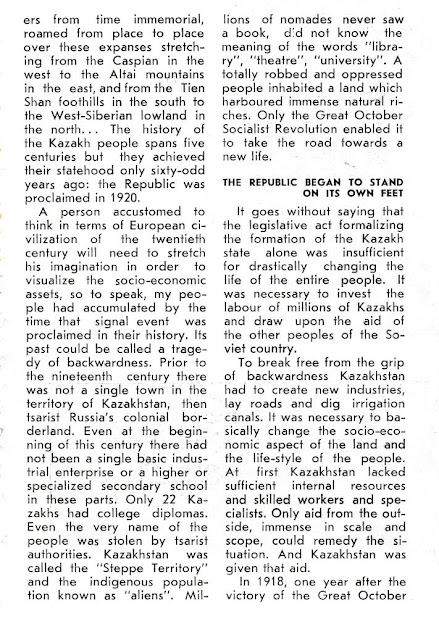 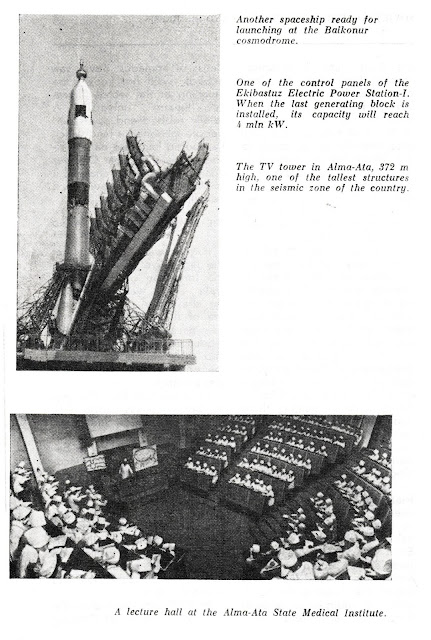 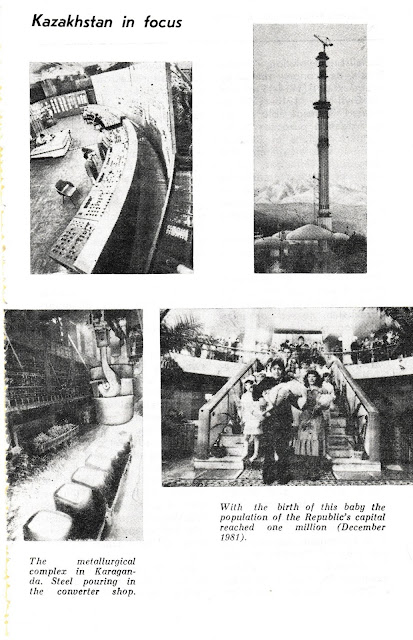 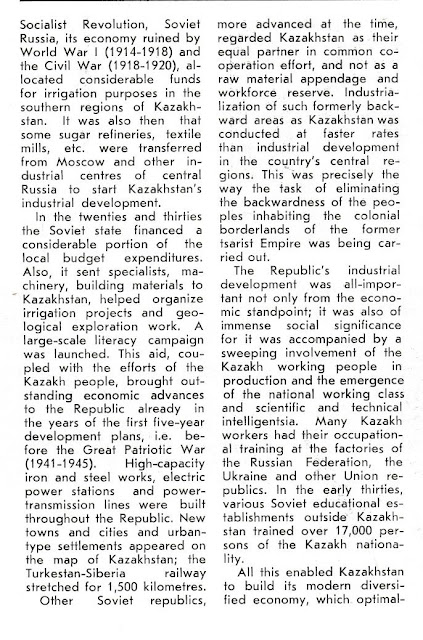 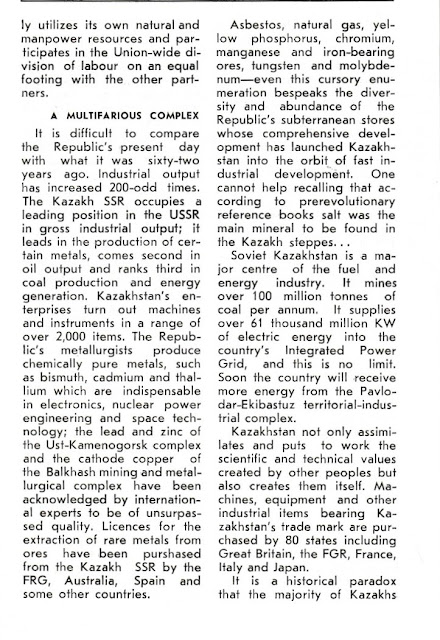 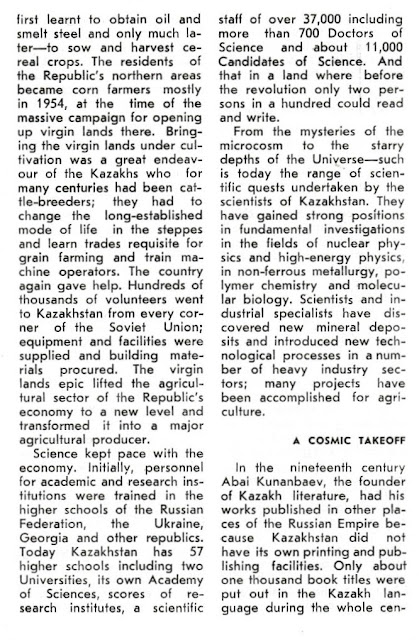 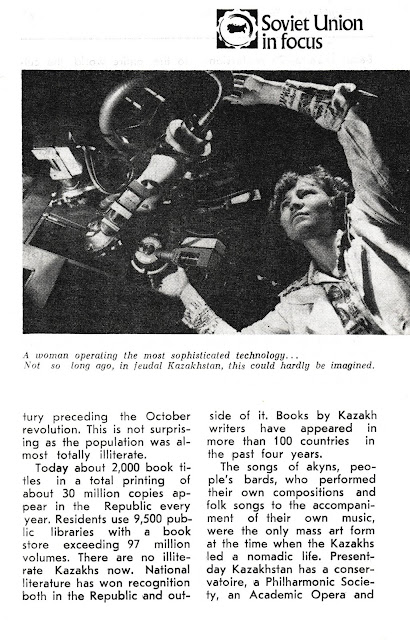 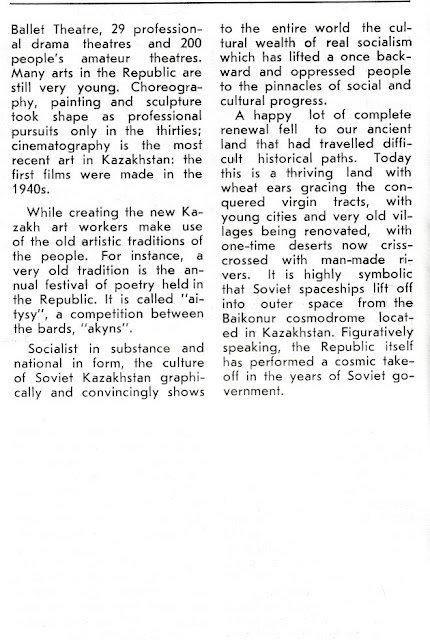 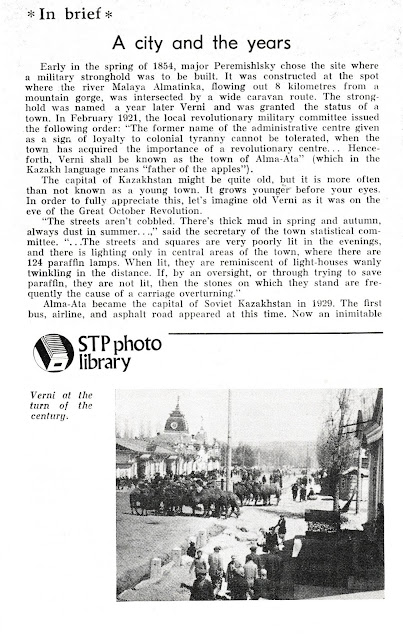 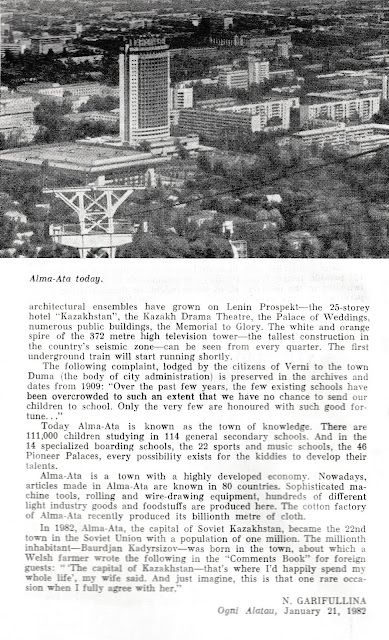 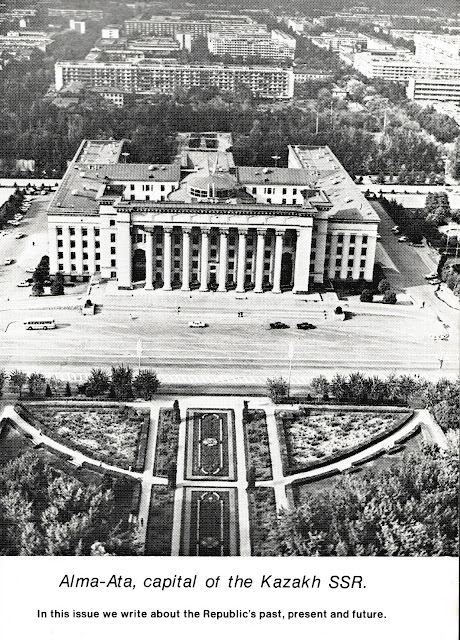 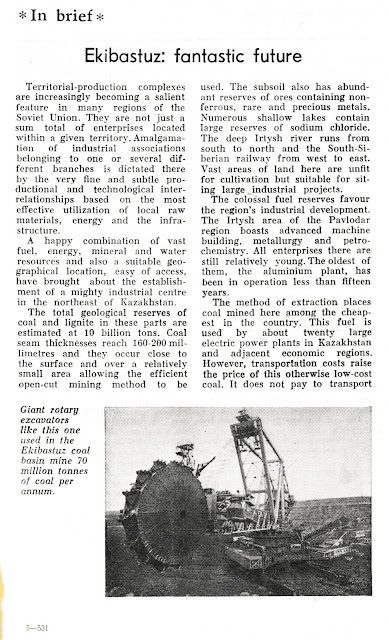 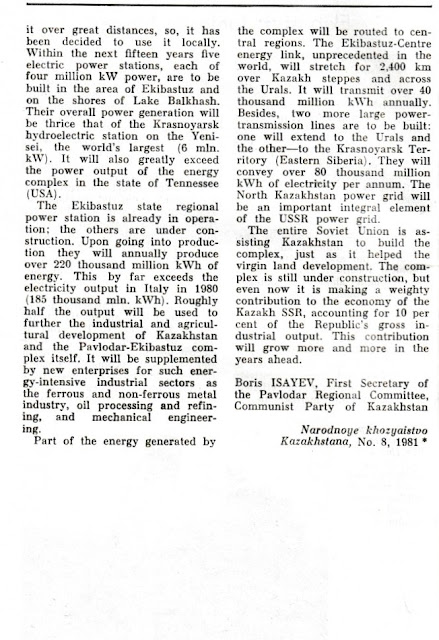 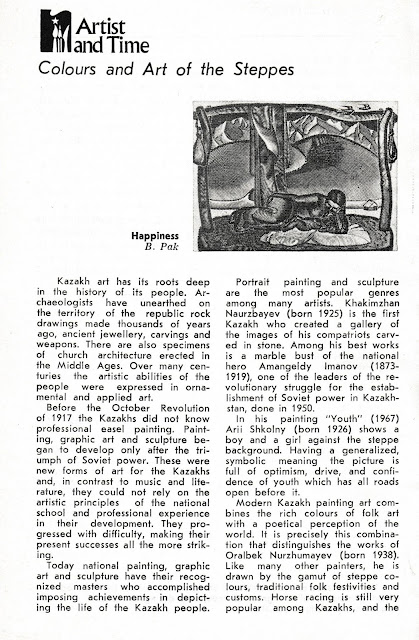 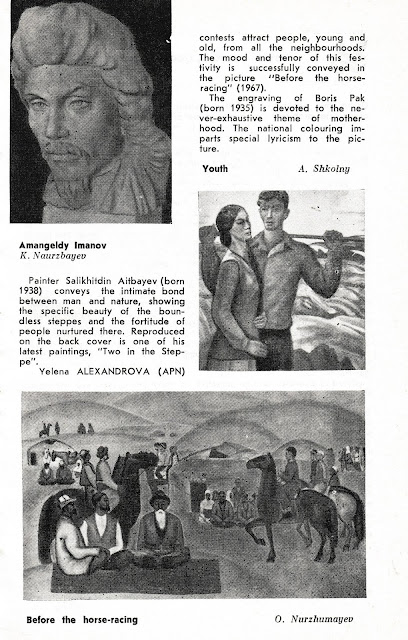 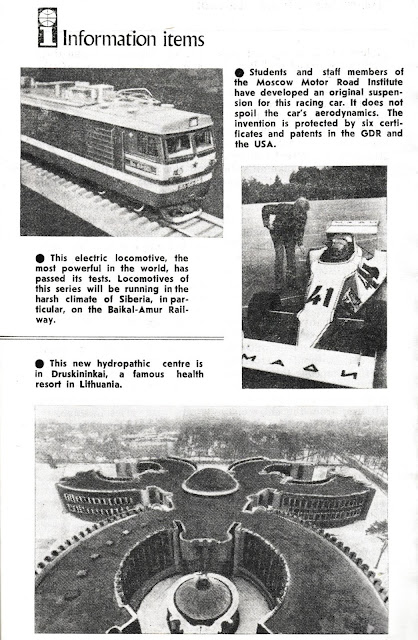 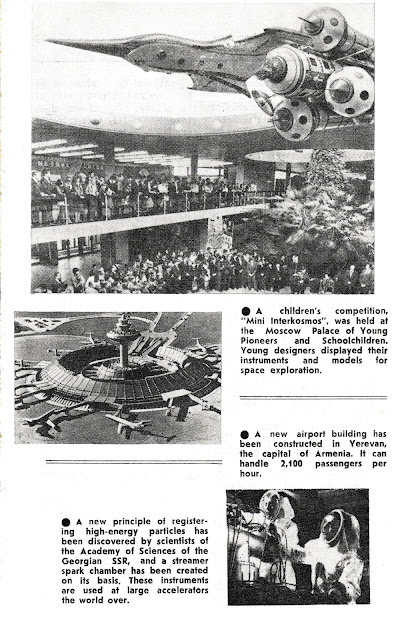 See also: Soviet Tourist Ads of the 1960s - "Intourist wishes you happy touring in the USSR"

See also: Visit the USSR - A look at the Soviet Union in the late 1960s from Intourist (w. photos)
Posted by Michael Laxer at 5:12 PM