Documents of the 3rd Conference of Communist and Workers' Parties of the Region of the East Mediterranean, Near and Middle East and the Red Sea, 1987 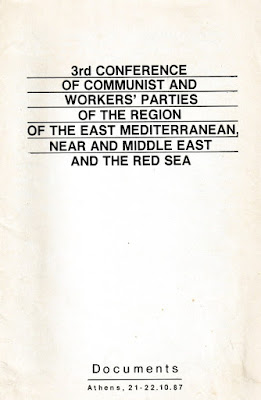 Leaflet: Documents of the 3rd Conference of Communist and Workers' Parties of the Region of the East Mediterranean, Near and Middle East and the Red Sea, 1987

Documents and declarations from a regional conference of Communist and Workers' parties that included parties from countries such as Greece, Turkey, Israel, Palestine, Yemen, Saudi Arabia, Iran, Iraq and others. The conference was held in Athens in October 1987.

An interesting glimpse of the issues facing the region at the time. The conference also issued solidarity messages to the African National Congress and the Sandinistas.

The document ends with a declaration related to the 70th Anniversary of the Great October Socialist Revolution that was coming up in less than a month at that point. It spoke of the tremendous significance of the revolution in world history as well as the critical role played by the USSR in the anti-colonialist and anti-imperialist struggles of the 20th century. It makes for pretty tragic reading now, given the events that would unfold over the next four years. 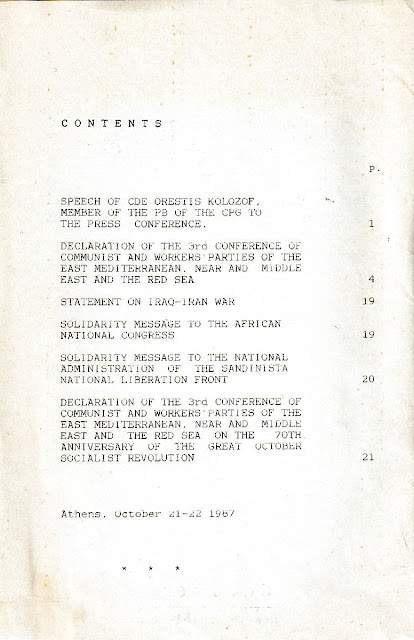 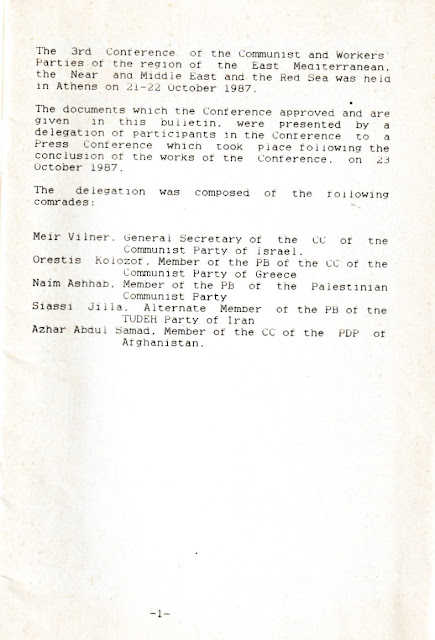 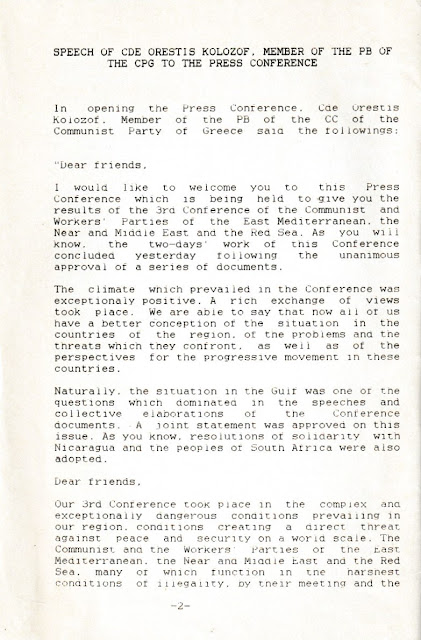 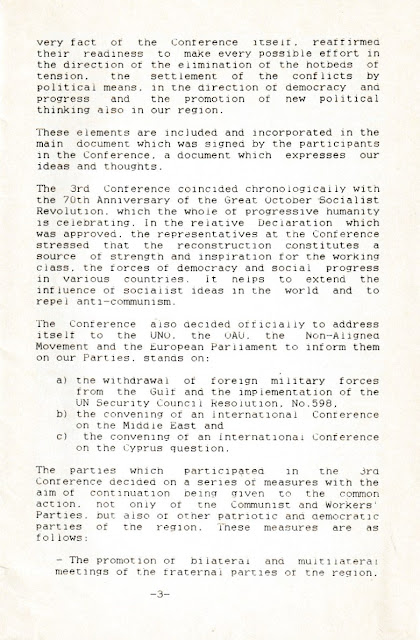 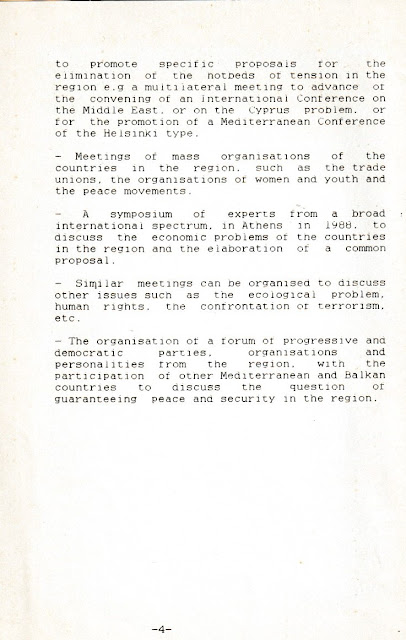 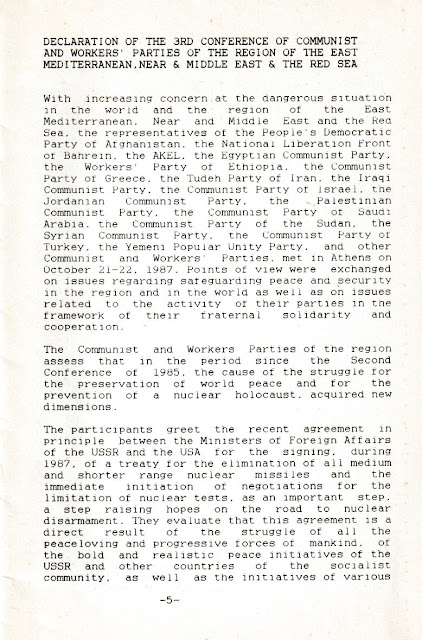 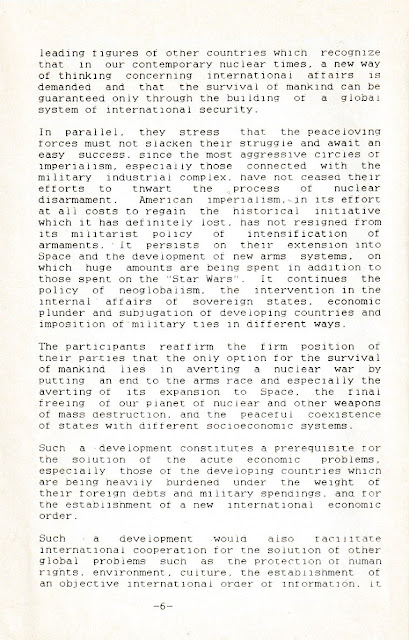 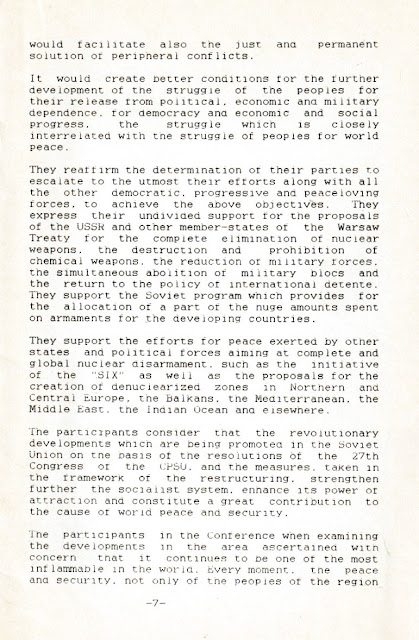 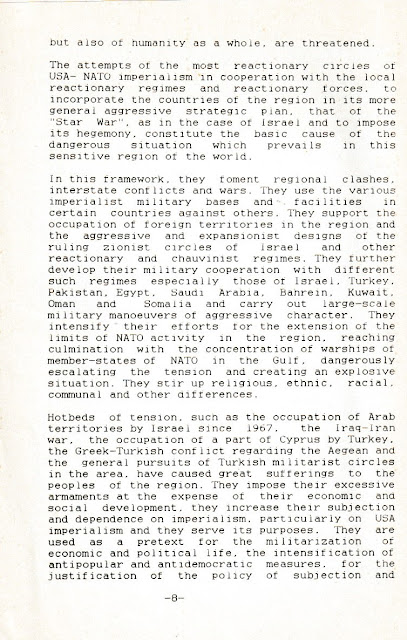 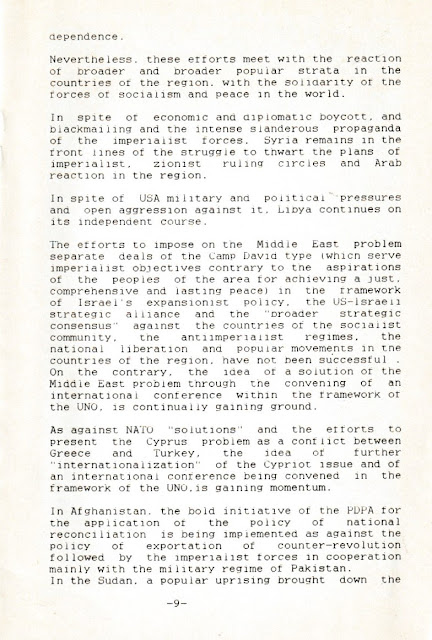 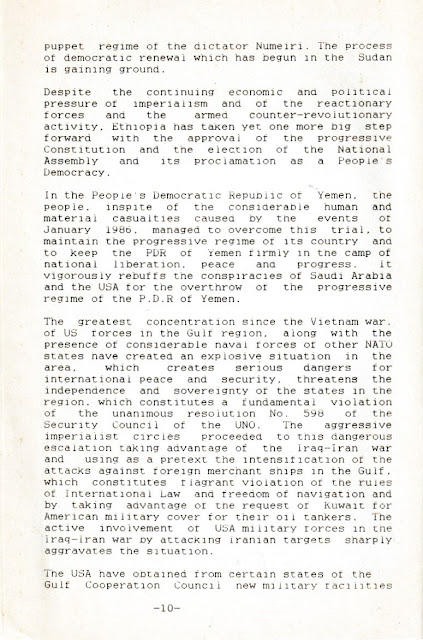 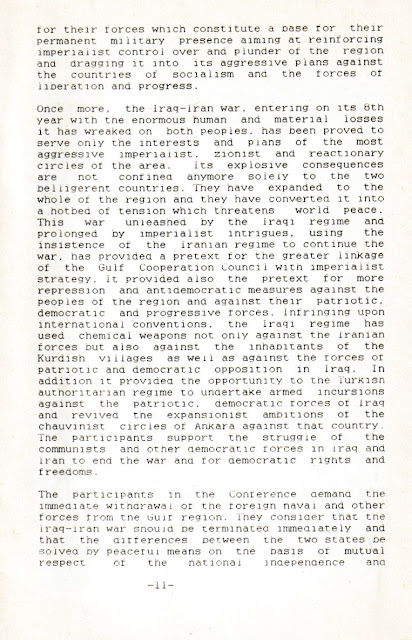 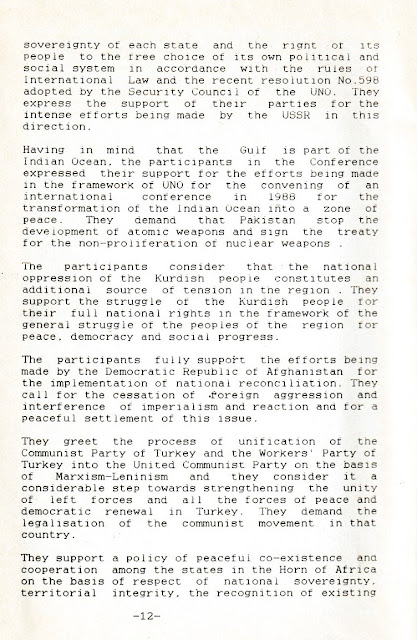 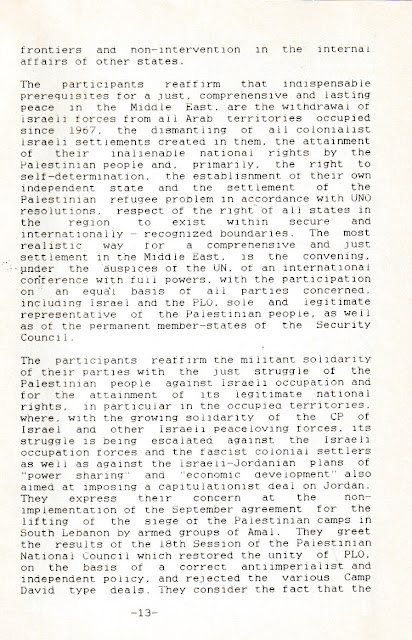 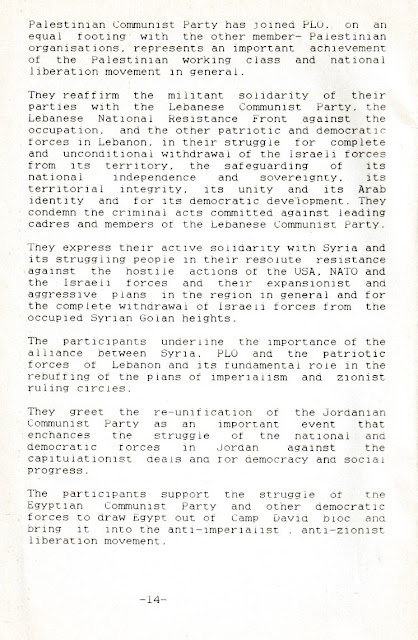 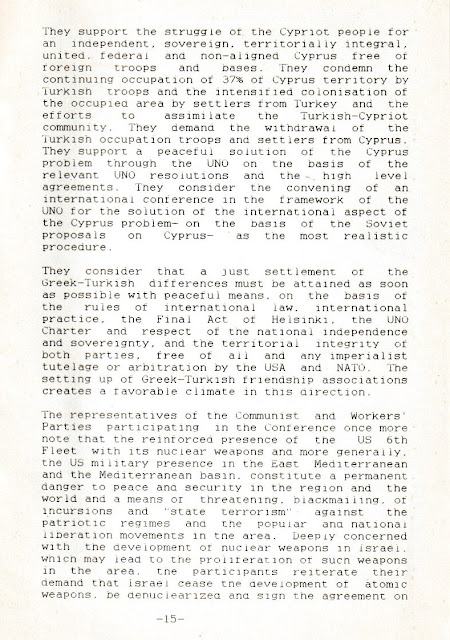 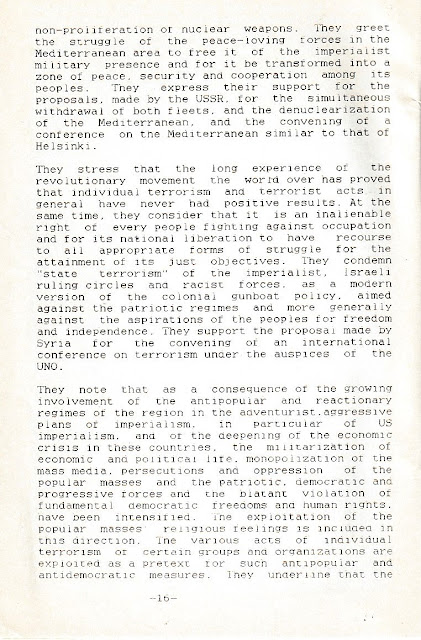 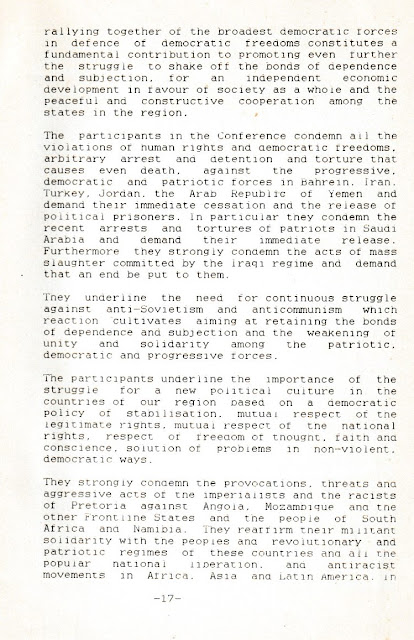 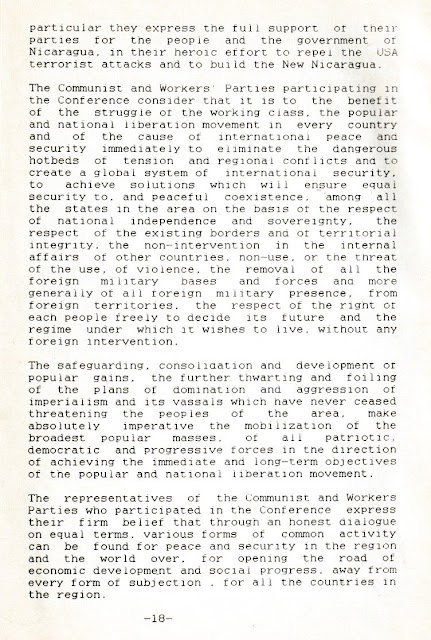 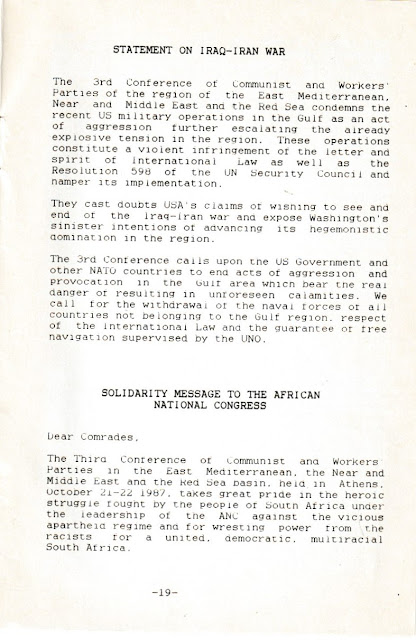 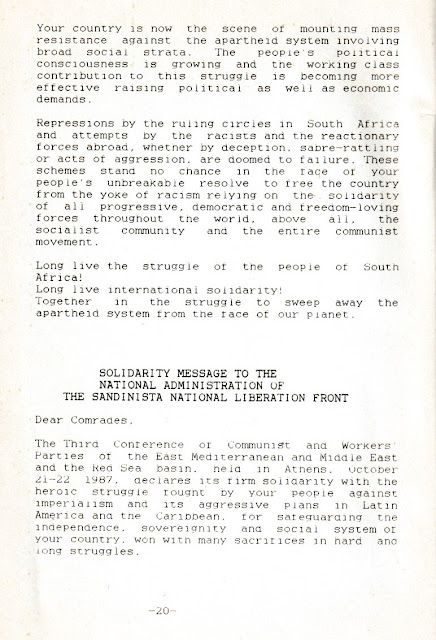 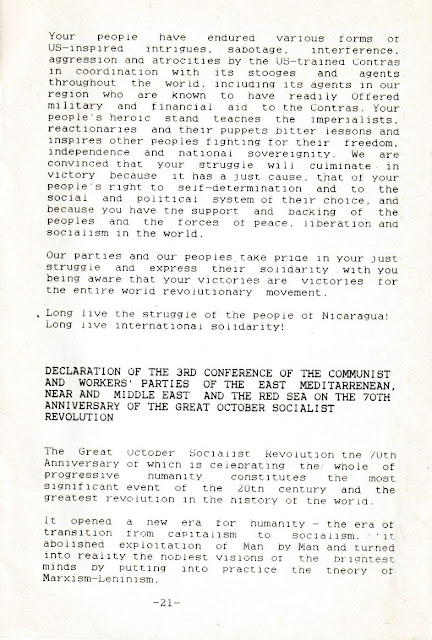 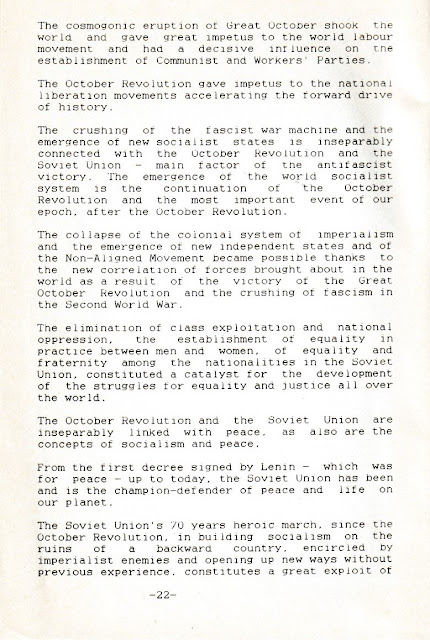 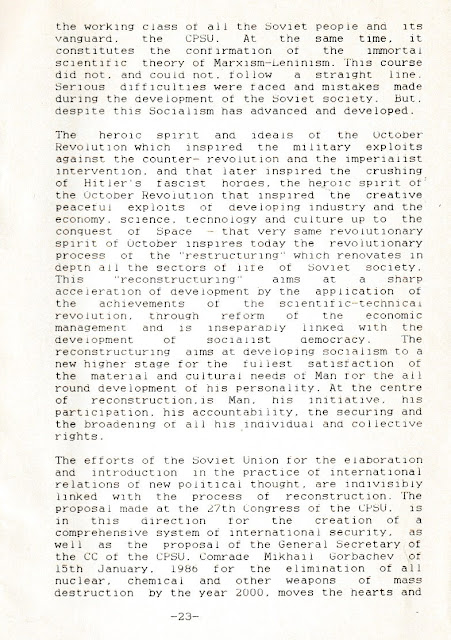 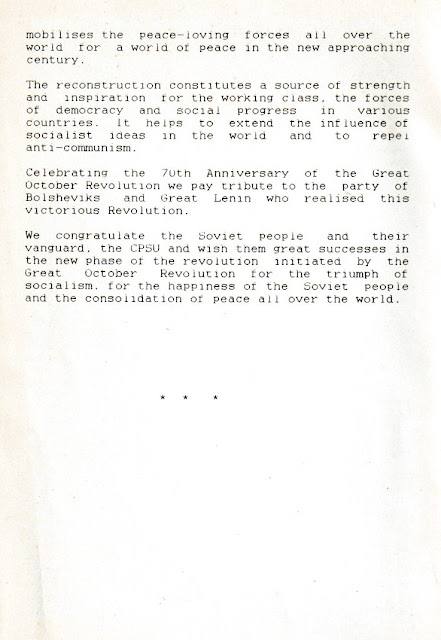 If you have any public, vintage leaflets or booklets you would like to contribute to this project please contact us via theleftchapter@outlook.com
Posted by Michael Laxer at 12:46 PM