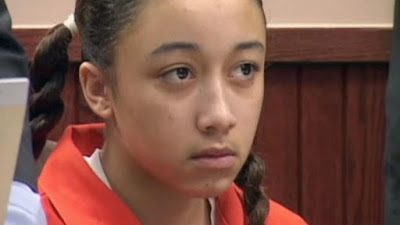 Two members of the Landless Workers’ Movement (MST) of Brazil were killed Saturday night in a rural area in the coastal state of Paraiba, gunned down by two hooded individuals.

2) A day after a neo-Nazi is convicted of murder, associates of the country's oldest, most violent skinhead groups charged with hate crimes

Individuals associated with some of the country’s oldest and most violent racist skinhead groups have been charged with hate crimes in Washington state, just hours after a jury convicted a neo-Nazi of murder for his actions at the “Unite the Right” rally in Charlottesville, Virginia.

FRENCH Communists condemned Turkey’s “dictatorial regime” today, demanding the release of all political prisoners in a statement of solidarity with the Kurdish women’s movement’s hunger strike.

A detailed analysis of never-before-seen police watchdog data has found Black people are “grossly overrepresented” in cases in which Toronto police have used force, especially when it comes to fatal shootings.

A Black person in Toronto was nearly 20 times more likely than a white person to be shot and killed by the Toronto Police Service between 2013 and 2017.

6) Study highlights ‘uncomfortable truth’ about racism in the job market

Racialized workers in Ontario are significantly more likely to be concentrated in low-wage jobs and face persistent unemployment and earnings gaps compared to white employees — pointing to the “uncomfortable truth” about racism in the job market, according to a new study.

Scientists are speaking out against a directive by the Trump administration that has shut down research into a cure for HIV.

8) The undoing of social democracy

FRANCE: Never EVER doubt your own power! The French are taking their country back with sticks and stones.

Will Kirby, The Independent

Emmanuel Macron has promised a minimum wage increase and tax concessions as he addressed the nation for the first time since anti-tax demonstrations around France turned into violent protests.

Egyptian authorities restricted the sale of yellow reflective vests amid fears opponents might attempt to copy French gilets jaunes protesters during next month’s anniversary of the 2011 uprising that toppled Hosni Mubarak.

Francis Maxwell Exposes The Two Justice Systems In This Country.

12) How The US Justice System Failed Cyntoia Brown

On December 6, the Tennessee Supreme Court ruled that Cyntoia Brown, a woman convicted of first degree murder as a teen, would have to serve 51 years in prison before being eligible for parole. The decision disregards many factors including that Cyntoia Brown was solicited for sex by a 43-year-old man when she was only 16, the fact that both Tennessee and U.S. law has changed significantly when it comes to prosecuting minors since Brown’s first trial in 2006, and the outrage expressed by hundreds of thousands in a number of petitions protesting the egregious sentencing of an at-risk-child at the mercy of a series of a predatory men. 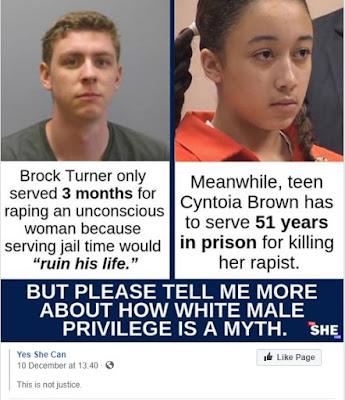 Democratic legislators on Friday called on Tennessee Gov. Bill Haslam to act swiftly to grant clemency to Cyntoia Brown before he leaves office next month.

The legislation committee at the Israeli Knesset yesterday approved 200 extra communities where non-Jewish inhabitants can be banned, Arab48 reported.

Two subspecies of giraffes were recently added to the list of "critically endangered" species for the first time ever, as per athelatest report by the International Union for Conservation of Nature (IUCN), which administers the world's official endangered species list.

16) May's deal is dead: this is what must happen next

Only a general election can break the impasse, and to make it happen we need to get out on the streets and pile the pressure on.

17) CUPW Challenges Back to Work Legislation in Court

The Canadian Union of Postal Workers (CUPW) will file a constitutional challenge today with the Ontario Superior Court after being legislated back to work by the Liberal government two weeks ago.

The interim commissioner of the Ontario Provincial Police is seeking a review of “potential political interference” in the appointment of Toronto police Supt. Ron Taverner, on Tuesday filing a formal letter of complaint requesting that Ontario’s ombudsman conduct a review.

The Commissioner of Ontario’s Provincial Police has written to the provincial ombudsman expressing concerns about political interference in the operations of the provincial police force by the Office of Premier Doug Ford.

The Ontario government has slashed base funding to the Ontario Arts Council (OAC) by $5 million, as well as more than $2 million to the Indigenous Culture Fund.

College of Midwives of Ontario

The College has been advised that the Ministry of Health and Long-Term Care will no longer provide operational grants to the College. We were also advised that this decision is retroactive to April 1, 2018.  This means that the funding we had anticipated for the current fiscal year will not be received. We received this news on November 8, 2018, eight months into our fiscal year.

23) Indigenous youth in Quebec child protection told not to speak their own languages, sources say

'How can we still be doing this?' asks Nakuset, executive director of the Native Women's Shelter of Montreal.

24) More than two years later, no Canadian Panama Papers charges have been filed

Two and a half years after the landmark Panama Papers leak of offshore financial information, the Canada Revenue Agency has yet to charge or convict anyone with offshore tax evasion.

A committee of employees at Amazon’s recently opened Staten Island fulfillment center is going public with a unionization campaign, a fresh challenge to the e-commerce giant in a city where it plans to build a major new campus.

Police investigations into the deaths of nine Indigenous people in Thunder Bay, Ont., were so problematic that they should be reinvestigated, an independent review released Wednesday recommends.

27) Something must be done about the Thunder Bay police

An unprecedented report says ‘systemic racism’ exists within the force, and that there was ‘neglect of duty’ among investigators. Is it beyond fixing?

“Communist Parties around the world are gaining a second wind and are deeply involved in working-class struggles in their respective countries” said Rossana Cambron, the Communist Party USA delegate to the 20th International Meeting of Communist and Workers Parties (IMCWP).

Prime Minister Benjamin Netanyahu has chosen an improbable way of celebrating the 70th anniversary of Israel’s founding: He’s palling around with neo-fascists and coddling Holocaust revisionists.

The Spanish government has announced that it will approve an increase in the minimum wage of 22%, meaning it will go up from €813 to €900-a-month.

31) You Are Stealing Our Future: Greta Thunberg, 15, Condemns the World’s Inaction on Climate Change

32) B.C.’s top billionaires’ average wealth dwarfs that of median Vancouverite by a factor of almost 6,000

The wealthiest people in British Columbia have so much money that the average gains they made on their existing wealth between 2012 and 2016 would be enough to buy over 150 detached homes.

33) The U.S., not China, is the real threat to international rule of law

Jeffrey Sachs, The Globe and Mail

If, as Mark Twain reputedly said, history often rhymes, our era increasingly recalls the period preceding 1914. And as with Europe’s great powers back then, the United States, led by an administration intent on asserting America’s dominance over China, is pushing the world toward disaster.

34) The New Authoritarians Are Waging War on Women

Donald Trump’s ideological cousins around the world want to reverse the feminist gains of recent decades.

35) Mississauga removing all Indigenous symbols from sports teams and facilities

A settlement agreement between the Human Rights Tribunal of Ontario and the City of Mississauga is being hailed today as a victory for First Nations, Inuit and Métis peoples across the country.

A 7-year-old girl who crossed the U.S.-Mexico border with her father last week died after being taken into the custody of the U.S. Border Patrol, federal immigration authorities confirmed Thursday.


The National Union of Metalworkers of South Africa (Numsa) has launched a new political party called the Socialist Workers Party that aims to contest the 2019 elections.

38) Workers look to unionize at Tesla

Some production and service workers at Tesla’s solar panel plant in Buffalo are struggling to make ends meet.

Seven months after the historic referendum in which 66 percent of Irish men and women voted to amend the country’s constitutional ban on abortions, the parliament has approved a bill legalizing abortion.

There is a clear difference between the protests from both Wednesday night and those presently underway in the Hungarian capital this evening compared to previous demonstrations over the past eight years. On the surface, the current demonstrations of around three thousand protesters are about the Orbán regime’s oppressive new labour laws, reportedly adopted due to pressure on the Orbán government from multinational companies in Hungary. But it is clear that the youth-led demonstrations, much more strident and aggressive than most over the past eight years and poorly controlled by Hungarian police, are about the entire regime, as such.

Socialist City Councillor Sanna Magdalena Mörtudóttir has decided to take a monthly pay cut of ISK 158,000 ($1,280/€1,133) and redirect that money to the party’s newly established Maístjarna fund, Kjarninn reports. The fund is intended to empower “those who are worst off” to organise and operate lobbying groups that will work for their interests.

In Belgium, a party of Marxist-Leninist background is mounting a surprising challenge to the mainstream.

A federal judge in Texas said on Friday that the Affordable Care Act's individual coverage mandate is unconstitutional and that the rest of the law therefore cannot stand.

The Ontario government is slashing $25 million in funding for specialized programs in elementary and secondary schools across the province.

Posted by Michael Laxer at 9:49 AM